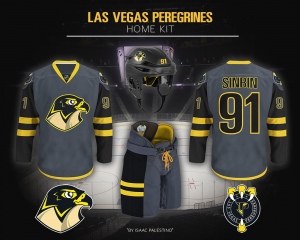 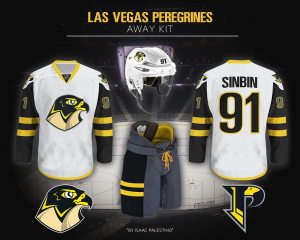 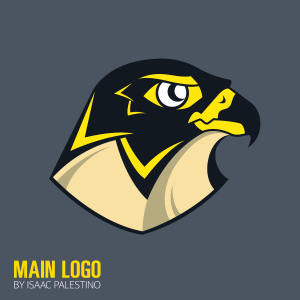 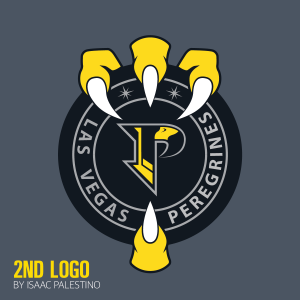 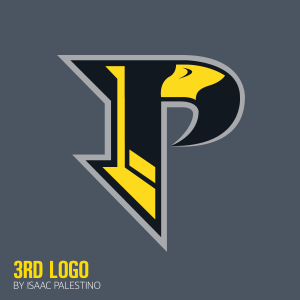 Couple things we should point out. First, take a look again at the bird, there’s an LV in there. Next, the P is a beak and there’s a hockey stick and puck in there too. Last, it’s pronounced “Pair-uh-grins” for when you say to you friends and family today, “Oh my god, did you see SinBin.vegas’ Peregrines jersey concept design, it’s so cool!”

The color scheme is Black, Gold, and Grey because the design was in the works before we got word that it doesn’t have to be those colors. So, feel free to visualize them with blues, greens, oranges, whatever you wish.

Once again, massive shout out to Isaac Palestino for designing these from scratch. Check out the rest of Isaac’s jersey designs here.