This season, diehard VGK fan and legendary combat sports columnist Kevin Iole will be delivering columns a few times a month on usually on Sundays. Today, Kevin lays out what he believes is the correct course of action for the Golden Knights at this deadline. 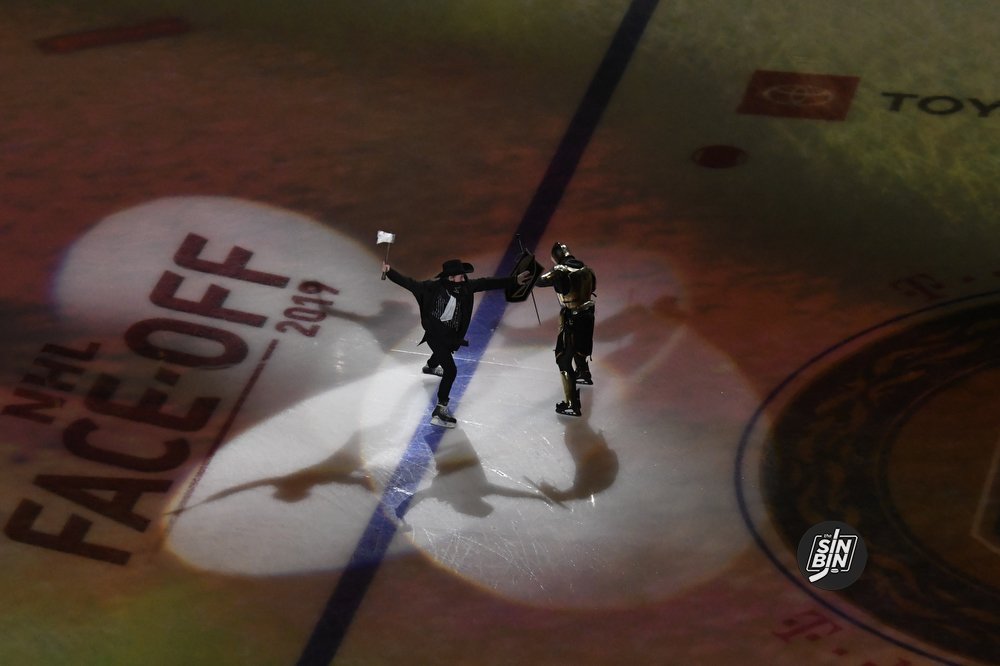 The trading deadline is Monday and in the first four years of the VGK’s existence, it was a joyous time. We were like children waking up on Christmas morning to see what Santa left under the tree.

There was no question that the Golden Knights were going to add at the deadline in any of those four seasons. The question was how big would they go?

This season figured to be no different. But then, the Knights have gone 11-14-4 since Jan. 1 and just completed an 0-5 road trip largely against the dregs of the league. The win against Florida last night was great, but it doesn’t change what has happened over the course of the last three months.

This time, the trading deadline arrives and the Knights are a team in disarray, no longer a Stanley Cup contender and perhaps a team that may play its way into the draft lottery.

The deadline will still come, and it’s clear the VGK need a lot of work — for next season. The bulk of that can be done in the summer, but this trade deadline can give it a start.

Here are moves I would make if I were Knights GM Kelly McCrimmon to help fortify the team for a run at the 2023 Stanley Cup:

1. Shut down Alec Martinez for the remainder of the season: There is something seriously wrong with the guy, and it goes well beyond getting cut in the face by a skate in November. Nobody in the game is tougher than Martinez, and the fact he’s not playing five months later is an ominous sign.

This season is lost; even if they somehow miraculously sneak into the playoffs, they’re not winning the Stanley Cup this year. So shut down Martinez for the remainder of the year and hope he comes back in September fully health.

2. Take offers on William Karlsson: Wild Bill scored his first goal in 20 games… into an empty net. In 25 games in 2022, Karlsson has five goals and nine assists. That’s not cutting, particularly when his defense isn’t as good as it once was.

It’s been a steady decline, and VGK can’t afford that while paying him $5.9 million, not with $10 million a year due to Jack Eichel, $9.5 million to Mark Stone and $8.8 million to Alex Pietrangelo. They need to find guys who outperform their contracts when you have that top-heavy of a lineup.

Move on from Karlsson and see if that money can be better allocated elsewhere, like bringing Reilly Smith back. The pick, or picks, they get for dealing Karlsson at the deadline will be useful for a club which has traded so many of them.

3. Do what can be done to dump Evgenii Dadonov’s salary: The Golden Knights aren’t in a position to deal draft picks, and they’re going to have to send away some high ones in order to get anyone to take on Dadonov, who has a $5 million cap hit this year and next.

I’m well aware that he scored twice last night, but he’s been abysmal for the most part, which is no surprise because he was abysmal last year when he was with Ottawa. The Knights need to acquire, not lose, draft picks, but Dadonov is a special circumstance. There’s no way he can be on this team next year because the evidence is staring you in the face that he can’t produce. And at $5 million per annum, that’s an issue.

Maybe the VGK can send Dadonov, a prospect like Ivan Morozov and perhaps a third- or a fourth-rounder to a team like Seattle or Arizona to take on Dadonov. Teams know how desperate the VGK will to get rid of him, so the pick may have to be higher. But that $5 million must be gone.

4. See what is out there for Mattias Janmark: Janmark was acquired at last year’s deadline, and despite the high cost of a second-, a third- and a fifth-round pick, he was worth it because of that hat trick in Game 7 against Minnesota.

Janmark has been sick or hurt much of the year, and hasn’t contributed much, but he can help a team if he’s on the third or fourth line. He was on a 15-game goalless drought when he got injured, so it’s not like he was tearing things up.

So maybe they get a sixth- or seventh-rounder for him. Fine. A seventh-round pick once turned into Joe Pavelski, so you never know.

5. Think about moving Shea Theodore: This is a tricky one, because for much of his VGK career, Theodore looked like a top pairing defenseman and, optimistically, like he could develop into a No. 1.

That hasn’t happened, but at a $5.2 million cap hit, he’s fine as a No. 3 guy who gives the Knights two theoretical threats from the blue line with Pietrangelo.

Theodore for some reason has look lost this year, like he’s gotten William Karlsson Disease. And for a guy whose calling card is supposedly his offense, I don’t think he’s scored since the Carter Administration.

He’s now gone 21 games without a goal, which is more than a quarter of the season. He’s only had eight assists in that span.

Trading him comes with risk, because he’s 26 and has played well for the franchise. And if they move him, they’ll be relying on Pietrangelo, who will be 32 to start next season, along with Martinez, who will be 35 and Brayden McNabb who will be 31. If you didn’t know this, hockey players generally don’t improve in their 30s.

They can look to move Theodore at the draft, because there’s no hurry and trading him isn’t a necessity. But a lot of times, urgency pushes prices up at the trade deadline. If they can get a team that is in need of a good defenseman, they might — might — get a first for him. Before you scoff, look at the reports that there’s a bidding war for Montreal’s Ben Chiarot, who analytically is one of the worst defensemen in the NHL this year. He may fetch a first. If he can, why not Shea?

They’d then be able to sign those in need of new deals, notably Smith and Nic Roy, to contracts, and have money to play with to fill holes via trade or signings.

And under that scenario, they’d have the Eichel-Stone-Pacioretty line back, along with two-thirds of the Misfit Line with Jonathan Marchessault and a re-signed Smith.

Their center depth would be Eichel-Chandler Stephenson-Roy-Brett Howden, which wouldn’t be the best in the NHL but wouldn’t be a glaring weakness.

They’d have the ability to get bigger, younger and faster and not be so cap-constrained.

And then, maybe we’d once again be able to speak of them as realistic Cup contenders.