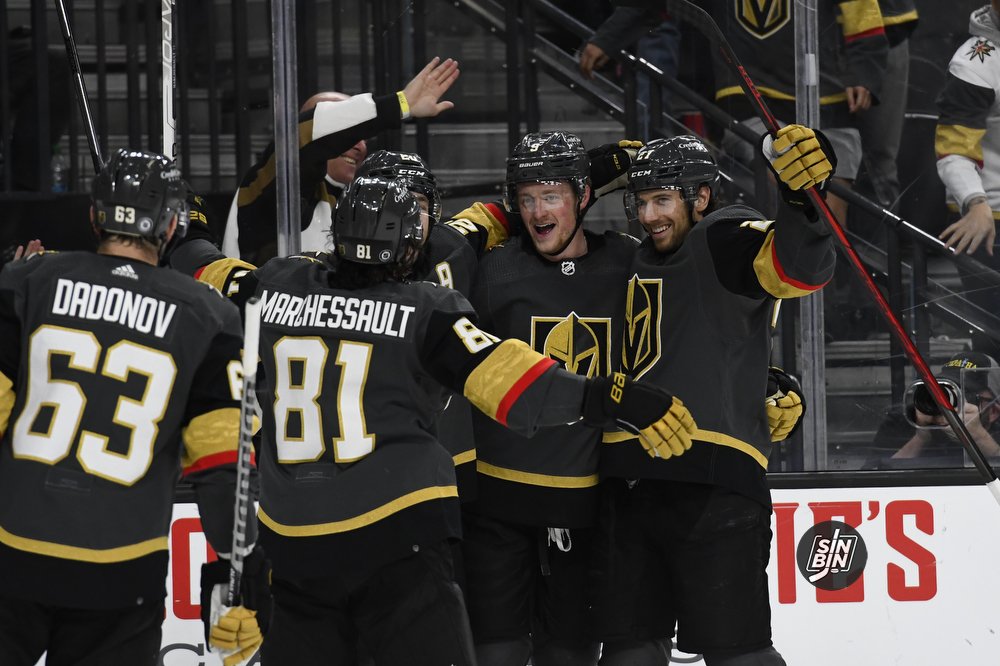 Every year The Athletic does a fan survey to learn more about the confidence of the fan base in different areas of the organization. The results of this year’s survey were published today and we highly recommend you read Jesse Granger’s article accompanying the results before you read the rest of this. Trust me, it’ll all make more sense if you do (and you’ll get to see the results, which I’m purposely not sharing here so you click that link).

Now, it’s time for my answers to the questions Jesse posed to the fan base.

With Vegas missing the playoffs for the first time, what is your confidence level in the direction of the organization? (5 being the highest level of confidence)

Despite the fact that it scares the crap out of me to think about, I really think the Golden Knights are headed for a pretty hefty rebuild that will start sometime between December of this year and the end of next season. The reason why I go with a 2 instead of a 1 here is that the roster is still good enough right now to make some noise. It’s going to take A LOT to go right (including health, unexpected players stepping forward, fortunate playoff matchups, etc) but I do see a path for this team to win the Cup this year, and I’m predicting them to make the playoffs. So, I can’t in good faith give them a 1, even though the “direction” is clearly heading in the wrong way from where it was a few years ago.

What do you expect out of the Golden Knights this coming season?

If the Golden Knights stay healthy the entire season, I think they’ll win the division. I don’t see that happening though. In fact, I’d guess they are more likely to be closer to last season than they are 100% healthy, which is terrifying. Thus, my projection is that VGK will finish in 3rd or in a wild card spot. If it’s a WC, they are almost certainly going out in the 1st round. If they do get into 3rd, I could see them squeaking through a round.

What is your overall confidence level in Kelly McCrimmon and George McPhee? (5 being the highest level of confidence)

For years every time I’ve begun to criticize the front office I had to remind myself these are the same people that built the team from the Expansion Draft. However, over the course of the past few summers, the front office has made a point of saying (both outright publicly and via their moves) that they found that team to be a fluke. So, I’m having a harder and harder time giving them credit for it as they continue to retool rosters that are getting worse and worse.

It’s important to note that all I care about is winning the Cup. I don’t want playoff berths, I don’t care how many rounds you win, I just want to win the Cup. I’ve completely lost faith that this front office knows how to do it. McPhee is 0 for 21 and McCrimmon is 0 for 5. It’s harsh, I know, but I’d be lying if I put any other number than 1.

Do you agree with the decisions to fire Pete DeBoer and hire Bruce Cassidy?

This was a tough one to answer because I’d prefer to say I’m neutral instead of picking a side. But, Granger’s answers forced me to agree or disagree, so I’m going with disagree. The main reason is that I do not believe Pete DeBoer should have ever gotten fired. So, while I like Cassidy and think he’ll do a good job, the move should have never been made in the first place, therefore I can’t truly agree with it.

What is your confidence level that Cassidy will improve Vegas’ power play? (5 being the highest level of confidence)

By the numbers, I expect it to improve because how could it not? But I don’t see this suddenly becoming a dangerous power play. In the end, the power play is about the players making great plays and though I do see Cassidy giving them more answers, I just can’t see a group that has struggled for years suddenly turning it around with their best PP weapon suiting up for the Carolina Hurricanes.

What is your biggest concern with the current roster?

It comes down to one word. Depth. There isn’t anywhere close to enough and that’s with everyone healthy (which they probably won’t be at many different points). I’m majorly concerned about what the bottom-six looks like on a nightly basis and I’ve long been a believer that the NHL is a worst-player league. The team with the best worst player wins more often than not. VGK will be fighting an uphill battle in that category against any above-average team.

What is your confidence level in Robin Lehner as the starting goalie for the Golden Knights? (5 being the highest level of confidence)

Robin Lehner is good, very good actually. He’s not quite a Top 5 goalie in the NHL, but he’s certainly above average. The injuries severely hindered his play last season and as long as those don’t continue he’ll be perfectly fine (this answer might be a 5 if you could guarantee me health). It’s going to be up to the skaters to determine how his season will go. If the team plays great in front of him, he’ll put up monster numbers and prove the critics wrong. If the team continues to give up 15 high-danger chances a game, his numbers will be poor and fan base will have a field day. Life of a goalie, I guess.

What are your expectations for Eichel in his first full season in Vegas?

I’m projecting Eichel to land on 93 points and lead the team by a wide margin. I’m not expecting Cassidy to be able to fix some of the defensive issues that have plagued Eichel throughout his career though. He’ll wow you consistently and the numbers will be record-setting for VGK, but the overall impact will be far less than most expect because of his defensive shortcomings.

Now that Vegas has made the necessary moves to get under the salary cap, do you agree with the move to trade for Eichel?

I wish “Hell No” was an option. I’ve said it once, I’ll say it again and I’ll probably be saying it over and over for the next decade: Eichel will break every offensive record in the VGK books and that trade will still be the worst move in franchise history. The Golden Knights simply were not in a place to make the trade and they did it anyway. Now, they’ll pay the price, which, like Eichel, they also can’t afford.

**If you aren’t subcribed to The Athletic, you are being a sports fan wrong. Jesse’s content on VGK alone is worth the price of admission and if you are a fan of any other team or any other sport it’s the best bargain out there.**