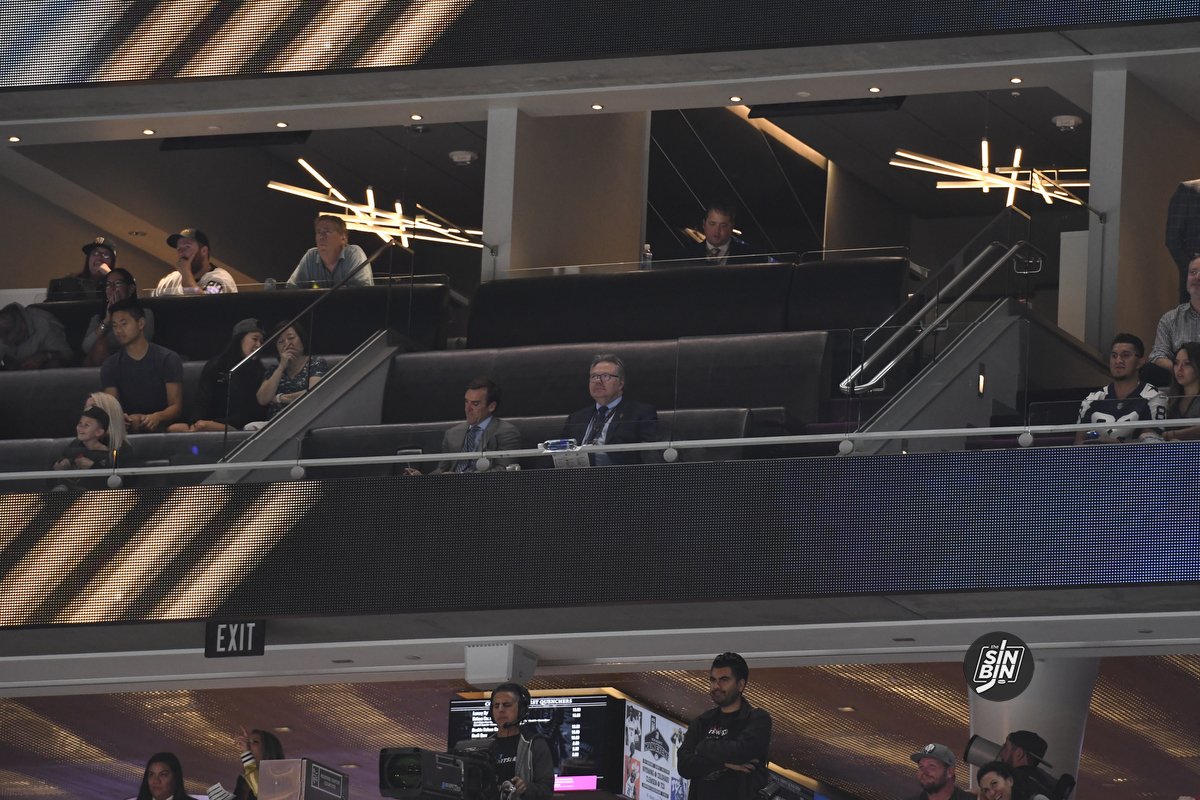 There have been plenty of theories surrounding the firing of Gerard Gallant and subsequent hiring of Pete DeBoer.

No matter what the powers that be inside City National Arena say, many of those will continue on, however, one of the two voices that actually know the whole truth took to the radio in an effort to dispell a couple of them.

Kelly McCrimmon went on Fox Sports Radio with JT The Brick last week to chat about the firing of Gerard Gallant, hiring of Pete DeBoer, and the team’s expectations moving forward. (It’s a terrific interview start to finish, so I’d highly recommend a listen. Here’s the link.)

The first theory surrounds The Creator’s involvement in the firing. No matter who you talk to, while there are varying degrees as to the extent, just about everyone believes he was involved in some way in the coaching change.

Bill Foley’s been a great owner. This decision went from George McPhee and myself up to Bill Foley, not the other way around as has been suggested by some. -Kelly McCrimmon

This would be the normal order of operations for an NHL team. GM decides the coach needs to go, he brings it to the owner, who signs off on it. That’s how McCrimmon says it went down, but the timing and shockwaves it sent off across the NHL has many skeptical.

McCrimmon and McPhee are an experienced pair, one that is not prone to panic or hastiness as this decision appeared to be. Thus, the new owner with ultra-high expectations would make sense to be at the center of it. According to McCrimmon, this is untrue.

The second theory is in relation to when and where the decision was made. It was not made during a seven-game homestand in which the Golden Knights were in Las Vegas for more than two weeks. Then, one game into an eight-game road trip which had the Golden Knights away from their home city for 28 days, the bomb is dropped. No local media availability has been offered from either the new head coach or the pair that pulled the trigger on the move. It feels incredibly convenient when the move was clearly going to be met with resistance.

McCrimmon insists that timing wasn’t a catalyst for the change.

The timing of a decision like this, as much as it comes as a surprise to some people, is never based on one or two games, it’s never based on where you are at in the schedule or certainly whether you are playing at home or away. It’s a decision that takes precedence over all of those things. -McCrimmon on Fox Sports Radio

Thus, the location of press conferences, the next opponent, and the amount of time before the hated (at the time, I think that’s fading) new head coach makes his debut in Las Vegas was all coincidental, or reactionary, according to McCrimmon.

If you believe that’s the best course of action for the organization than you aren’t doing your job properly if you don’t address it. That was what led to the decision being made. -McCrimmon on Fox Sports Radio

McCrimmon said they knew there would be backlash and the fan base would be “emotional” over the decision, but he’s always remained steadfast that the decision was not made in haste and that both he and McPhee “just had a feeling” that the move needed to be made.

So, they made it and dealt with everything that came with it, no matter how it looked to the outside world.

Carp: The AHL In Vegas? An Interesting Proposition

Reaves Moves On From Bad Calls