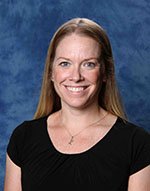 It’s Not About Friendship, McPhee, McCrimmon Proving It