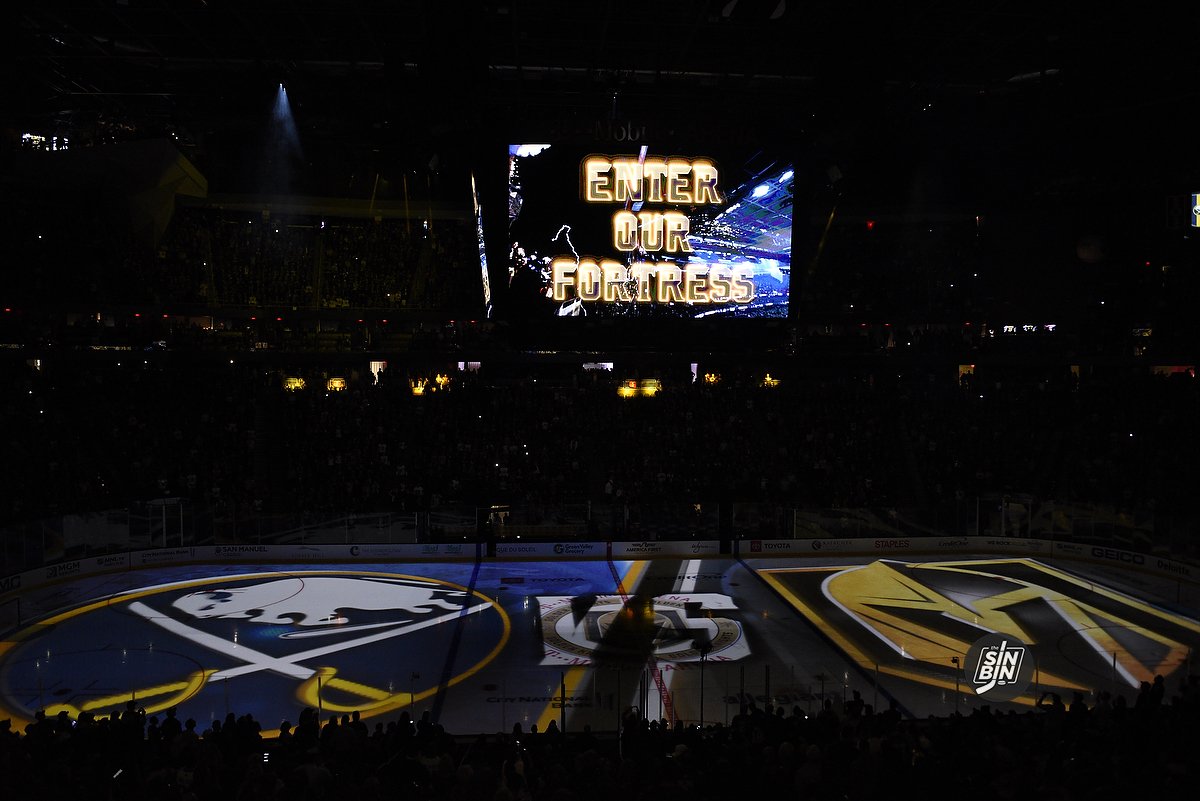 It’s rare for an NHL player to request a trade. But when you’re an upset 25-year-old franchise center being forced to undergo an undesired medical procedure, things change.

When he went to them with a trade request, they took it very personally. There are people that can say I understand that this is business and the people don’t understand that. Jack Eichel saw this is as business. –Elliotte Friedman, 32 Thoughts Podcast

Let’s face it, that type of acumen fits well with an organization that’s moved on from fan favorites, bought cap space for little return, and purchased the biggest names in the sport. We’ve learned early on in the franchise’s existence that it’s a fish or cut bait mentality. And there’s nothing wrong with that as long as they continue to make the playoffs.

Eichel had his own put up or shut up moment last offseason when he requested a trade.

The Pegualas saw Jack Eichel the same way the fans did as a US born savior of their team. When he asked for a trade they saw it as a betrayal… they were so hurt and so disappointed, I have no doubt it made the situation harder. –Friedman, 32 Thoughts Podcast

Eichel felt like he was doing his part but the Sabres organization wasn’t doing enough for him. Lack of supporting characters and a messy front office were bad enough but not allowing Eichel to chose his own medical procedure led to his cold but calculated demand.

He did a lot of research into the two surgeries and why one was better than the other and why he chose the disc replacement. It was almost like he was saying I earned the right to the make the decision. –Friedman, 32 Thoughts Podcast

In 375 games with Buffalo, Eichel registered 139 goals and 355 total points. Not only did he earn the right to make decisions but the Sabres ownership backed that up by offering an $80M extension in 2017. After handing over large sums of money like that, it would suggest the Sabres wanted Eichel to have a voice in the organization. The player felt it was taken away by barring him from a selective surgery or his choice.

Eichel credited all of his agents, I think over the last couple of weeks Brisson and Berry really turned up the heat. They knew they had a really unhappy client and they were turning up the heat anyway they could. –Friedman, 32 Thoughts Podcast

On top of his high end skill that will undoubtedly win Vegas more hockey games it’s the possibility of handling a pressure filled boardroom organization like the Golden Knights. Eichel has proven he’s willing to pause his career for what’s best for himself. Not many players would’ve held steadfast like the newest Golden Knight but he put himself first and the team second. And that’s completely fair.

However, when the surgery is done and his neck has healed, Eichel is strictly in the business of winning a Stanley Cup.