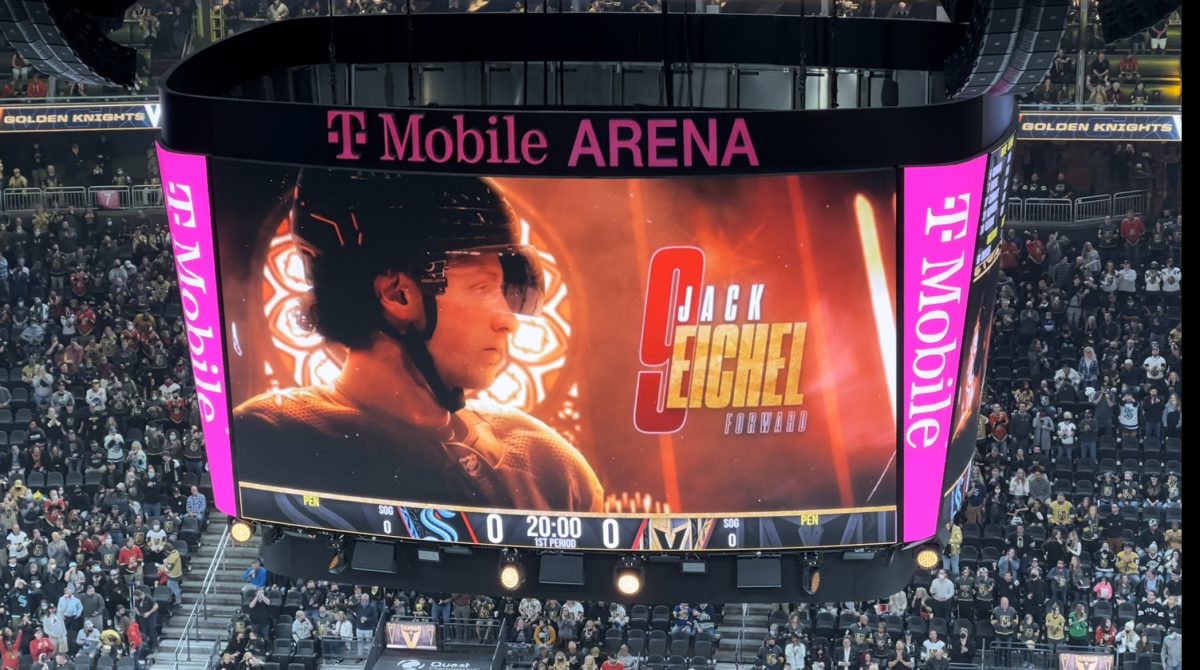 Since the news of the blockbuster trade, everyone in Vegas is sitting on pins and needles waiting for the return, and debut, of Jack Eichel in a Golden Knights jersey.

With surgery scheduled for tomorrow in Colorado, Eichel’s timeline is expected to be around three months which would have him looking at a return to play sometime in February.

This year, however, the NHL’s February schedule is unique. The Golden Knights do not have a game between February 1st and the 25th. That’s due to the league taking a break for the All Star Game (which is in Las Vegas) and the Olympics.

Eichel is one of the best American-born players in the world and would be a shoo-in for Team USA if he were available to play. He has expressed interest in the past, but obviously, the injury throws a wrench in the works.

As recently as a few days before the trade, Eichel said in an interview with ESPN that it is a goal of his to make it back and play in the Olympics. Since the trade though, it seems to be a bit more of a longshot.

I would love to be there, I would love to represent our country. The organization in Vegas just made a commitment to me and I want to make that same commitment back, so I’m not going to rush anything. –Eichel on Spittin Chiclets

He reiterated that when being interviewed during the Golden Knights/Kraken game on ESPN.

Representing my country is something that I take great pride in. Hopefully I’ll have the opportunity at some point, who knows? I just want to keep things short term at this point and take care of my health, get back to 100%. -Eichel on ESPN

This all must sound pretty good from a Golden Knights perspective. The last thing Vegas wants to see is Eichel playing in a different uniform and suffer another injury that would keep him off the ice any longer.

The Olympics will likely be littered with Golden Knights players, but it appears the newest one will not be among them.