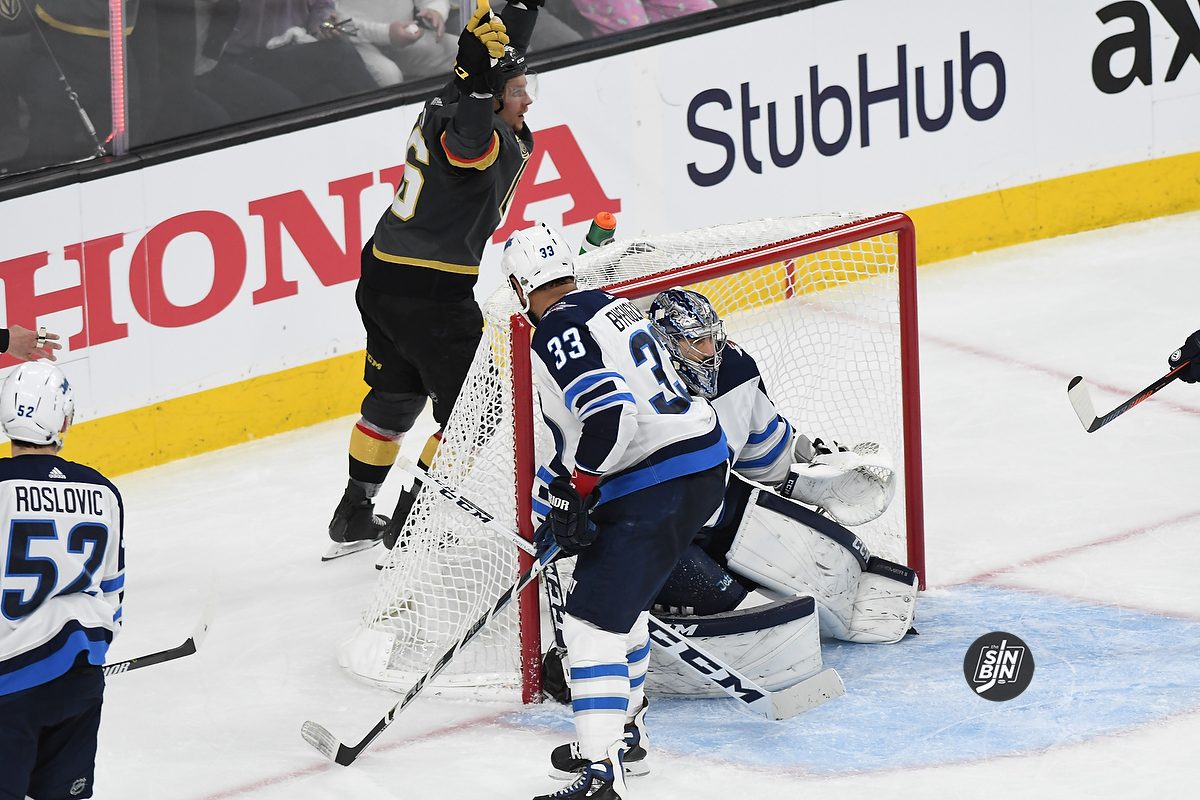 It appears to be Haula’s gig to lose, but it’s not necessarily up to him to keep it. (Photo Credit: SinBin.vegas Photographer Brandon Andreasen)

It’s been a question since the moment Paul Stastny signed and it only ramped up when Max Pacioretty was acquired via trade. Will be it Alex Tuch, Erik Haula, or someone else playing as the second line right winger?

We expected the preseason to help reveal the answer to the question, but to this point, it hasn’t. Heading into last night’s game, both Haula and Tuch played with Pacioretty and Stastny once. Haula got his second shot last night.

To be honest I couldn’t really tell. Like I said it was a messy game, I don’t think anybody played really well. The execution wasn’t good for our team. It’s probably a lot of what I expected after two days in Montana so I didn’t take a lot out of it to be honest with you. -Gerard Gallant

Tuch is expected to get the final chance Sunday in the last preseason game and certainly can grab hold of it heading into Opening Night.

Gallant admitted he doesn’t see anyone other than Haula or Tuch starting the season on the second line in the preseason, which means it’s going to be one or the other on October 4th.

If I had to guess, it’ll be Haula that gets the call on Thursday, which leaves Tuch on a line with Cody Eakin (if healthy), Ryan Carpenter, Tomas Nosek, and/or Oscar Lindberg. It’s going to be very interesting to see how quick Gallant will be to move things around if either the second or third line struggles.

If Haula isn’t playing well, of course he’ll go to Tuch, but what if Tuch is struggling on the third line and Haula is playing well, would he consider a swap then?

Gallant’s M.O. a year ago, when he won the Jack Adams award (have we mentioned that?), was to keep things static after wins and tinker after losses. To win games consistently, this team is going to need success from both the second and third lines. It’s going to be a tough balancing act for Gallant for as long as it takes until both lines click, which may never happen.