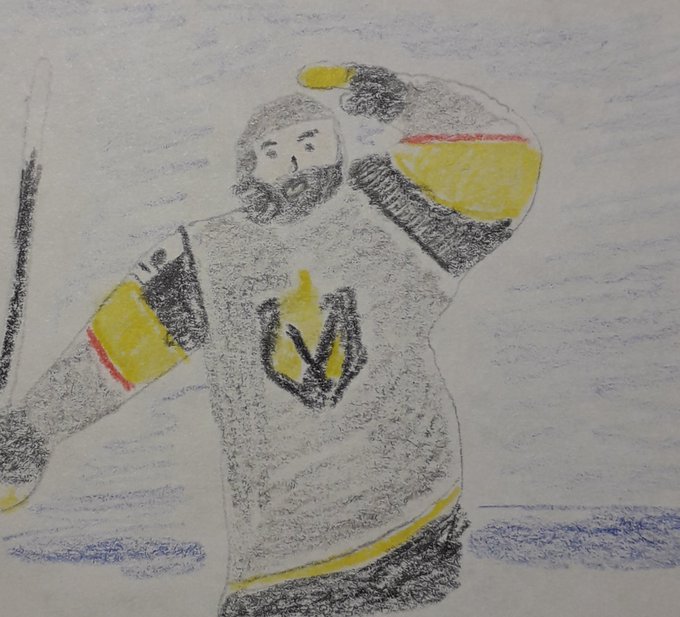 The Golden Knights came out in Game 1 of Round 2 and threw a haymaker at the Vancouver Canucks. It landed right on the chin and knocked the last remaining Canadian team in the playoffs right on their backside.

But unlike the Golden Knights, who have yet to experience any adversity (on the ice) in these playoffs, the young Canucks have been here before. In the Qualifying Round, they were pushed around in Game 1 by the Minnesota Wild, a game they lost 3-0 and trailed for 57 minutes. Then, after taking a 2-0 series lead against the Blues they dropped consecutive games and then fell behind 3-1 in the pivotal Game 5. In both cases, they got up off the mat and imposed their will on each opponent, closing out each series a game early.

This was probably our worst game so far. We’ve talked to our group a lot over the season and we’ll talk to them again. I’ve got a lot of belief in our group and that hasn’t changed. Whenever we’ve challenged them or asked them to respond they’ve always given an effort. It’s one game, we’ll meet with our group tomorrow and we’ll be ready to go for the next game. -Travis Green, VAN head coach

Luckily, the Golden Knights have some history to lean on to remind them that you can’t win a series in Game 1.

Vegas has been on the flip side of a tough opening game loss too, multiple times. In the 2018 Western Conference Final, Vegas conceded three times in the opening frame to a red-hot Winnipeg team. They stormed back in Game 2 and eventually won four straight to win the series. Also, last year, the Golden Knights were a no-show in Game 1 against the Sharks. Vegas fell behind 3-0 in that game, eventually dropping it 5-2, but managed to come back to win the next three games and take hold of the series.

Jonathan Marchessault remembers all of them.

Tonight I think we were just a little bit better, but it’s just one game. We’ve got to focus on the next game and we’ve got to respect our opponent. They are a good team, so we’ve got to be ready. -Jonathan Marchessault

They were more than a little bit better. The Golden Knights dominated every facet of the game beside face-offs and made it look like a game of men vs. boys. They took no time in dominating on the scoreboard and then started to throw their weight around and dominate physically.

It would be easy to look at Game 1 and write the Canucks off completely. They didn’t look like they belonged on the same sheet of ice as the Golden Knights and it’s reasonable to expect it to be the same in the next three games. But the Golden Knights have to know better.

They’ve been on both sides of it and their opponent has proven their worth just within the last couple weeks. There’s no doubt Vegas has seized control of the series, but there’s a long way to go, and expecting them all to go as easy as Game 1 would be a mistake for a team that should know better.