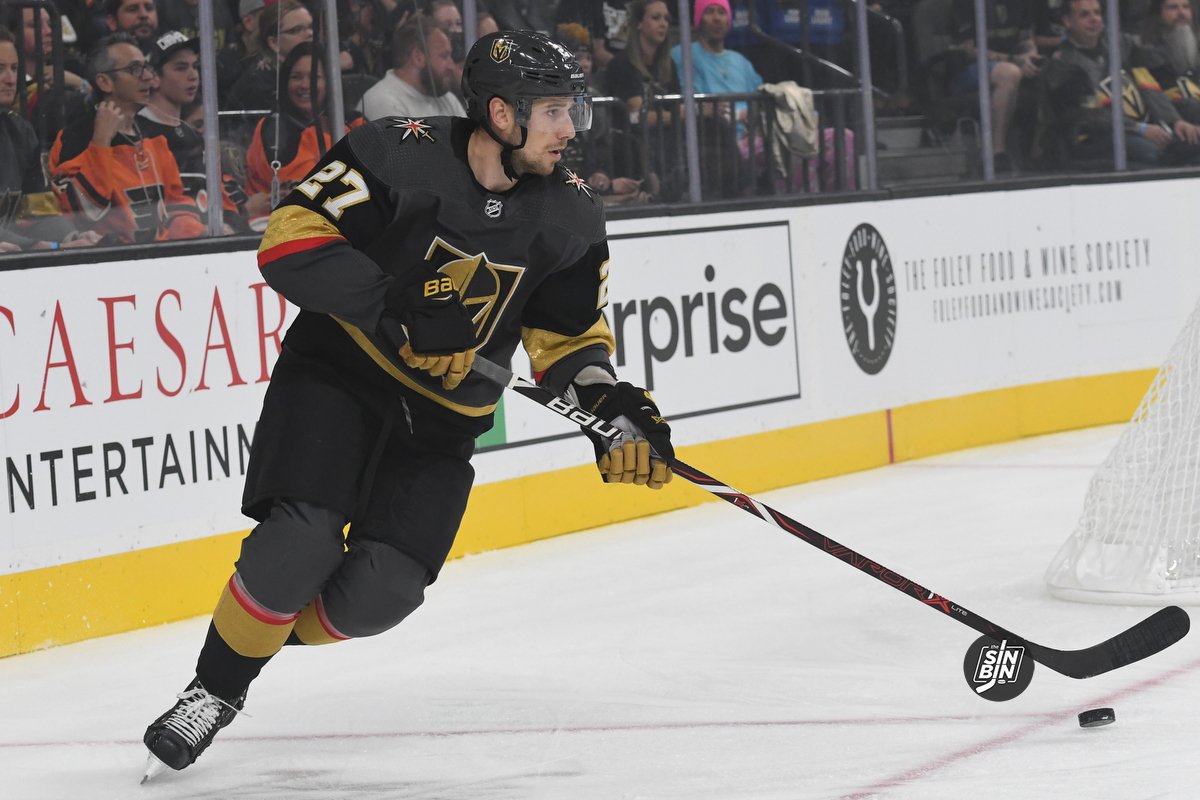 The addition of Alex Pietrangelo will change everything in how the Golden Knights look on the back end. As opposed to having a more balanced group as they’ve had in the previous three seasons, they’ll come into this one with a much more clear hierarchy, Pietrangelo being at the top.

The most ice time any Vegas defenseman has averaged in a given season was 22:14 which was achieved by both Shea Theodore in 19-20 and Nate Schmidt in 17-18. Pietrangelo hasn’t averaged less than 24:00 in any season since his first full NHL year back in 2010-11 and has crossed 25:00 per game in six seasons.

Pietrangelo’s impact will be most felt on Theodore, who had risen to become the Golden Knights’ best offensive defenseman and TOI leader last year.

In a Q&A on the Golden Knights website, head coach Pete DeBoer was asked about Pietrangelo’s effect on Theodore.

It insulates Theodore a little bit. –DeBoer to VegasGoldenKnights.com

DeBoer went on to clarify a bit of what he meant.

I think Theodore is obviously on everyone’s radar now with how he’s played. He’s one of those guys now that every time you’re playing Vegas you’re going to circle his number on the board and he’s going to get a lot of extra attention. His benefit to Theodore, but also to a lot of other guys, is be able to free them up. –DeBoer to VegasGoldenKnights.com

The first thing I think of when I hear the word insulates from an NHL coach is in relation to competition. As the top offensive defenseman on the roster, Theodore was always going to draw the toughest defensive opponent, but with Pietrangelo here now, that may change.

The challenge though for DeBoer will be to balance Pietrangelo’s and Theodore’s minutes in order to continue getting the most out of both.

The first question comes on the power player, where they’ve played a similar role but are both capable of playing the other defenseman’s role. Will DeBoer load up the power play to get both blueliners out together, or will he separate them?

Then comes deployment. Understanding that Theodore and Pietrangelo are unlikely to play together often, when the Golden Knights need a goal and find themselves with an offensive zone draw, who does he call on? Which guy plays most with Stone? Who plays when Vegas has a matchup advantage?

Looking back at Pietrangelo’s career, there have been two main defensemen that have shared the right side of the ice with him. Recently it’s been Colton Parayko, who is a gigantic bruising defenseman. Prior to Parayko, it was Kevin Shattenkirk, who played (he’s not quite the same anymore) a lot like Theodore.

Both Parayko and Shattenkirk averaged about 22 minutes playing on a 2nd pair under Pietrangelo. Both have put up excellent seasons but neither ever crossed the barrier of 45 points, a number Pietrangelo has missed just once in his career.

However, DeBoer’s one season with two elite offensive defensemen in San Jose, he saw Brent Burns put up 83 points in 82 games and Erik Karlsson 45 points in 53 games. Both scored a ton at even-strength, they each put up a bundle on the power-play (often playing together), and Burns tallied six points while shorthanded.

It will be interesting to see how “insulated” DeBoer wants Theodore to be and what the effect will be on both he and Pietrangelo. The most points the Golden Knights have ever gotten out of a pair of defensemen was 77 both in 2017-18 and 19-20. Pietrangelo and Theodore put up 98 combined last year and did it in a shortened season.

The expectation should be that the pair will cross 100 playing on the same team in 2020-21. But, it shouldn’t come as a surprise to anyone if one or the other’s production dips a bit based solely on opportunity.

Theodore has never played with a player like Pietrangelo. It’ll be up to DeBoer to bring out the best in both, something he’s proven he can do before.