It Can’t Happen Again, Can It?

It can’t happen again, can it?

Whether anyone wants to stare the beast directly in the eyes or not, the memory of how last season ended is inescapable for the Golden Knights as they prepare their second Game 7 in franchise history.

The first one has been woven into the fabric of the team over the past 16 months. Every decision they’ve made has been done with at least a sliver of blowing a 3-1 lead on the minds.

They hired the coach on the other bench. They revamped the penalty kill. They replaced the goalie. They added reinforcements on both offense and defense. They did it all so that these playoffs wouldn’t end the same way the last ones did.

Everyone knows what’s at stake. Even if neither Pete DeBoer nor Mark Stone would say it in the moments following Game 6.

This is a different group, different team. We’ve hit a group over there that’s feeling confident and getting great goaltending and that’s going to happen on the playoff trail and you’ve got to find a way. This is our adversity and we’ve got to stick together and come through it. -DeBoer

This is a mental test unlike any the young franchise has faced. The answers above are already a testament to how the Golden Knights want to handle it. They are going to try to do everything in their power to focus solely on this one game and ignore the elephant in the room. They want to play great from the moment the puck is dropped, score quickly, win the game, and come out on the other side stronger and more together than ever before. 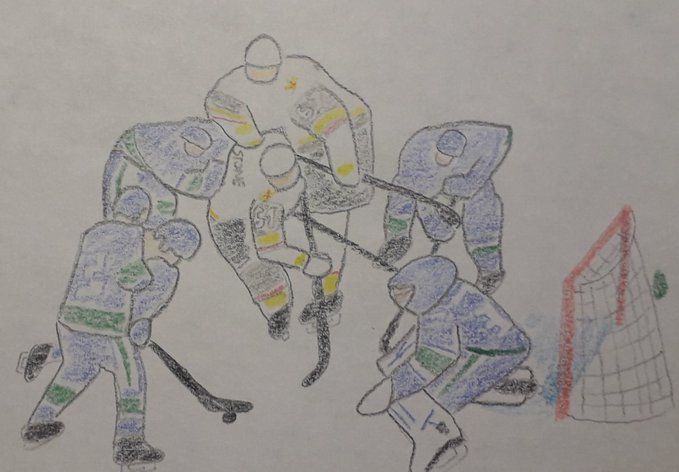 That’s exactly how they’ll be feeling the moment they get on the ice. But if the adversity from Games 5 and 6 rear its ugly head again in Game 7, the way the Golden Knights handle the flood of emotions linked directly to their history will determine their fate even more so than hockey skill.

Normally, it’s about being the better team, and for the first 10 minutes of the game, it can, and it will if they put the puck in the net. It’s if, and probably when, the going gets tough inside of that game that this team will have to prove to the world, and to themselves, that they can overcome it. They can block out the negative memories of a terrible ending to last season and the frustrating end to the first one. They can bear down and play the way they know they can, the way that got them to 3-1 in the series, and the way that had everyone believing they were the far-and-away better team.

The crossroads is here. Either the Golden Knights win, exorcise the demons that have been haunting them since Joe Pavelski’s blood hit the SAP Center ice, and head into the Western Conference Final with the best chance they’ve ever had to win the Stanley Cup or they lose and they’ll earn a label of playoff chokers, a label that will stick with them for as long as it takes to win 16 playoff games in the same season.