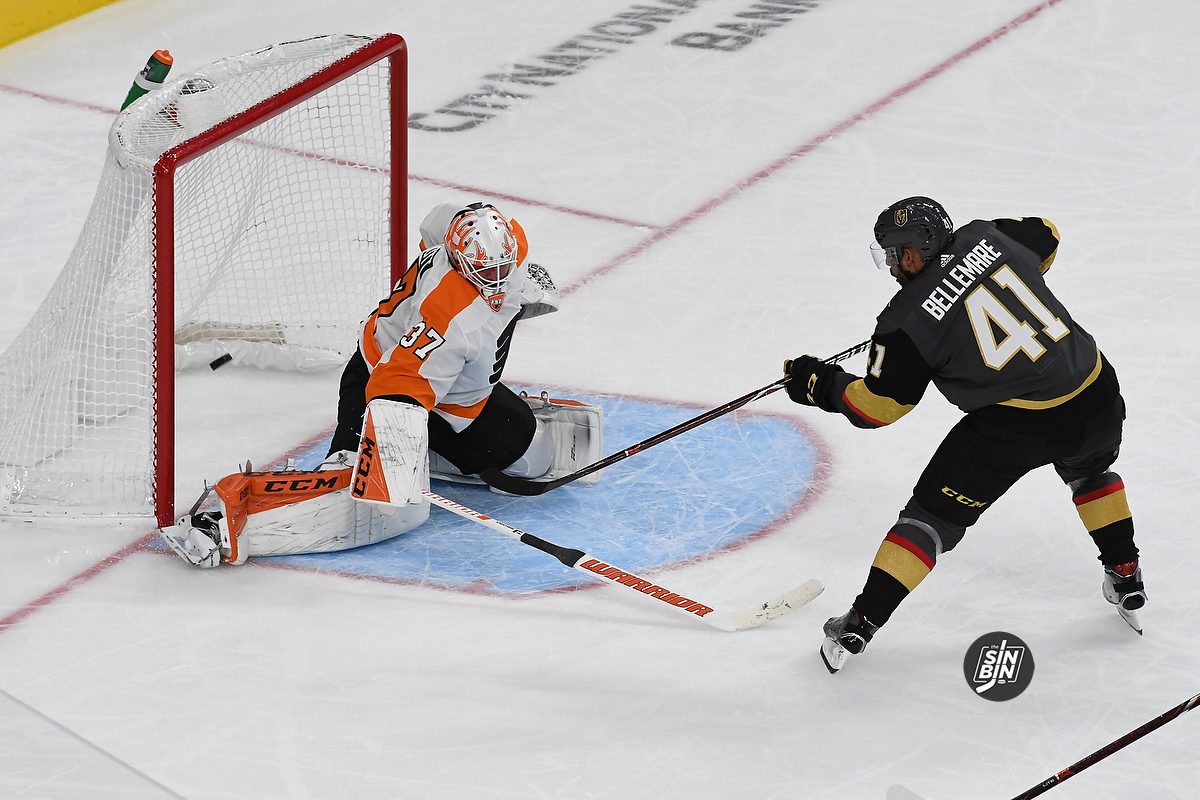 The Golden Knights top line made up of William Karlsson, Jonathan Marchessault, and Reilly Smith have a total of 24 points. That’s the exact same total as every other skater on the roster combined. 24 points.

One of the reasons for the Golden Knights early success a year ago was eventual Jack Adams award winner Gerard Gallant’s willingness to switch his lines. Because there was no history of success or failure, there was no fear of letting guys skate with anyone, anywhere, in the lineup. This year that hasn’t really been the case.

(If you haven’t checked out our Line Charts yet, you really need to.)

Last year, Erik Haula went from third line wing to first line center within the first 10 games of the season. William Karlsson from playing with Haula and Brendan Leipsic to Marchessault and Smith. Vadim Shipachyov from first line center to retired cry-baby. Oh, and all of this happened while the Golden Knights raced out to an 8-2-0 start.

This year, the Golden Knights have scored 21 goals in 10 games. Their record is 4-5-1 and yet as you can see, two of the four lines have remained completely intact. Plus, Max Pacioretty and Ryan Carpenter have played every game in their same place as well. (Carpenter had the flu for the game he missed) That’s eight static forwards in 12 positions yet barely more than two goals per game from the group.

Obviously, messing with the first line would be foolish, they literally have half of the teams offensive production. It’s the “fourth line” that should be in question.

This is not to say the fourth line has been bad, instead, they’ve actually been awesome, probably the best fourth line in the entire NHL. The problem though is, by production (scoring chances), the fourth line is actually acting as the Golden Knights third, maybe even second, line. A great fourth line is supposed to keep the opposition off the board and create chances along the way while letting the first, second, and third lines score goals against lesser opposition. Exactly what Pierre-Edouard Bellemare, Ryan Reaves, and William Carrier have been doing, but when there’s no production from the six forwards ahead of them, the “role” of a fourth line can no longer be to “steal minutes.”

Bellemare, Reaves, and Carrier have created 37 scoring chances in their 79 minutes on the ice together. No combination of Stastny, Pacioretty, Haula, Tuch, Hyka, Eakin, Carpenter, Lindberg and Nosek have created even close to that many in the same amount of time. The fourth line, however, has scored just one goal because they really don’t have a finisher on their line. 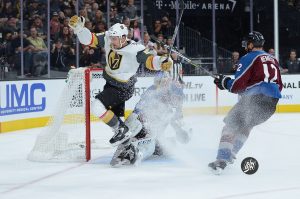 So the thought here, and the purpose for all the words thay proceed this sentence is… What if Gallant took the other nine forward positions and completely jumbled them up? Here, let me give you a couple examples. However, you have to understand, the idea is no longer to have traditional first, second, third, and fourth lines, instead, it’s to distribute the wealth and attempt to create a group of 12 that’s actually scoring rather than trying to fit players into roles.

Or, if you want to get really crazy with the thought that Pacioretty may miss a few games…

Burger King always says there are “there are a thousand ways you can order a Whopper” (there are actually 221,184, but nevermind that), this is the same premise. Once you unlink Bellemare, Carrier, and Reaves the options are endless.

I’m not saying any of this would necessarily work, but 10 goals in 10 games from the second, third, and fourth lines combined isn’t good enough. Marchessault, Karlsson, and Smith can drive the play, but they need help, and at the moment they aren’t getting it. Again, not sure this is actually better, but hey, can it really be much worse?

SinBin.vegas Podcast #128: Change All The Lines (But One)