Iole: VGK Still A Cup Contender, But Problems Abound On the Ice And In The Stands

Sundays have always been a down day here at SinBin.vegas, but the last few years we’ve had regular Sunday columns during the regular season. We lost our regular columnist, but we never stop trying to deliver you content. This season, diehard VGK fan and legendary combat sports columnist Kevin Iole will be delivering columns a few times a month on Sundays. Today, we get his first, preaching patience. 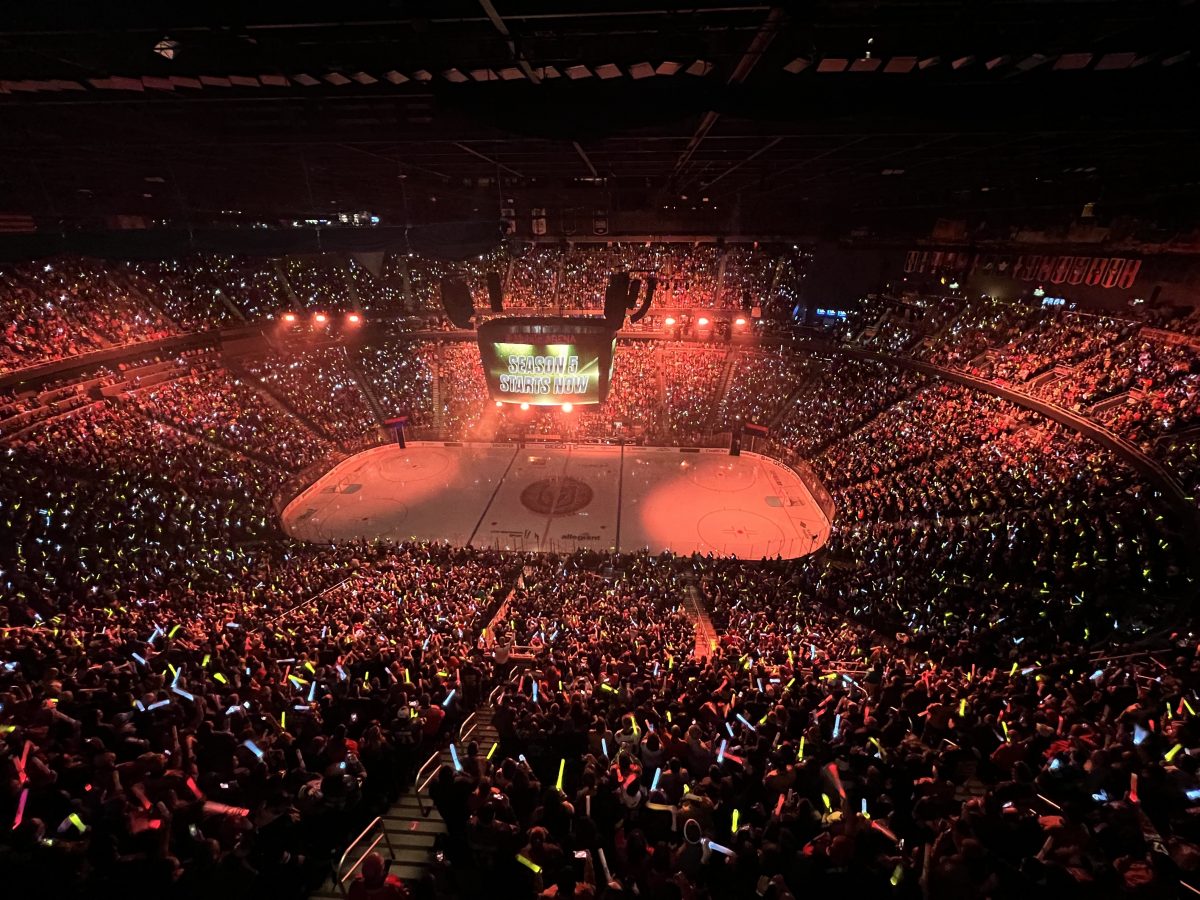 Four games into an 82-game season, even with a third of the top nine forwards and two of the team’s better defensemen out, is not the time to panic. The Golden Knights have been awful the last nine periods, against the Kings, the Blues, and the Oilers, and they weren’t all that great against the Kraken in the season-opener in their only win.

This is a team, though, that is built for the long haul, and a strong run in April and May will make these frustrating early days of the 2021-22 season quickly forgotten.

The most worrisome thing about the early struggles is the fans’ reaction to it. Neither Wednesday’s game against the Blues nor the Friday game against the Oilers, was truly sold out. Both games were close late in the 3rd period, and hordes of people were leaving while the outcome hung in the balance. For all the talk about having the greatest fans in hockey, that’s concerning.

A six-game winning streak will bring them back and have them singing along with ‘Viva Las Vegas,’ and throwing flamingos onto the ice, but sustained mediocre play will guarantee plenty of empty seats.

The marketing department needs to address that, but the product on the ice isn’t doing its part to keep them until the end of the games. The scary part is, it’s unlikely the VGK will have its full team together until around the Olympics in February, when Alex Tuch is slated to return from offseason shoulder surgery.

Going into tonight’s game against the Islanders at The Fortress, Tuch will be joined in the press box by Mark Stone, Max Pacioretty, Alec Martinez and, Zach Whitecloud.

If you’d have predicted the day before Tuch’s surgery became known that those five would represent the Golden Knights in the NHL All-Star Game at T-Mobile, it wouldn’t have been that outlandish of a prediction. No team can withstand having that kind of talent on the sidelines for any lengthy period and not have it make a negative impact.

More concerning than the lengthy injury list, though, is the impotent power play and the mind-boggling defensive lapses. During a 5-on-3 power play on Friday against the Oilers, the Golden Knights were repeatedly missing the net, making it far easier on the defense and a big part of the reason they’re now 0-for-27 with the man advantage dating back to the playoffs last year.

The defensive lapses were most glaring against the Kings, when Stone, Pacioretty, Martinez, and Whitecloud were in the lineup. They continued against the Blues and were still damaging against Edmonton. The tying goal Friday came as a direct result of a turnover by William Karlsson and the wining goal was the result of an ill-advised pass by Nic Hague that Duncan Keith intercepted that led to a Zach Kassian breakaway.

Pete DeBoer is a great tactical coach and his history shows that his teams improve as the season goes on. This is the team that won the Jennings Trophy last season for the fewest goals allowed, and it should still be one of the stingiest teams in the league, even with The Flower now being bombarded behind an awful team in Chicago.

The power play, though, has long been a problem for this franchise, and its lack of success was a major factor in the VGK not defeating the Canadiens in the semifinals last year.

On Friday against the Oilers, the Knights had zone pressure, but didn’t move the puck well enough to get the kind of Grade A chances it takes to score. And when they shot from the outside, they repeatedly missed the net and there were thus no opportunities to get a goal off a scramble in front.

The Golden Knights connected only 17.8 percent of the time last season, which was a full three percent worse than the talent-bereft Arizona Coyotes. The Golden Knights don’t have a power play talent like a Connor McDavid, a Leon Draisatl, a Nathan McKinnon, or an Alex Ovechkin, but it’s outrageous that Stone, the VGK’s leading points producer with the man advantage, finished 37th in the league in that category last year.

With elite defensemen like Alex Pietrangelo and Shea Theodore and forwards like Stone, Pacioretty, Jonathan Marchessault, and Reilly Smith, the VGK should at the minimum have a player in the Top 20 in power play points, if not Top 15 or Top 10.

Is that the result of the coaching strategy? Perhaps. It’s been a persistent problem and if it’s not fixed, the VGK isn’t going to win the Stanley Cup this year, no matter what else happens.

When — if — everyone is healthy, this is a deep team capable of another run to at least the semifinals. At that point, it’s like players on the PGA Tour say about getting into contention: If you give yourself enough chances to win, eventually it’s going to happen.

With all healthy and lines of Pacioretty-Chandler Stephenson-Stone, Marchessault-Karlsson-Smith, Evgeni Dadonov/Peyton Krebs-Nolan Patrick-Tuch, and Mattias Janmark-Nic Roy-Keegan Kolesar, this is a deep and experienced team. Is it good enough to win the Cup as constituted? Well, the No. 1 center position is a glaring hole, and goalie Robin Lehner needs to get hot at the right time, but yeah, it’s one of a handful of teams that have to be considered Cup threats.

Is it better than, say, Tampa? Not by a longshot. As good as the VGK’s top five players are — Let’s say Stone, Pietrangelo, Theodore, Pacioretty and Karlsson — they don’t compare to Tampa’s Big Five of Victor Hedman, Brayden Point, Nikita Kucherov, Steven Stamkos, and Andrei Vasilevskiy.

The Knights don’t have a lot of trade capital, so most of the improvement will have to come from within. They’re right up against the cap, and they don’t have much in the way of prospects that other teams would want to fetch a Martinez-like contributor at the deadline.

They’ll need Krebs, who played incredibly well against Edmonton Friday, to continue to develop and force himself into a key role. They’ll need to fix the crazy defensive lapses, which I suspect DeBoer will do, and they’ll have to figure out how to score on the power play. That, I’m not so certain will occur.

If everything goes right in the spring, this is a team that can hoist the Cup. But it’s going to be the challenge of DeBoer’s coaching career to make the changes needed to get this team over the hump.

If it doesn’t, one must wonder how long owner Bill Foley’s patience will last.