This season, diehard VGK fan and legendary combat sports columnist Kevin Iole will be delivering columns a few times a month on Sundays. Today is the last column for the season from Kevin. We cannot thank Kevin enough for contributing to the site all year. 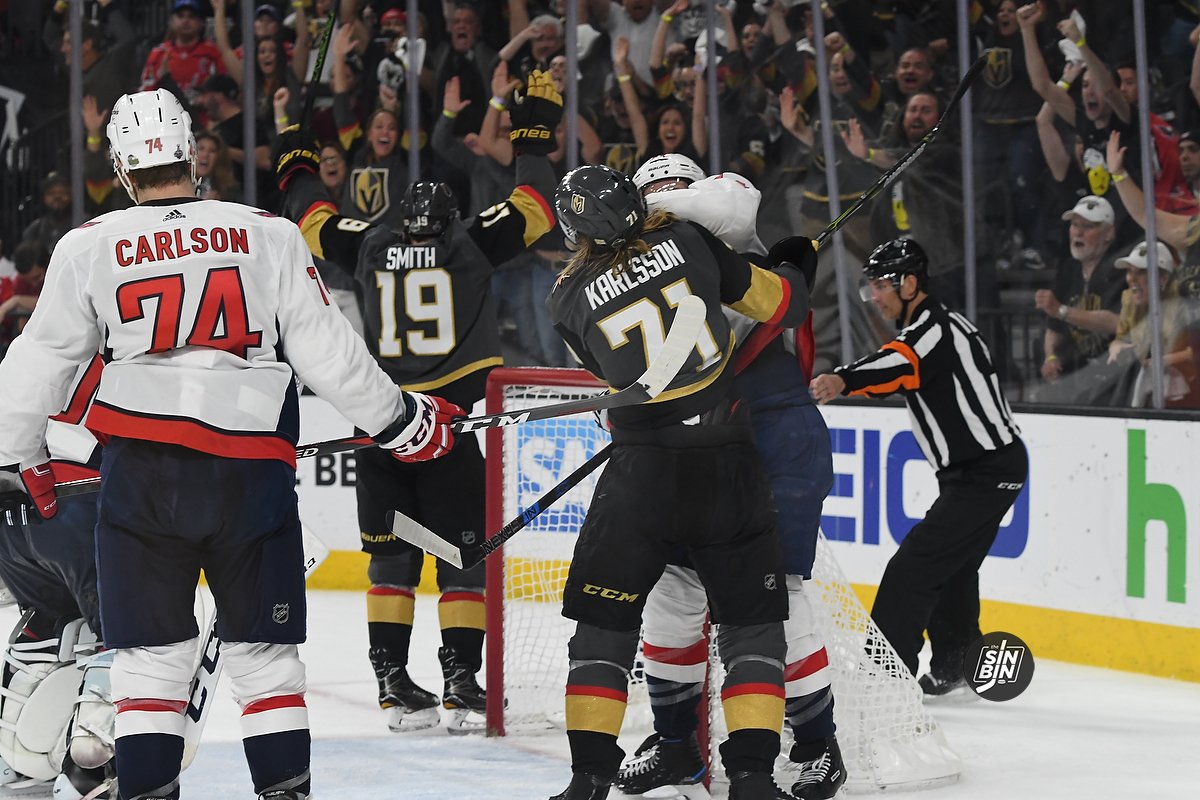 Trying to forecast what the Golden Knights’ will be like in the 2022-23 season is all but impossible. We don’t know who is going to manage the team, who will coach it, and if several of the key players on it will ever be the same physically.

From owner Bill Foley on down, VGK management has to be praying that Mark Stone’s back injury that kept him out of 46 games this year and left him a shell of himself when he did return for the final, ultimately futile, playoff run is healed and just a sad memory when next season begins.

That’s no guarantee, though, and without a healthy and productive Stone, it’s all but impossible to take this team seriously as a contender no matter what else they do in the offseason.

There are a number of free agents, though none more important than Reilly Smith. But with the Knights up against the salary cap, will they be able to find the money to bring him back? And even if they can, will he want to return?

The answers to those questions will play out in the next several months. But I’ve identified six areas whoever is running this team will need to solidify in the offseason if it is to have a reasonable hope of fulfilling Foley’s dream of a Stanley Cup title by Year 6.

Get younger and faster

The Knights were the third-oldest team in the league in the 2021-22 season, and at times it looked like they didn’t have the jump they needed. They certainly didn’t play with the pace of a championship team.

When the Misfits went to the Stanley Cup final in 2018, they forechecked ferociously and took time and space away from the opposition on virtually every shift.

The inordinate number of injuries they suffered through played a role in that, but they need to infuse the lineup with both young, hungry players and speed.

The easy answer is to say that Logan Thompson is the answer and that the 2021 AHL Goaltender of the Year should be 1-A from Day 1 of training camp next year.

Thompson showed great signs of being a guy who can do that, but he hasn’t played 20 games in the NHL. Do you want to bank your entire season on a guy who, let’s be honest, may have gotten hot at the right time? There are scores of stories of players having a great stretch run and/or playoff and then never returning to that level.

If Thompson is the guy, the VGK are fortunate because he’ll save them a huge amount of cap space. He’s signed for the next three seasons at an average annual value of $766,667.

Thompson will need to take his game to another level because while he was a pleasant surprise, some of it is because of the situation. Much wasn’t expected of him and he performed. But to be the goalie on a Stanley Cup-winning team, much better play is required than what he showed this season.

I believe he can deliver that, but it’s something management needs to figure out. If they determine he can, they can move both Robin Lehner and Laurent Brossoit, saving more than $7 million, and sign a veteran who could be a 1-B who could mentor Thompson and be a fall-back if he regresses.

Get a net-front presence

I wrote about this a couple of weeks ago, but the Knights need a player, preferably a big body, who can play effectively in front of the net, deflect shots and score the kind of garbage or greasy goals that the VGK routinely has struggled to get.

VGK score far too many of its goals off the rush, and at playoff time, when those goals dry up, it’s the guys who play well in the paint and have the hands and timing to tip shots past goalies who help you to keep winning.

A player of that ilk changes so much of the dynamics of the rest of the team. It’s imperative to land such a player because it will have a trickle-down effect through all of the forward lines.

Landing that type of player dovetails perfectly with the next need, and that’s to be better on special teams, but particularly on the power play.

Superior special teams play changes momentum and, ultimately, wins games. Some of the inferior power play work can be attributed to the injuries the team suffered, but let’s be frank: This one is on the coaching staff because it’s been an ongoing problem.

If Foley brings back DeBoer, he needs to hire a new assistant coach who specializes in special teams play. Rick Tocchet, the former Arizona coach, could be that guy. He ran Pittsburgh’s special teams during its back-to-back Stanley Cup titles a few years ago and has a great reputation as a power-play strategist. Of course, Tocchet will be a head coaching candidate, and possibly in Las Vegas. But if he’s not a head coach, make him a lucrative offer to come to Vegas to run the power play.

William Karlsson scored 43 goals in 2017-18. After scoring in the season finale on Friday, he finished this year with 12, and has only 41 over the last three seasons.

He’s making $5.9 million for the next five years. They have to decide if he can ever get back to a 20-25 goal a year guy while maintaining his defensive standards. If he does that, he’s a core piece.

Karlsson at 12 or 15 goals is vastly overpaid at $5.9 million per year, even with his defense. And if they determine he can’t get back to 20, they’ll have to consider moving him.

Do they bring back Max Pacioretty, who turns 34 in November and will count $6.965 million against the cap in the final year of his deal, or move him? Pacioretty looked good when healthy, so I’d lean toward keeping him. But he missed 43 games this year, is expensive, and getting old.

Finally, they need to move on from Nolan Patrick. The guy was consistently injured with the Flyers and missed lengthy periods with a concussion. It wasn’t the brightest move to bring him in, and it was a waste of $1.2 million this season. The Knights need the money badly and Patrick should be summarily dumped to give them some.

The Golden Knights lost 17 games to non-playoff teams. That’s way, way, way too many. Fix that and you’re all of a sudden back in the mix.