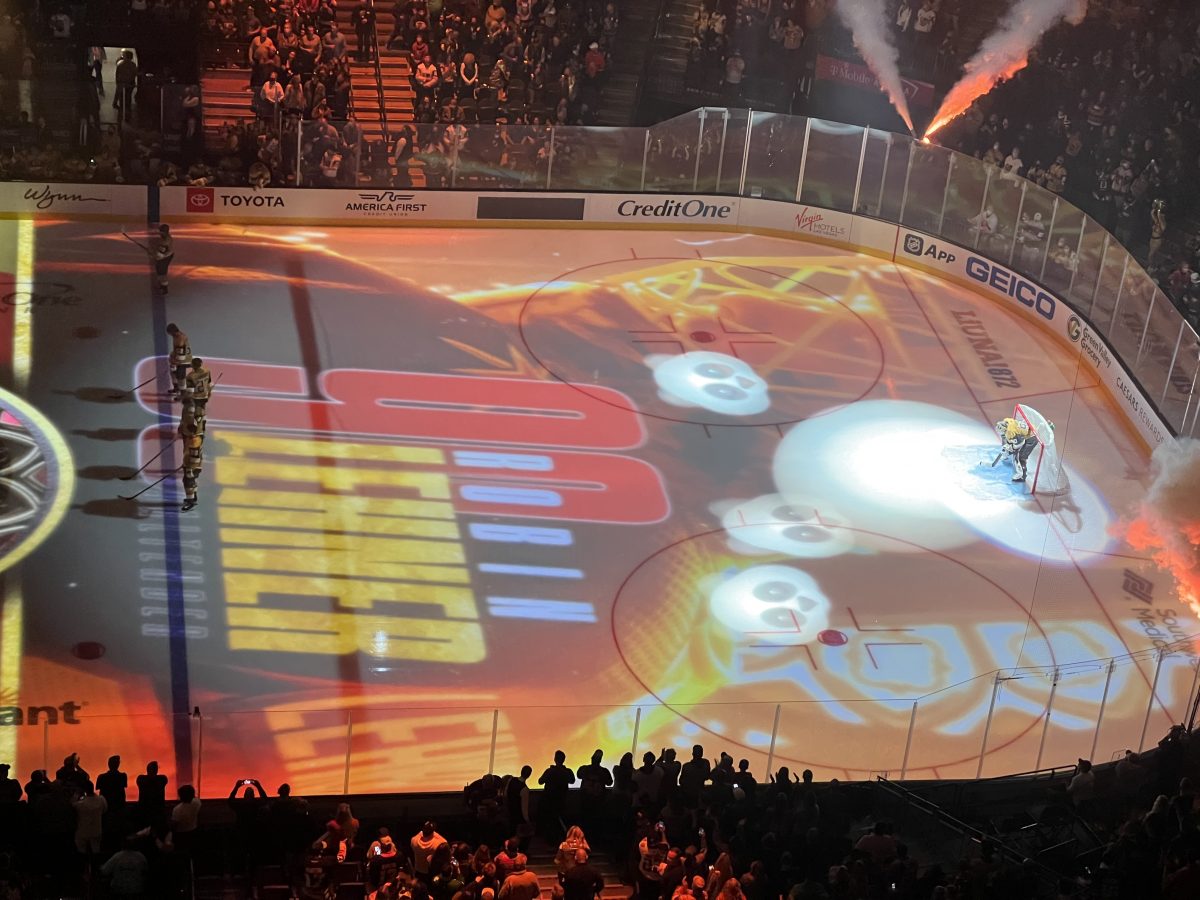 There is no more important player to the Golden Knights’ chances of capturing the Stanley Cup in a few months — not Jack Eichel, not Mark Stone, not Alex Pietrangelo — than Robin Lehner.

The Knights will be a Cup favorite if Lehner plays during the playoffs the way he played on Saturday in a 3-2 shootout victory over the Tampa Bay Lightning at Amalie Arena.

Lehner was consistently excellent on Saturday and he actually out-dueled the great Andrei Vasilevskiy in the shootout.

Lehner has been one of the five best Golden Knights during the season, though to hear many fans grumble about him, they act as if he were the modern version of Roberto Romano (Look him up; it’s not pretty).

Fleury’s mistakes were often overlooked in both Las Vegas and Pittsburgh because of his mega-watt smile, his incredible humility, and his super-human athleticism.

Lehner isn’t a charismatic personality, but not a lot of hockey players are. As a group, their public personas fall somewhere between ultra-vanilla — “The guys played great in front of me” — to vomit-inducing. Have you ever listened to what Reilly Smith says during his interviews? And it doesn’t take Lieutenant Columbo to figure out that he’d rather be doing anything short of sticking needles in his eyes than appearing on an intermission interview or answering questions from the media.

Lehner, for some reason, has become the whipping boy for the VGK fans and it’s highly unfair and highly unsophisticated. Has he let in goals that he should have stopped? No question.

There are basically zero stand-up goalies in the NHL today, but at 6 feet 4, 255 pounds, Lehner is the one guy who could do it and be successful. He’s a smart goaltender and thinks the game well, and by playing his angles intelligently, he takes away most of that by standing up.

It’s when he gets moving that he gets into trouble. That hurt him Saturday against Tampa, when he was down and the puck went into the net off of him. It even happened in the shootout.

Lehner won the job from Fleury by merit in the bubble in 2020, Allan Walsh’s ridiculous stab-in-the-back picture notwithstanding. Lehner outplayed Fleury by a large margin and gave the Knights the kind of goaltending they needed to win the Cup. That had nothing to do with playing Lehner over Fleury and everything to do with forwards who in The Bubble suddenly couldn’t hit the ocean from the deck of the Titanic.

Lehner broke into the NHL as a teenager with the Ottawa Senators in the 2010-11 season, and has been among the league’s elite goaltenders through stints in Ottawa, Buffalo, the New York Islanders, Chicago, and Vegas.

Interestingly, his .911 save percentage with VGK is the worst of his career, behind Ottawa (.914), Buffalo (.916), Chicago (.918), and the Islanders (.930). This is despite the fact that VGK are, with the exception of the Islanders, the best defensive team he’s played with.

The same thing is true in the playoffs. His playoff save percentage with the Knights is .911. He played two games in mop-up duty with Ottawa, and was at .920. He played eight games with the Islanders in the 2018-19 season and was at .936.

It’s most likely coincidence more than anything that explains those numbers, but that Ottawa team included guys like Mark Stone, Erik Karlsson, Daniel Alfredsson, and Sergei Gonchar. The Islanders, like now, were coached by Barry Trotz. Enough said.

VGK’s hope of winning the Cup this year hinges on Lehner playing like he did when he was on the Island, when it seemed easier to pick the correct Powerball numbers than it did to put one behind him.

Unlike his first two seasons in Las Vegas, Lehner knows it’s his net and that the Knights’ Cup hopes will ride on his broad shoulders. For a sensitive, thoughtful guy that is huge. There is no specter of Fleury coming in to be cheered by an adoring crowd.

He doesn’t make goaltending look as entertaining as Fleury did — Has there ever been a greater wow moment in modern hockey than Fleury’s Superman save on Toronto? — but that’s not the job. The job is to stop pucks.

And despite what the haters say, Lehner has done that exceptionally well with the VGK. Yeah, he’s given up a bad one or three here and there, but guess what: So did Martin Brodeur, Patrick Roy, Jacques Plante, and even a guy named Fleury.

The key is what happens next after the bad one. And for the most part this season, Lehner has stopped it. And that’s why despite an unbelievably difficult year with injury and illness, the Knights are alone in first place.

If they’re to get where everyone in VGK Nation hopes and prays they do, it’s going to be Lehner who carries them there.