After a disheartening 2-0 loss to the New York Islanders at T-Mobile Arena, the Golden Knights were 1-4-0, tied for 28th in the 32-team NHL and squarely in the Shane Wright Derby. 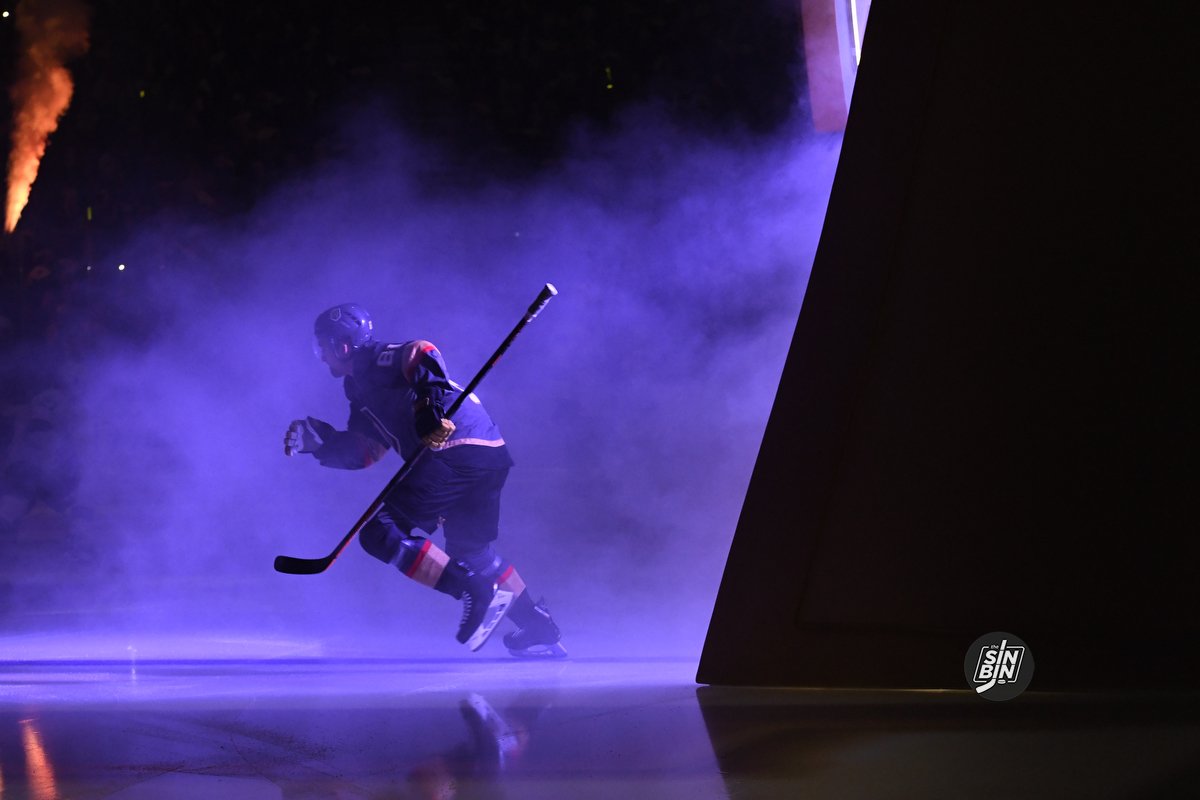 When the calendar turned to 2022, things were vastly different. A 3-1 victory Friday over the Anaheim Ducks that wasn’t nearly as close as the score indicated, left the VGK with 44 points, which leads the Western Conference and is third in the NHL.

After 34 games, there were 204 possible games played in the top-six forwards. Those players — Stone, Pacioretty, Chandler Stephenson, William Karlsson, Reilly Smith, and Jonathan Marchessault, played in a combined 150.

That means the VGK’s top six forwards only played in 73.5 percent of the team’s games. The top four defensemen going into the year — Alex Pietrangelo, Shea Theodore, Alec Martinez, and Brayden McNabb — played in only 68.9 percent of the available games.

So, there is optimism that the recent hot streak should continue as the top players should be more available in the second half and, of course, Jack Eichel will debut sometime before the playoffs begin.

But getting cap compliant is going to be a massive chore and mark my words when I say that there will be plenty of pain yet to come in terms of roster subtractions to fit Eichel in.

The untouchables there are, obviously, Stone and Pietrangelo, since they’re not only among the best at their positions in the NHL, but because they had no-move protection.

But also on that untouchable list for me has to be Nic Hague, Zach Whitecloud, Robin Lehner, Nic Roy, Stephenson, Pacioretty, and Marchessault.

Hague and Whitecloud are close to being top-pair defensemen already and haven’t looked at all out of place in increased roles. Martinez isn’t an untouchable considering his age and the wear-and-tear on his body, but he’s the kind of guy who makes good teams great and great teams champions.

Smith, Karlsson, and Evgeni Dadonov are the most likely to be moved, with Karlsson the most difficult to swallow of the three.

Smith plays like a champion night in and night out but he’s on an expiring contract. They could theoretically move him and try to re-sign him at a lower price in the offseason, but there’s no way to know how much interest he’d have in that scenario.

If either Smith or Dadonov went, it would create an issue for where to put Eichel.

As Stephenson keeps up his sensational season, it makes sense to keep him between Stone and Pacioretty. If Smith goes, Dadonov would bump up to the second line to replace him, but then who would Eichel play with? They didn’t acquire him to play with Matias Janmark and William Carrier, that’s for certain.

If they try to keep both Smith and Dadonov, they could jettison Carrier, Janmark, McNabb, and potentially back-up goalie Laurent Brossoit. Brossoit has been a very solid backup, but if he is carrying the load in the playoffs, the Knights probably aren’t winning the Cup no matter what.

Moving Janmark, Carrier, McNabb and Brossoit would be more than enough to enable them to fit Eichel in.

With Eichel replacing Stephenson on the top line and the Misfits staying together, the third line would look good with Stephenson, Dadonov, and Roy. And that would leave a fourth line of something like Patrick, Howden, and Keegan Kolesar.

If Coach Pete DeBoer and GM Kelly McCrimmon opt to keep the top line together, Eichel would probably replace Karlsson on the Misfit Line, with Karlsson then slotting in with Roy and Dadonov. Again, it would be a solid line.

The fans who were happy upon hearing that Pacioretty underwent wrist surgery and would be out indefinitely were undoubtedly hoping the VGK could pull a “Kucherov” and add Eichel without subtracting anyone of significance.

Losing Pacioretty for the season would do that. Last year, Tampa’s Nikita Kucherov missed the entire regular season, but returned in the playoffs and was magnificent as the Lightning won its second consecutive Stanley Cup.

As terrific of a goal scorer as Pacioretty is, he’s not that kind of player. He’ll need some games to work his way into condition for the playoffs.

The VGK need a healthy Pacioretty to win the Cup. So from that standpoint, the surgery to fix an ailing wrist has to be good, assuming he returns early enough to be in playing shape by the playoffs.

If the Knights can manage the cap to get Eichel into the lineup without subtracting a nearly irreplaceable forward, the chances of a parade on Las Vegas Blvd. increase exponentially.

But to get there, the big guys not only need to perform at the highest level, but they’ll need some other improvements.

The most significant of which could come from Kolesar, an immensely talented big man whose hands have been miserable and whose size isn’t as much of a factor as it once was.

Lehner has been mostly great, but if he could take his game to another level, it would be significant.

But cap woes or not, this team that started so poorly looks on New Year’s Day every bit the significant Cup contender. It’s going to be a wild second half.