Over the next 40 or so days, George McPhee and Kelly McCrimmon will spend most of their waking hours trying to figure how to ship out a highly paid player or three without destroying the Golden Knights’ chances of winning the Stanley Cup.

If Jack Eichel plays in the regular season, that means there are significant pieces of this team that won’t be part of a potential Cup run.

But they’re also going to need to keep an eye on the future, because they know as well as anyone it is unsustainable trying to make a franchise a consistent Cup contender via trades and via agency. 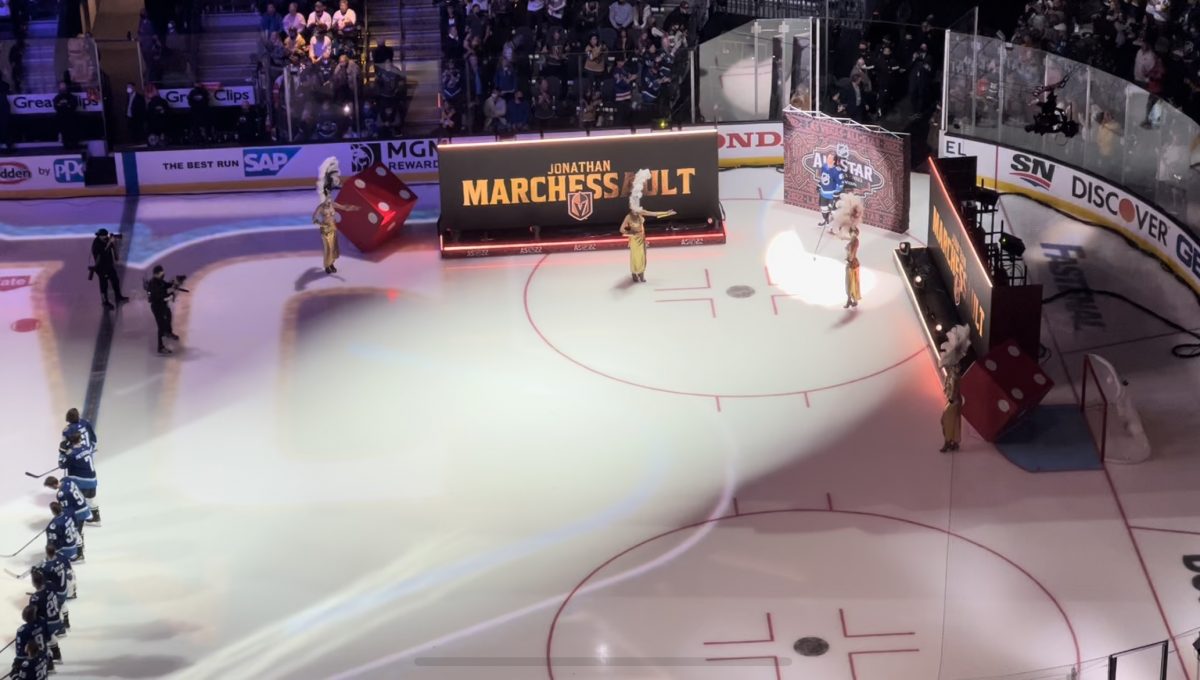 Two of the three Golden Knights’ representatives at the 2022 All-Star Game fit that criteria. Jonathan Marchessault was undrafted, while Mark Stone was picked in the sixth round in 2010 by Ottawa.

Stone was chosen higher than Dallas’ Joe Pavelski, though, who was a seventh-round pick by San Jose way back in 2003. Minnesota’s Kirill Kaprizov and Anaheim’s Troy Terry were products of the fifth round of the 2015 draft. And Kaprizov’s Wild teammate, goalkeeper Cam Talbot, went undrafted.

If you go back, nearly every draft has impact players taken late.

The point of this is that if the Golden Knights are to remain an annual Cup contender, they’re going to have to replenish the system through the draft and hit on some players late. It’s the only way to compete when you’re paying top talents like Eichel, Stone, and Alex Pietrangelo.

McPhee and McCrimmon undoubtedly will have to trade someone they don’t want in order to fit Eichel onto the roster salary cap-wise. It’s going to hurt when it happens, especially if, as has been rumored, the Knights part ways with Reilly Smith, an original misfit. Smith is still a significant contributor and if he goes, he won’t be easily replaced.

The Knights have largely done well in the draft. Nick Suzuki looks like he’ll be an impact player, albeit with Montreal. Nic Hague, a 2017 second-round, has developed well and is showing signs of being a top pair defenseman; but if he’s not a top pair guy, he’s clearly someone the Knights can count on in the top four for years.

Zach Whitecloud was an absolute steal as an undrafted college free agent, and reports are promising on recent draftees Brendon Brisson, Lukas Cormier, and Zach Dean.

But because the Knights have traded so many picks, their farm system doesn’t have that much depth, which is why most of the outlets that rank these kinds of things have the Knights placed in the early 20s.

As McCrimmon works the phones, he needs to try to get picks for whoever he moves to make the Knights’ cap compliant. The worst part of the Marc-Andre Fleury deal is that the Knights’ got zero for him, not even a late-round pick.

The Knights’ staff has shown itself to have a good eye for talent. The Silver Knights don’t have any players on the roster now who are going to be impact players, but there are several who show the ability to be NHL regulars. That is the lifeblood of a solid franchise.

Henderson’s Jonas Rondbjerg and Jake Leschyshyn have shown they can play regularly in the NHL with more development, as to a lesser degree has Paul Cotter. Logan Thompson isn’t going to win the Vezina, but he looks to be at the worst, a very good No. 2. Pavel Dorofeyev has some promise but needs to get bigger. Kaeden Korczak can be an NHL regular. And defenseman Peter DeLiberatore has grown on me and he might develop into a bottom-pairing guy.

Not all of them will develop and fulfill their potential, which is why franchises need so many players.

If they wanted to, the Knights could probably dump a Smith or an Evgeni Dadonov in Arizona and have the Coyotes keep the entire cap hit, which would be significant in Dadonov’s case since he has term remaining. But the Coyotes wouldn’t want either guy unless they got picks in addition for helping the Knights out of salary cap hell. That just doesn’t seem to be a wise move for the VGK.

To lessen the impact of whatever may happen, the Knights could try to trade from their depth. Pittsburgh’s Tristan Jarry is having an outstanding year, but backup goaltender Casey DeSmith, who was so good the last two years, has been awful this year.

Smith is in the final year of a deal that pays him $1.5 million. The VGK could send Laurent Brossoit and his $2.5 million salary to Pittsburgh either for a pick or for a pick and Smith. The Knights could then send Smith to Henderson and use Thompson as Robin Lehner’s backup.

Waiving guys like Adam Brooks and Ben Hutton will save a million or so. Maybe trade William Carrier for a late pick. If the Knights look to move Dadonov, the Islanders could be a place. They are tight on the cap — Aren’t all contenders (even though the Isles aren’t doing much contending now)? — but they need guys who can put the puck in the net and not only can Dadonov do that, he’s shown a pretty good two-way game that Barry Trotz demands.

Maybe the Knights can get a mid-round pick for him.

The point is, the Knights can’t afford to think exclusively about 2022, because that will come back to haunt them very quickly. They need to accumulate picks, and they need to hit on a lot of them.

They’ve done that fairly well so far with the picks they’ve had, but they haven’t really had a late-rounder come through. If they could pull that off, their future will look as bright as their present.

February Is More Than A Light Schedule For VGK