Iole: Enough Bang For His Buck?

As a lifelong fan of the Pittsburgh Pirates, I’ve often longed for a team that was aggressive in free agency, pursued the best players with vigor regardless of cost, and had ownership that almost seemed insulted if it didn’t win the championship.

But now, I have that in the Vegas Golden Knights, where owner Bill Foley has focused only on winning. He’s allowed his staff to trade for the big names who were available on the market. He’s permitted them to go after the elite free agents.

Like the late Jack Kent Cooke, the former owner of the Washington Redskins once said about his coach, George Allen, “He was given an unlimited budget and he exceeded it.”

Foley has to feel that way as Season 5 winds down with a Detroit Lions Super Bowl championship looking about as likely in a few months as a VGK Stanley Cup title.

Foley’s spoiled the fan base, and no doubt his hockey operations department, by his seeming eagerness to spend any sum, make any signing, in pursuit of that elusive championship.

Goaltender Robin Lehner is sidelined now with upper-body AND lower-body injuries, you say? The fan base simply calls for Foley to spend the millions it would take to bring old friend Marc-Andre Fleury back to town.

These are real dollars, people, that Foley is spending, not just Monopoly money that has no impact. Foley has done everything reasonably expected of an owner, and then some. Hell, he’s even sat down for an interview with Ken on multiple occasions! 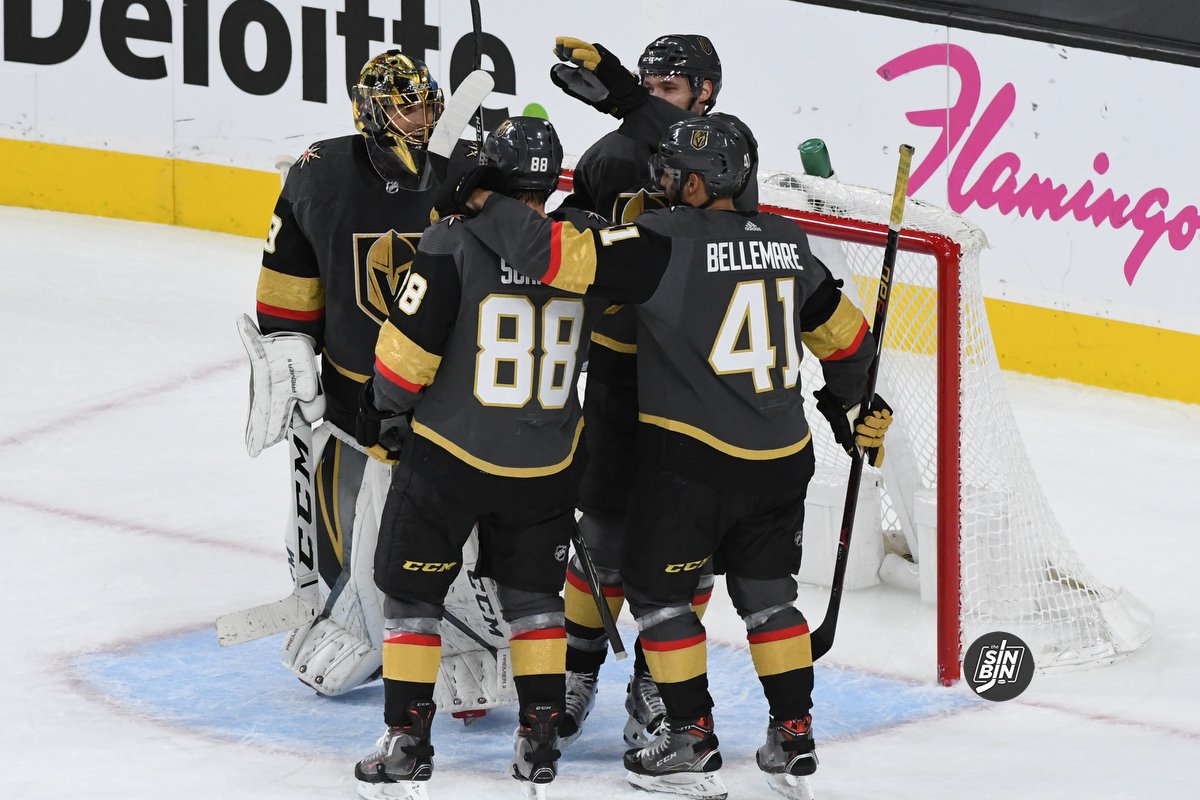 In addition to the trades for Max Pacioretty, Mark Stone, and Jack Eichel, and the free agent signing of Alex Pietrangelo and the extensions for Lehner, Jonathan Marchessault, Reilly Smith, William Karlsson, Alex Tuch (Remember him?), Nate Schmidt (Or him?), Foley went so far as to purchase an AHL team and build a new rink for it. The benefit? So the NHL club could fill fourth-line, third-defense pairings and backup goalie spots a bit easier.

He’s laid out an inordinate amount of cash — to be fair, the Golden Knights are also a pretty profitable franchise — and what does he have for it? Well, no Cups, and so they’re a failure if that’s the only standard you measure by.

But that’s not fair. The Golden Knights have become one of the destination franchises in the NHL and you don’t see any of the players, past or present, complaining about the way they’ve been treated while they’re here.

They’ve won two division titles, one conference title and have been among the league’s Cup favorites every year since the second season.

Now, do we blame McPhee or McCrimmon for what is going on here? Does Pete DeBoer, as coaches so frequently and so often unfairly do, pay for it with his job?

Do we simply blame the injuries and say, “Things will be better when everyone is healthy?”

When Pacioretty was injured during the 2nd period and left the bench, that meant nine regulars were out of the line-up. Considering there are 20 regulars — 12 forwards, six defensemen, and two goalkeepers (I for some reason get a kick out of that word) — who suit up each night, that’s 45 percent of the lineup.

And it’s not like it’s been for a short time. This has been going on all season. Some of my media buddies in Pittsburgh like to gloat about how well the Penguins are playing and how they’ve been racked by injuries, but it’s nothing like what’s happened to the VGK.

No team in the NHL can come close to matching it.

So, of course, you’d have to be a fool to suggest that the injuries haven’t played a huge role in the disappointing hockey we’ve seen in the last couple of months.

Just to reiterate, when the 3rd period began without Pacioretty, this is what the Golden Knights were missing:

So if you want to compare what it’s like, take the Avalanche and remove Gabriel Landeskog, Nathan McKinnon, Nazem Kadri, Andre Burakovsky, Alex Newhook, Tyson Jost, Devon Toews, Sam Girard and Darcy Kuemper for several months and see how well they play.

Injuries are a factor we can’t ignore.

But they’re not the only factor. Change has been so constant, they lost a sense of team. In the playoff bubble in Edmonton in 2020 — not all that long ago — the VGK players formed a “fun committee” to make life in seclusion more tolerable. Three of the four players on that committee: Schmidt, Ryan Reaves, and Nick Holden are already gone. Marchessault is the only “committee member” remaining.

Team-building is an art, and it’s something the Knights haven’t done all that well for a while. Throwing a collection of great players together doesn’t always work.

There aren’t many easy outs in the NHL, but if there are, Ottawa, Philadelphia, and Buffalo are three of them. But VGK lost to two of them and needed a goal at 19:54 of the 3rd period against Ottawa to win there.

And it’s just as concerning hearing the players talk about not liking the compete level. Maybe Pietrangelo is worn down by the huge amount of minutes he’s logged, but he hasn’t looked like an impact player for a while.

If Shea Theodore, supposedly the team’s best offensive defenseman, fails to score on Sunday against Columbus, it will be a full quarter of the season he’s gone without a goal.

With the trade deadline approaching in just over a week, there’s going to be pleas for McCrimmon to trade X player or bring Y player in.

But at this stage, his best bet is to largely stand pat. He needs to get cap compliant if he can by the deadline in the off chance Stone is healthy before the playoffs.

But enough injecting of new blood into the room. It’s too late at this point.
Roll the dice and hope you have an entirely healthy lineup on Game 1 of the playoffs. Then you can go with Pacioretty-Eichel-Stone, Smith-Karlsson-Marchessault, Janmark-Chandler Stephenson-Evgeni Dadonov and Nic Roy-Howden-Patrick as the four lines. They can put McNabb with Pietrangelo, Martinez with Theodore and Nic Hague with Zach Whitecloud as the three defense pairings.

Take a shot at it with that group.

If it doesn’t happen, though, look out. Bill Foley didn’t get ungodly rich by spending millions for mediocrity.

Sadly, that’s what he’s getting for his money now. It’s like the VGK have become the Pittsburgh Pirates of the NHL, except with the league’s highest payroll.

A Realistic Approach Is Required For VGK At Trade Deadline