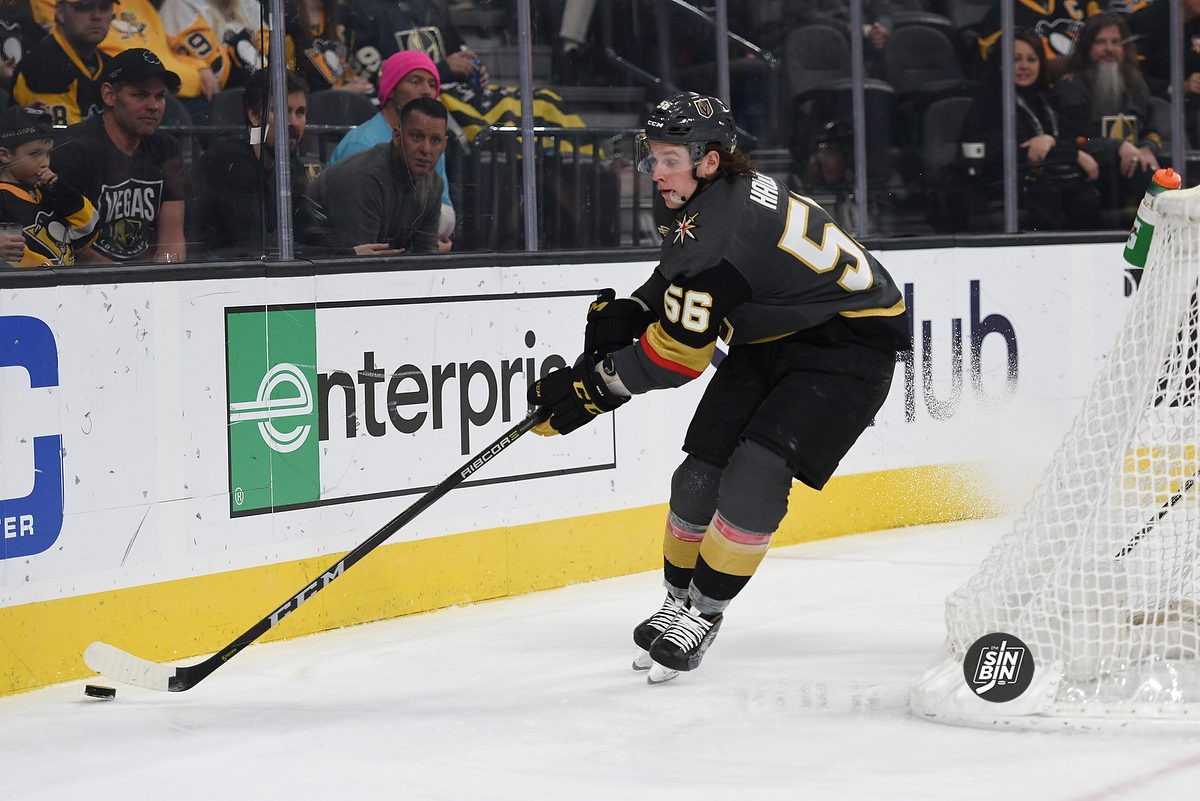 They could have continued on the rest of the game if they wanted to, but they played it very smart. That’s a good team over there. -Holtby

Washington Head Coach Barry Trotz had a feeling Vegas would come out strong, and warned his team about the Golden Knights fast attack.

Well, we lost in the first 10-minutes. We talked about this team on how they like to jump on teams. We played last night and they wanted to jump on us early. There is great energy in this building. They have a team that really competes hard on pucks. We talked to our players about this team, even with the first time seeing them, and we told them, ‘if you aren’t ready for this speed and pressure, we have to play quick against this team, if you aren’t ready for it and compete with their speed on the puck, they will overtake you, surround you, and they will buzz you.’ They really did that tonight. -Barry Trotz, Capitals Head Coach

Fans watching came to the same conclusion as Trotz. The game was won by the Golden Knights in the first ten minutes of the contest. The Capitals coach felt like his team bounced back but it wouldn’t have mattered by the way Marc-Andre Fleury played.

After the first period I thought our game was pretty good. A lot of our game was that we couldn’t get passed Marc-Andre Fleury, but we had a couple looks. They really compete. They make those desperation plays, and I thought Marc-Andre Fleury was real strong when he needed to be tonight. We lost the first 10-minutes and the last two periods were pretty decent. -Trotz

Gerard Gallant recognized his team took advantage of Washington’s early struggle to get out of the gate.

I don’t worry what the other team does, but we came out and had a really great jump in the first period and we capitalized on it. We took advantage of it and obviously that was the difference in the game with us coming out early and getting that 3-0 lead. Again, we didn’t play great in the second and third, but they had a press on us. They started to come at us a little bit and they forced us to play a lot in the d-zone and I think we did a good job for the most part. -Gerard Gallant

Rumor has it, a local child wrote a letter to Santa Claus asking if the Golden Knights could be in first place by Christmas.