With a little over a minute remaining in regulation of a tie game, the Kings found themselves with clean possession of the puck as the Golden Knights made their final line change of the game behind the play. Defenseman Matt Roy left the puck for his partner Sean Durzi who carried it behind the LA goal where he was poised to begin a breakout.

I honestly didn’t know he was coming out. If he would have taken it to OT, I would have stood there and waited. There’s no sense in letting him bait me. -Mark Stone

We just assumed he was going to kill the clock and take the point. -Alex Pietrangelo

Durzi had other ideas.

I was hoping he’d come out. We want to play hockey. No one wants to stand there and watch that. We didn’t want to give ourselves up and flush him out though, that’s a sucker’s race. -Bruce Cassidy

After holding the puck for exactly 22 seconds behind the goal with the crowd urging the King to get the puck forward and attempt to win the game, he did just that. Durzi skated out to his left and fired a pass 100 feet along the ice to the red line.

Here’s what he saw as he went to make the pass. 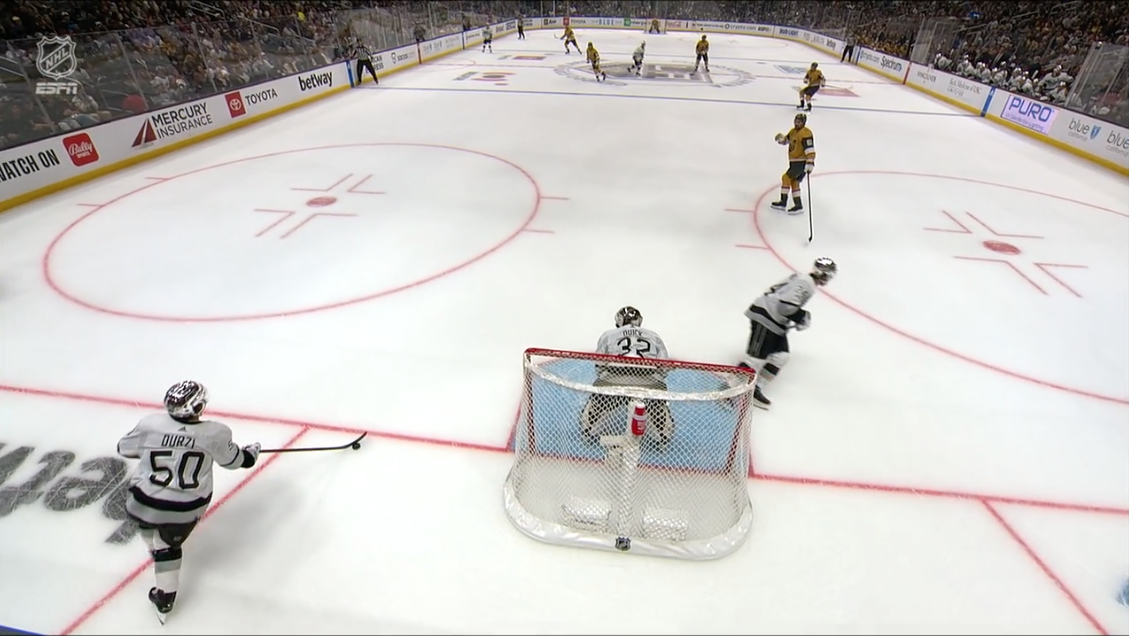 I read it pretty well. I kind of played off the guy because I didn’t think he could make that pass. I was standing beside him (at the red line) and I thought, well this doesn’t make a lot of sense to be standing here. So I kind of let him get over a little bit. Then I jumped the pass and Stevie made a great play. -Pietrangelo 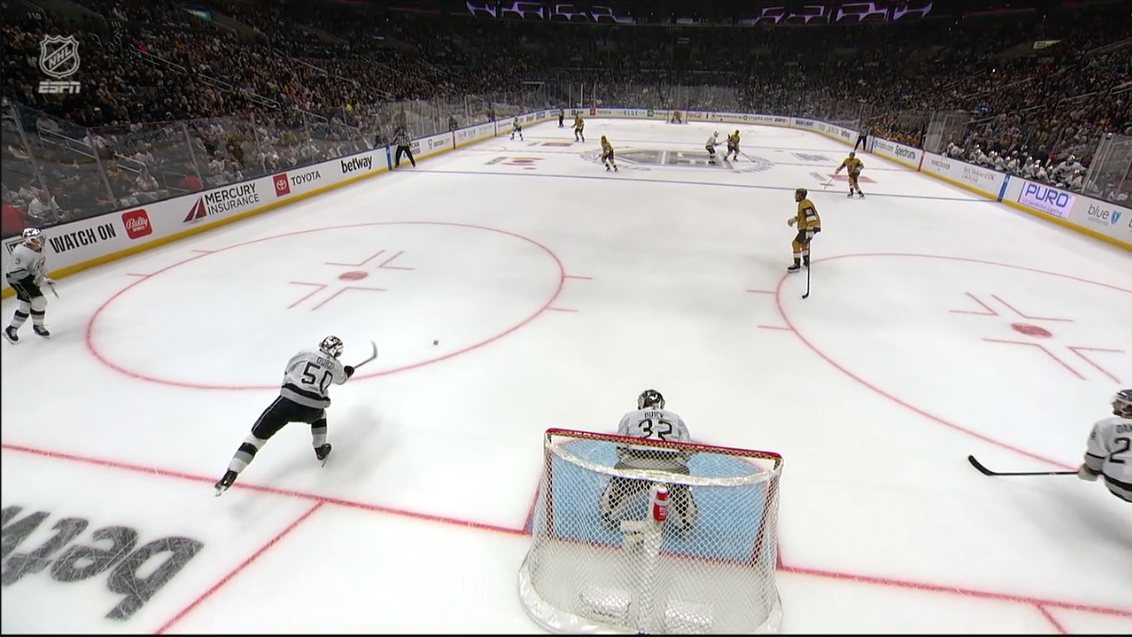 And then completely took it away. 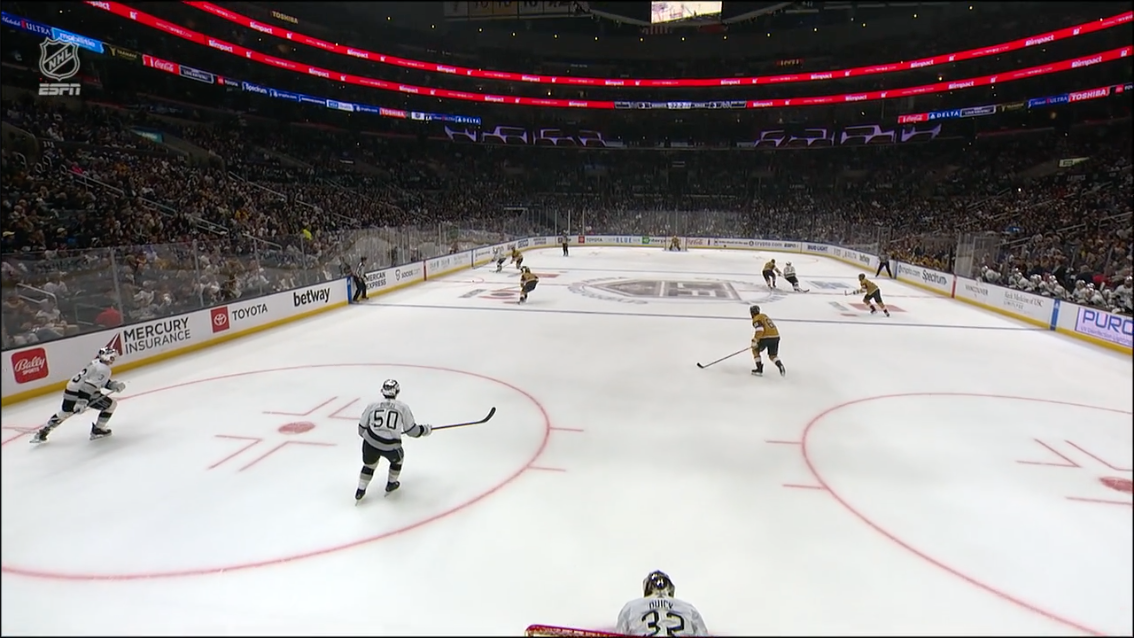 Petro made an incredible play. I don’t think it was really a bad play by (Durzi), he’s just sending it up the boards. One of our best defensemen makes a great play and it sends us off in transition. -Stone

From there, Stephenson hopped on the loose puck and steamed into the offensive zone. A perfect net drive by Brett Howden pushed back multiple defenders to allow Stone to slip back into a trailer position where he received the puck and fired it through a tiny window and beat Jonathan Quick high stick side.

I think I jumped 10 feet in the air on that goal. If anyone ever says I can’t jump just check the bench on that goal. -Paul Cotter

Then, expressive Mark Stone made his triumphant return to the same arena he experienced the worst of his back pain less than a year ago.

In the end, the Golden Knights had snatched up two points and left the Kings with nothing after 59 minutes of back-and-forth hockey.

It’s the perfect springboard to the season for the Golden Knights, and who knows, it might be the point(s) that make all the difference six months from now.