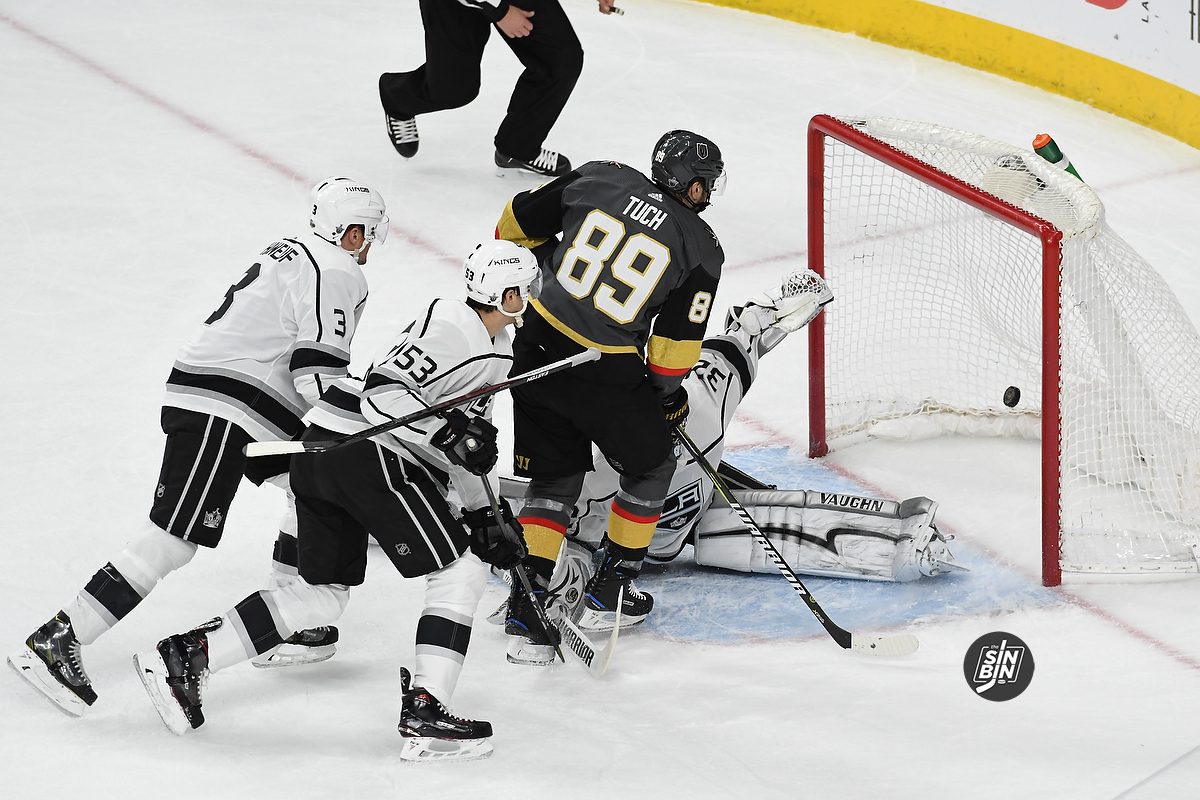 The Kings finally took a lead in the series, but they couldn’t hold on, and when they lost it, they LOST it. (Photo Credit: SinBin.vegas Photographer Brandon Andreasen)

The home locker room at Staples Center following Game 3 seemed dark and depressed. Most losing locker rooms are, but this was different. Inside the Kings room after Sunday’s 3-2 loss, I got the feeling they knew their chance to get back into the series was blown.

I think we created a lot of chances and maybe should’ve gotten a couple more goals in net. That’s how it is and it’s just tough right now -Adrian Kempe, LAK Forward

The talented 21-year-old forward was open to chat about the positives from Game 3. In a losing effort, it didn’t matter much to Kempe.

We had some good chances that we maybe should’ve scored on in the second and third periods. We’re going to go home and look at ourselves and come back tomorrow. -Kempe

For the third straight game, LA’s Captain Anze Kopitar sat in front of his locker stall looking tired, frustrated and searching for answers.

We got scored on twice and we were chasing the game after that. There’s nothing I can really say about that. We’re down, but we’re not out. -Anze Kopitar, LAK Captain

On the brink of elimination, it was clear the air was sucked out of the room.

They made a few turnovers that helped us gain the momentum. I felt we were quite composed and were in the game the whole time. Even if we looked like we were under the storm. -Pierre-Edouard Bellemare

Bellemare and his teammates were expecting the heavy attack the Kings came out with in Game 3, especially in front of their LA fans.

We knew it was going to be a tough game. At the end of the first period, we didn’t play a bad period, I’ll take 1-0 any day. -Bellemare

Of course, there’s a chance LA wins Game 4 and stretches the series, but that’s all it would be. It’s just too much and too late for the Kings to win the series. From what we’ve watched, it would be near to impossible LA can beat the Golden Knights four straight. Let’s be honest, there are not many teams left that can.