In The Biggest Moments, You Can Always Count On The Golden Knights To Show Up

If 2020 has taught us anything, it’s that nothing should be taken for granted. In a year that has rocked the Earth more than any other in our lifetimes, it feels like there’s not much left we can truly count on.

That is, unless you are a Golden Knights fan.

Through the short three-season history of hockey’s now second newest franchise, the Golden Knights have experienced a lot. The list out of whacky things this team has gone through over the past 1,084 days since they stepped on the ice for their first preseason game is astounding. Through it all, no matter the storyline, be it on-the-ice, off-the-ice or sometimes a little of both, when the puck drops on the biggest games, they may not always win, but the Golden Knights always show up.

This story goes all the way back to the first game in franchise history. A few days prior, the city in which they now called home had experienced one of the worst tragedies in American history. They were being looked at as an escape from reality and they needed to show up for Vegas. They did in Dallas, they did the next night in Arizona, and boy did they ever in the most emotional home-opener in sports history.

As that season went on, time and time again the Golden Knights were presented with massive emotional tests, and every single time, they were up for the test. Fleury’s return from concussion followed by his first game against Pittsburgh. The game against 1st place Tampa Bay. The chance to clinch a playoff berth, then another one to win the division. The first playoff game. The first closeout game. Game 5 against the Sharks. Game 2 vs Winnipeg. Even Games 3, 4, and 5 against Washington. Not a single time can anyone point to a Golden Knights game and say, they were a no-show that night.

The following year it continued with one the most important games of all, Game 7 in San Jose. Like a few others, the outcome of that one got away, but the Golden Knights entered that game plenty of reasons to lay an egg and they didn’t.

There have been games following injuries, following trades, following coach firings, following agents tweeting out controversial pictures, following a global pandemic, following the league being paused in support of a protest against racial injustice, and every single time, without fail, when the Golden Knights hit the ice for the biggest games, they’ve always shown up. 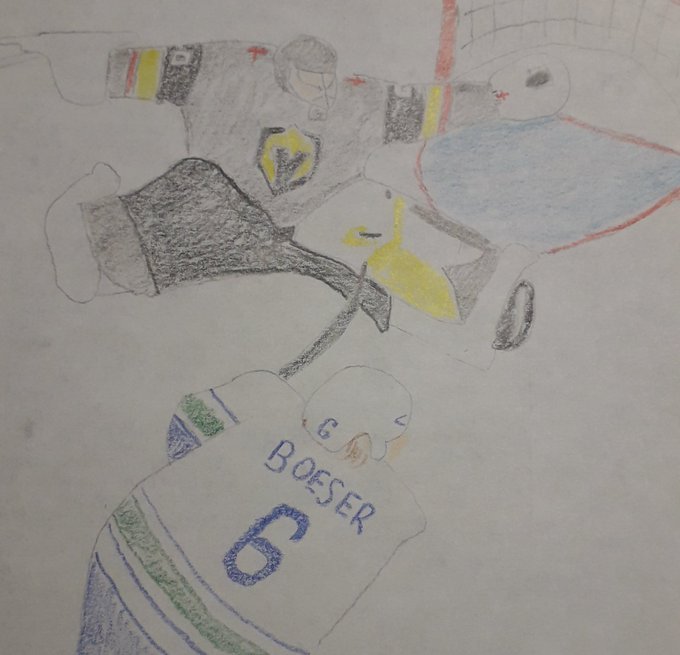 Last night, the emotional deck was stacked in favor of a Golden Knights flop in Game 7. They’d blown a 3-1 lead, their new coach had to make a tough decision which once again cemented the long-time leader of the franchise as a bench-warmer, they switched up the forward lines, they were playing against one of the hottest goalies the NHL Playoffs had ever seen, they were playing a back-to-back, and the list goes on and on.

Then, the game started, and the going got even tougher. But no matter what happened, the Golden Knights never folded. In fact, as they had in so many of the biggest games of their past, they rose to the occasion. They continued to play at their absolute best and basically forced the hockey gods to finally allow a puck off the post to deflect into the net as opposed to out.

Because of it, the Golden Knights journey continues. It continues into the Western Conference Final where at some point they’ll come across another moment in which they’ll be presented with a chance to crumble.

What it will look like or how they get there is yet to be determined, but at some point, it will happen. When that moment comes, no matter how dire it looks, there is something in 2020 we can take for granted, the best of the Golden Knights will show up when it gets here.

VGK PK Came Alive In Games 5-7, But They Weren’t Without Help