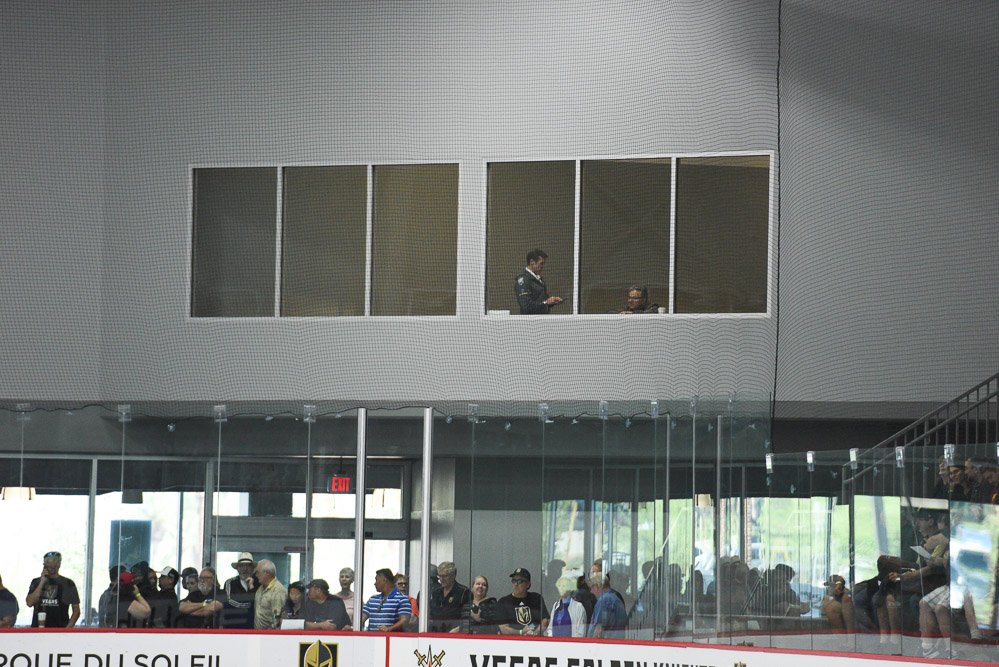 Then the Golden Knights started 8-1, outplayed a few teams on the road including getting a win in Ottawa, and things may need to change.

I will adjust to whatever is going on as the season goes on. If we are in the hunt, we’ll stay in the hunt, I’m certainly not going to sit here and derail anything. –George McPhee to TSN 1050

Since making that comment on October 26th, the Golden Knights have recalled Shea Theodore, waived Griffin Reinhart and Jason Garrison, and have nearly officially cut bait with “problem-child” Vadim Shipachyov. We’ve also seen a bunch of lineup changes including breaking up the first line of James Neal, David Perron, and Cody Eakin.

It’s only been 13 games, but the Golden Knights are playing great hockey and appear to be making moves to try and win now. No one, including George McPhee, expected that to be the case at any point this year.

They are competitive, that’s for sure. Now we’ll have to wait and see if McPhee holds his word. The good news is, we’re not going to forget “I’m certainly not going to sit here and derail anything.” So when James Neal, David Perron, and Luca Sbisa are sent out for draft picks in a few months, you can be rest assured we’ve got something to ask the Golden Knights GM.

Oh yeah, and we’re officially changing it from “Playoffs in three, Cup in six” to “Playoffs BY three, Cup BY six.” Why wait?

Only Similarity In Golden Knights Wins Are Differences