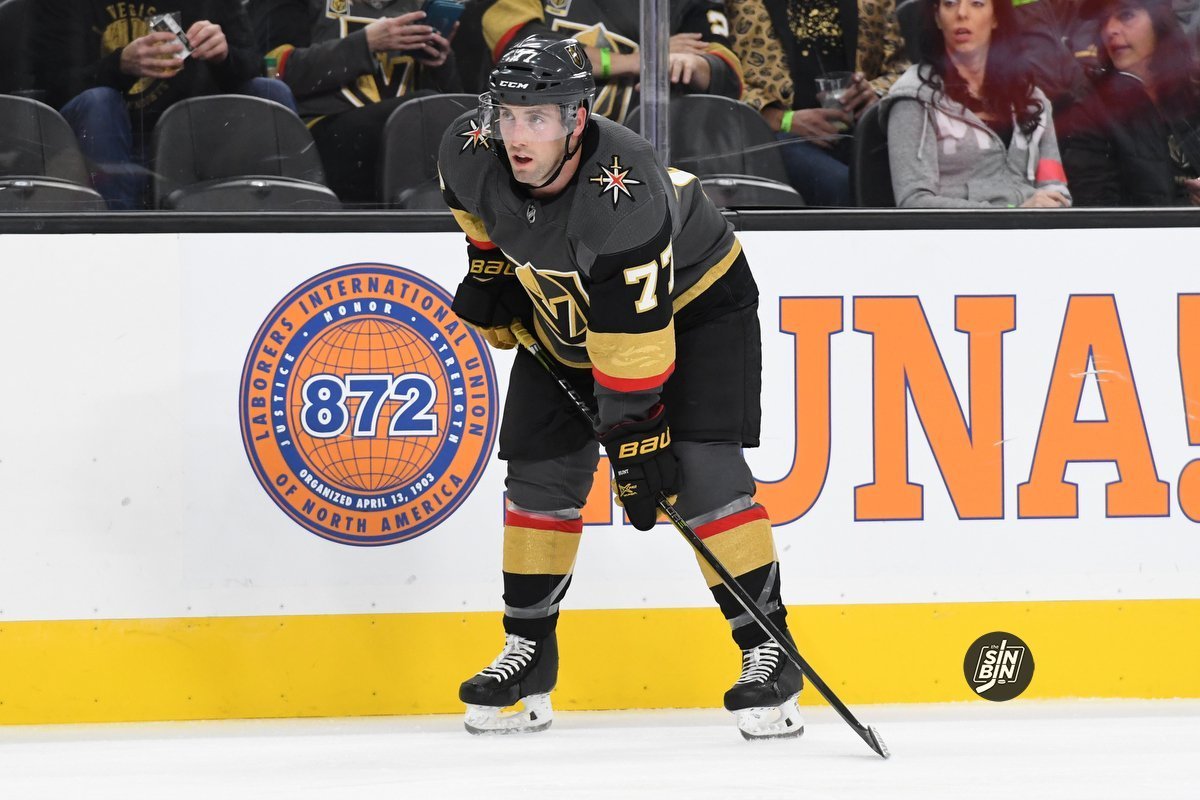 The Golden Knights moved up one round in the 2019 Draft essentially giving away Brad Hunt for next to nothing. The move has much more impact on the roster than next to nothing though.

First, the trade opens a roster space for the time being. With Reilly Smith and William Carrier on IR and the Golden Knights roster at the limit of 23, the move of Hunt brings that number down to 22. Thus, when either Smith (maybe as soon as Wednesday) or Carrier are ready to return, no other corresponding move will be necessary. When the other one is ready to return, another move will be needed.

After Wednesday’s game, which Zykov will probably not play in, the Golden Knights are off for almost two weeks. Smith is almost assuredly going to be ready on February 1st and Carrier who has been out with an illness will likely be back as well. Therefore, the final roster decision will likely be made before Zykov plays again.

Gallant said there was “no pressure” to use Zykov before the bye week and went on to say, “he’ll get his chance eventually.” There’s quite a bit of reading between the lines going on, but it would certainly be a bit of a surprise to me if Zykov is the one to go when the bye ends.

Finally, the Golden Knights now only have seven defensemen on the roster. Historically, meaning through more than 130 regular season games, they prefer to carry eight. So, the obvious first thought (at least to anyone who reads this website) would be Erik Brannstrom. It’s certainly possible down the road, but with the roster clutter remaining as is, it’s highly improbable he gets the call in the next few weeks. If there’s an injury, things could change though and there’s no question moving Hunt increases Brannstrom’s odds of seeing NHL ice this season.

That being said, McPhee probably will eventually bring up another defenseman to fill that hole, even if it’s after the roster expands on February 25th. It might be Brannstrom, at least for nine games, or it might be Jake Bischoff, Nic Hague, or Zach Whitecloud. Or, there could be another trade in the works before the deadline. However, something will change on the blueline, even if it’s nothing major.

So all in all, while it may seem like a fairly insignificant move, eventually something had to happen and McPhee at least turned it into something. Clearly, as the Wild were willing to make a trade to get him, Hunt would not have cleared waivers. From a hockey perspective, it’s always better to get something to move on from Hunt even if the return was peanuts.

As for Hunt, this is a good situation for him as he should step right into the Wild lineup, at least while Matt Dumba is injured. He will be missed in Vegas much more for his personality than his hockey (and that’s not to say he’s bad at hockey). Brad was always the nicest, most positive, person in the locker room and in the community. Last year Steve Carp wrote a terrific article illustrating this point wonderfully.

The Golden Knights selected the only players from 2 countries (Slovakia and Ukraine).

223 players from 14 different birth countries were selected in the 2021 #NHLDraft.

“We pride ourselves in the due diligence that we do. We really believe in how good of a person whether you’re going to reach your potential or not. I think we got some real good character kids in this draft.”-Bob Lowes, VGK Assistant Director of Player Personnel

“We had a really good interview with him and he spoke about how hard it was and adjusting. We were real comfortable where we got him and his upside.”-Bob Lowes, VGK Assistant Director of Player Personnel on defenseman Daniil Chayka

He was Sweden's goalie in the recent U18 tournament.

With the 190th selection the Golden Knights took Artur Cholach (D) from Sokol Kiev in Ukraine.