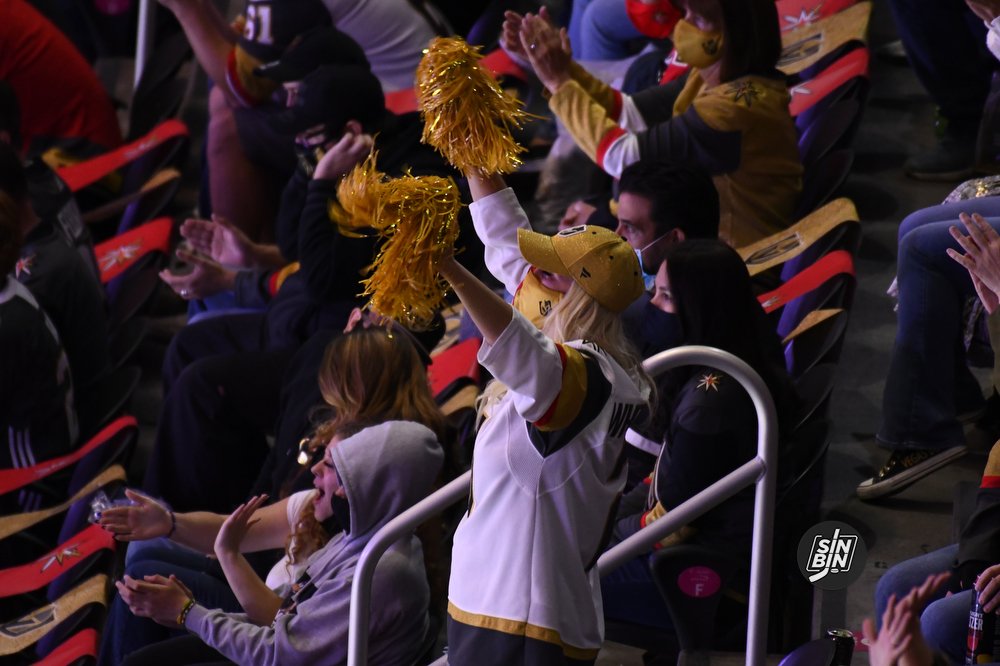 The other three are all different. One is a shorthanded breakaway that the guy makes an awesome deke to open up Price’s five-hole. Another is a shot that hit the post and Price knew he was out of position so he flailed back into the net like we’ve seen Marc-Andre Fleury do many times, but was unable to make the spectacular stop. And the last was a chance right out in front of him that would have required an incredible save, but one Price will need to make if he’s going to help his team pull off the upset.

On to the other 16, the ones that are born out of plays that leave the goalie helpless. The largest group of these is eight goals that are scored directly off a deflection or with enough traffic in front that Price never sees the puck. A few were tips by the offensive players, a few were off the Montreal players’ sticks or skates, or a few were simply thrown through and the Habs didn’t do a good enough job blocking them.

This is a place the Golden Knights can absolutely take advantage of the Canadiens and can neutralize the superstar they have between the pipes. While Montreal is adept at blocking shots, a lot do get through and they are susceptible to players getting sticks on pucks in front of Price. Creating traffic will be a huge story of this series if VGK are to win it.

Next, there were just two chances created directly off rebounds. They both happened very early on in the Toronto series and one was an incredible play by Auston Matthews as he collected a rebound right out in front while moving full speed, in one motion he put it into the abandoned goal. Hard to imagine the Golden Knights can rely on one like that. The other one is your classic first to find the puck tap-in rebound goal. There’s only one of those over 22 playoff goals against Price, and the Golden Knights are not particularly great in this area, so those are probably not to be expected in this series.

Finally, we have the last six, which are mostly off the exact same style of play. Like any goalie, when Price is forced to move from post to post to defend a one-time shot, he’s at risk of allowing a goal. One of the six was a cross-ice pass on an odd-man rush which was brilliantly finished. It’s the other five that are the most intriguing though. In just 11 playoff games, the Habs have allowed five goals that are from passes into or through the slot that are hammered in by opposing players. These are the pretty goals, like the one we saw from William Karlsson in Game 6.

The Golden Knights are likely going to have quite a bit of offensive zone time in this series. Plan A should always be to get traffic in front of Price in order to take away his vision and deflect pucks past him. But Plan B needs to be something the Golden Knights don’t do a ton of, and rarely tried at all against Colorado, and that’s hitting the pretty seam pass through multiple defensemen. Normally, it’s best to be conservative with these types of passes as a poor one means the end of the offensive possession, but against Montreal, they’ve shown poor enough stick position and enough of an inability to bat pucks out of the air that Vegas should be seeking out these plays as a way to beat Price.

All in all, the Golden Knights must be aware that goals will be hard to come by in this series. As good as Phillip Grubauer and Cam Talbot at times in each series, Carey Price is on another level beyond both of them. The Golden Knights will need to work incredibly hard to fight through what is likely to be a collapsed Montreal defense in order to get traffic in front and sticks in the offensive shooting lanes. Then, they’ll have to have the awareness and the guts to fire cross-ice passes to expose one of Montreal’s weaknesses.

And if none of that works, just rip a bunch of shots short side and pray to the hockey gods that Carey Price has another human moment.