How The Golden Knights Can Clinch By Sunday 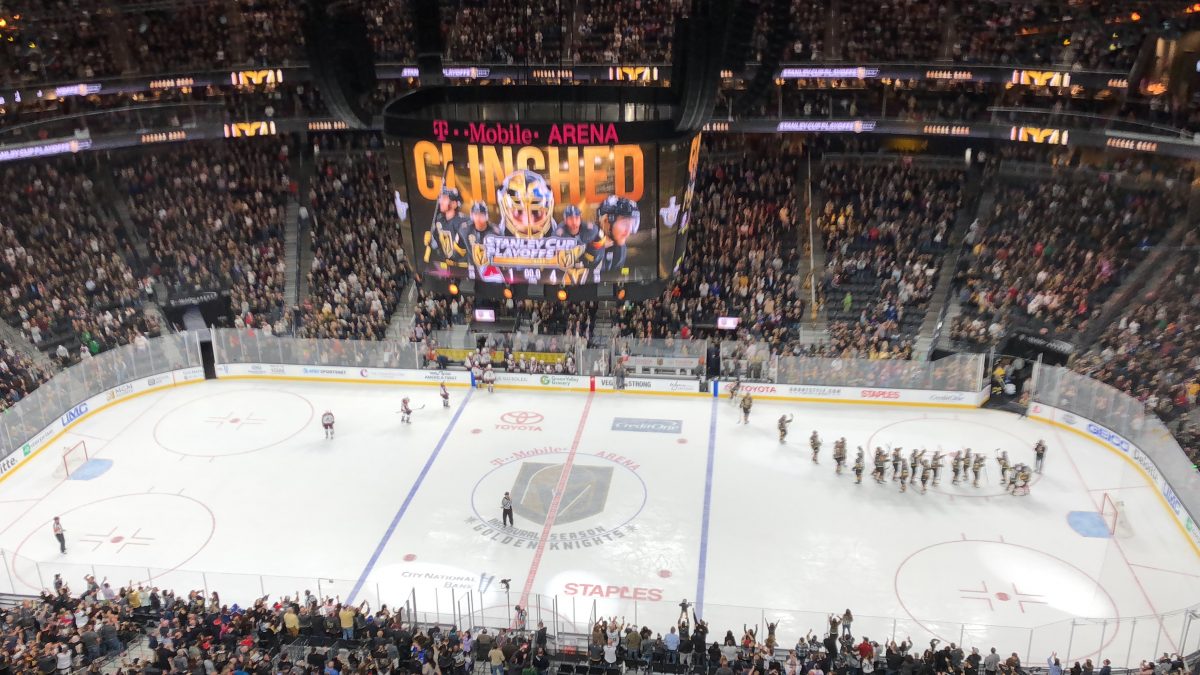 The Golden Knights clinched last year on March 26th. They can actually do it sooner this year.

Having won 10 of the past 11 games the Golden Knights have soared well above the playoff cut line and it’s only a matter of time until it becomes official that Vegas is heading to the postseason.

But, like everything in sports, nothing is a sure thing until it’s actually a sure thing. It can become a sure thing soon though, as soon as Sunday afternoon.

The Golden Knights currently have 89 points with eight games left to play. The first team out of the playoff picture is Arizona with 78 points, also with eight to go.

Thus, the easiest way for the Golden Knights to lock in their place is to eliminate the Coyotes. Using our “Points to Elimination” tool, it takes six points to do so (and only five VGK clinches the tiebreaker).

Arizona plays at New Jersey tomorrow and at the New York Islanders on Sunday. Vegas hosts Detroit tomorrow. If the Golden Knights win in regulation or overtime, and Arizona records only one point in those two games, Vegas will clinch.

If Arizona records two or more points, the Golden Knights still have a chance to clinch.

The attention would then turn to the Minnesota Wild, Colorado Avalanche, and Chicago Blackhawks. With a Vegas win tomorrow, the Golden Knights would need just one more point to eliminate Chicago and three to eliminate Minnesota and Colorado.

The Wild have a back-to-back in Washington and Carolina tonight and tomorrow while Chicago and Colorado have a home-and-home back-to-back against each other Saturday and Sunday.

So, if Vegas wins tomorrow, they would need Minnesota to record one or zero points in their two games, and Chicago and Colorado would have to split (with Colorado’s loss coming in regulation).

If any piece of both of those scenarios falls short, the next Golden Knights attention will turn to Monday in St. Louis.

It could happen Sunday, it could not, but either way, it’s happening soon. Once that’s locked up, the focus is going to start to shift towards San Jose, who as of this article are five points ahead of Vegas with eight to go. It’s a tall task, but if the Golden Knights can knock off the Sharks again on the 30th, things could get very interesting that final week.

Laurent Brossoit has been a decent backup playing 54 games over the past three seasons with the Jets. He posted a .913 save percentage and allowed 2.75 goals per game.

The AAV is a bit high for a backup goalie on a team this cap-strapped.

Free agency is officially open and the tracker is on the site. 1 trade and 1 pending UFA already in the books.

Evgenii Dadonov had been a solid scorer and a power play weapon while in Florida, but his numbers dropped off significantly last year in OTT. He had 25 power play goals in 225 games with FLA but scored 0 in 55 games with the Sens.

Sources have indicated to us that Nick Holden is being traded to Ottawa.

Sources have indicated to us that Nick Holden is being traded to Ottawa.