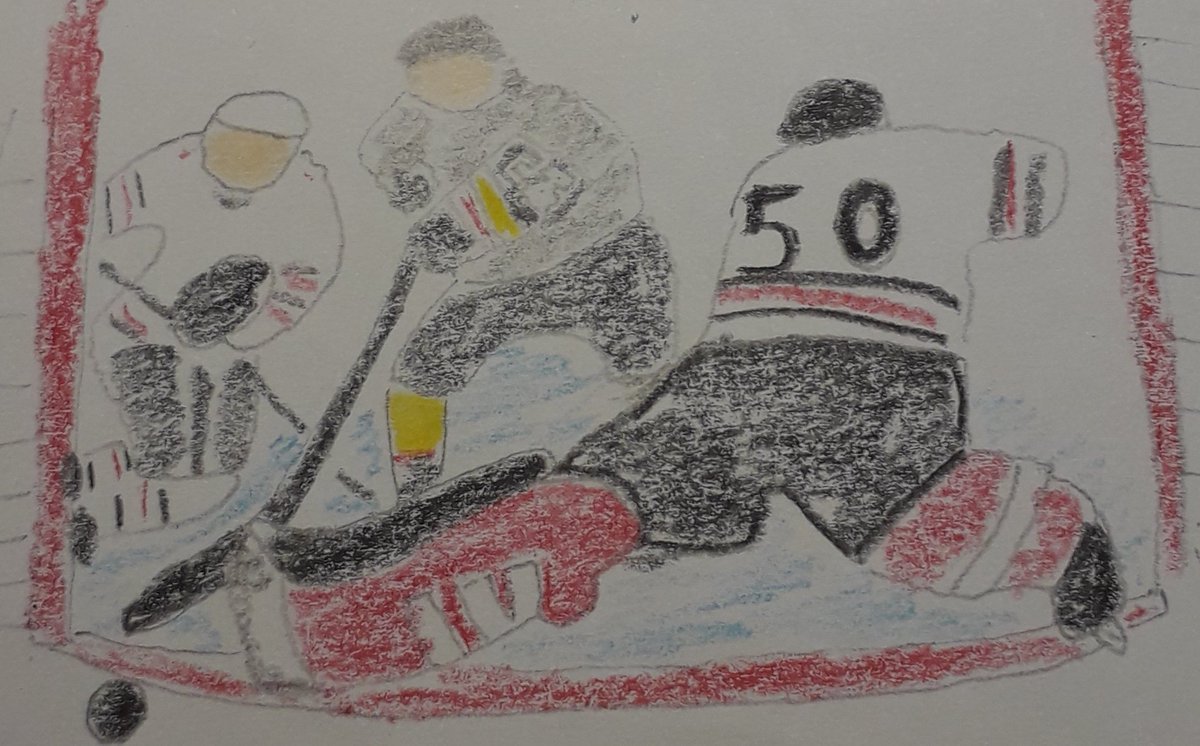 The early going of any series is going to come with what is commonly referred to as a “feeling out process.” Teams usually play pretty close to the vest, not revealing their entire game plan for the series and it tends to lead to slow-moving hockey. It doesn’t always go that way, but there’s no better way to characterize the opening frame of Game 1 between the Golden Knights and Blackhawks.

Not only did neither team score in the 1st, there weren’t even many great chances. Between the two teams, there was a total of five-shot attempts from inside the “house” in the entire 1st period. Most chances came from far away and both teams did well to thwart the opposing team’s attack.

I thought they played hard and were pretty hard defensively. You could tell they were trying not to give up much either. -Pete DeBoer

As the game went on though, the Golden Knights took what was already a slow game and made it even slower. In the 1st period, they were looking to strike quickly when in the offensive zone, and with Chicago’s commitment to defend it led to short offensive possessions. In the 2nd, that started to change and the game did with it.

I think we did a better job controlling the puck in the offensive zone in the 2nd period and on. They’re a rush team, so we don’t want to get into a track meet with them. Once we can get them to stop in the d-zone we can control the game a little bit more. It all came from offensive zone time and holding on to the puck behind the net. -Reilly Smith

Instead of playing the brand of fast transition hockey that helped carry the 2017-18 Golden Knights to the Stanley Cup Final, these Golden Knights slowed the game down, controlling the puck with more purpose, and methodically broke down the Chicago defense.

All four Vegas lines followed the same pattern as the game went on, defaulting to more of a cycle game than we’re used to seeing. Where Chicago’s defense preferred to collapse into the dangerous ice in the 1st period, the controlled offense from the Golden Knights forced them to open up in the 2nd and 3rd. Playing from under the goal line drug Blackhawks defensemen to the puck opening up shot lanes from the point and half-wall.

We were first on pucks in the o-zone and we were making good decisions. We took over in the 2nd and 3rd periods. -Marchessault

Both the first and second goals were a result of patient offensive play.

On the first, Alec Martinez cycled a puck under the goal line where Smith picked it up. Rather than heading straight for the goal or looking for the decisive pass to, or through, the slot, he held on to it eventually working it up to Theodore. Again, showing patience, Theodore carried it down towards the circle creating a shot lane as the Hawks switched the on-puck defender. Theodore shot it and Crawford couldn’t make the reaction save. (Here’s the highlight)

On the second, Nic Roy entered with speed charging towards the goal, but rather than taking on a properly positioned defensemen, he button hooked out towards the half-wall to maintain possession of the puck. Ryan Reaves overlapped him heading towards the side of the goal where he presented himself for a pass. Reaves accepted the pass and could have tried a quick shot in attempting to stuff it past Crawford, but instead, he hesitated bringing the puck away from the goal to create more space to shoot. While he did, William Carrier drove the net hard presenting traffic in the event that Reaves’ shot was stopped. It was, and Carrier won a scramble play (something that has plagued Chicago in these playoffs). (Here’s the highlight)

This is how the Golden Knights unlocked what appeared to be a stingy Hawks defense.

They used patience, persistence, and puck retrieval to set up the chances, then either a shot through traffic or a scramble in front to put the puck in the net.

Series often evolve as they go on, but this is likely a style the Blackhawks will not be able to defend due to their personnel. If Vegas can keep cool and calm in the offensive zone, they can break down the Hawks defense and either score goals that way or eventually spread the defense out allowing for more conventional Golden Knights speed-drive offense.