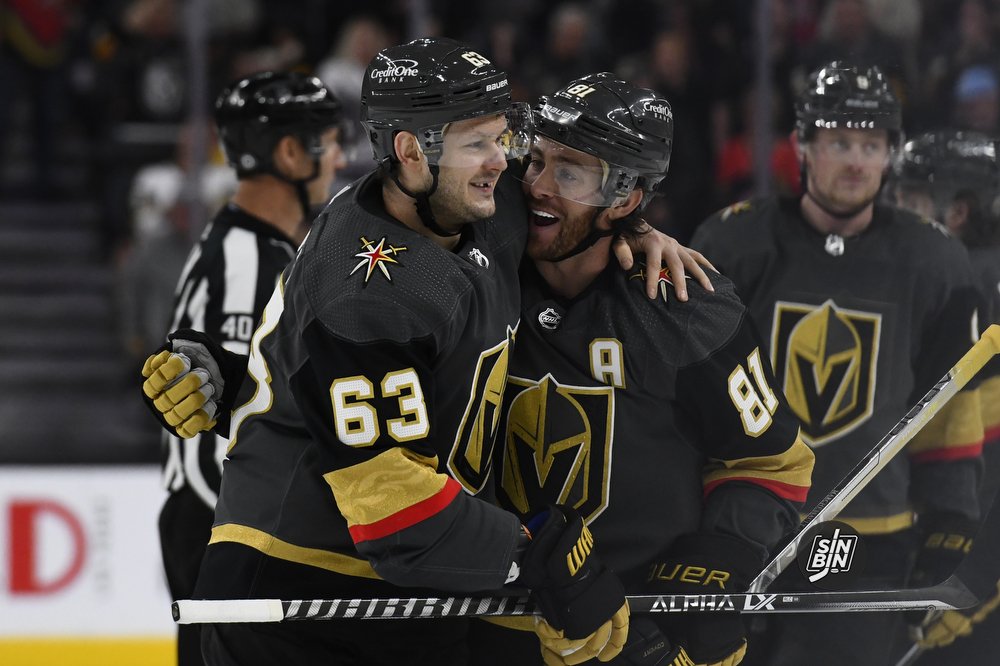 These are listed in order from most debilitating to least for the Golden Knights. We’ll start with the least taxing, #4.

When a team operates using LTIR, they are technically over the salary cap. How far over they are allowed to go depends on both the salary of the injured players and the healthy ones on the roster. The way the calculations work in figuring how much additional space are super complicated and trust me you don’t want to learn them. But, if you’ve ever taken a look at a team’s salary log, you’ll notice they aren’t all round numbers. For example, Nic Hague’s cap hit was $791,667. Shea Weber’s is $7,857,143. In order to maximize the amount of space the NHL allows, teams must try to organize their roster in a way that comes as close to the actual number allowed as they can.

This will happen to the Golden Knights this season and in each of the next four. Last year, they came within $40,000 of it. So, it’s not a big deal, but if you follow the Golden Knights, you know how important every penny is, and they’ll be wasting at least a bit every year until 2026.

On to #3. As established before, operating in LTIR means a team’s salary is greater than the upper-limit of the salary cap. In other words, there’s not a single extra penny of available cap space.

So, if the Golden Knights want to make any roster move during the season, they’ll have to find an equal and opposite move(s) to offset it.

Example: If they want to call a player that makes $1 million up to the NHL, they’ll have to find $1 million or more to send down to the AHL or to another team via trade.

VGK has operated this way for pretty much all of the last two seasons. It occasionally leads to weird days where they are short a skater, but in the end, it’s not a huge deal.

On to #2, which probably won’t matter much in 2022-23, but may in 2024-25 or 25-26. Some players have performance bonuses built into their contracts. These are for rookies or players who sign a contract when they are over the age of 35. The bonuses include milestones like games played, time on ice, goals, awards, and all sorts of other criteria that are written into a contract when it is signed. (Here’s a list of what they can be.)

These typically don’t count against the salary cap… until the player reaches the milestone. If the team has enough space after the season to pay the bonus, it is simply added to their salary for that year and there’s no real cap impact. But, if the team doesn’t have space, they have to pay it on next year’s cap.

Vegas faced this in the 2019-20 season when Deryk Engelland reached a $500,000 bonus. The Golden Knights paid half of it each of the following two seasons because of a COVID-related rule tweak. Moving forward, if they hit another one they’ll have to pay it all the next year.

On the current roster, there aren’t many players that have them. The most significant is Ivan Morozov who has $425,000 possible in 2022-23 and $850,000 in 2023-24. Others include Zach Dean, Paul Cotter, Kaedan Korczak, and Daniil Chayka. Otherwise, we’re looking at future draft picks or newly signed 35+ players.

Finally, we get to the biggest one. You may remember in the past the Golden Knights constantly sending waiver-exempt players like Nic Hague, Nic Roy, and Cody Glass back and forth from the NHL to the AHL. This was in an attempt to “accrue” cap space.

What it did was allow the Golden Knights a few extra dollars here and there to be able to spend at the trade deadline. When a team operates without LTIR, contracts added via trade are pro-rated based on the number of games they’ll play with the new team. So, if you acquire a $10 million player with just 20 games left, or 25% of the season, you’re only on the hook for 25% of his salary, or $2.5 million against the cap.

When you operate in LTIR, you don’t get that luxury. You want to add a $10 million player (and we all know the Golden Knights probably will again at some point), you have to find $10 million of cap space to make it happen.

Of course, this doesn’t stop other teams from retaining salary, as we saw in the Robin Lehner and Mattias Jamark trades, but it does make every in-season trade a little bit more expensive.

So, there you have it.

In my opinion, spending four seasons in LTIR is costly, and it will hinder the Golden Knights’ freedom to make moves in the future, but compared to the disaster of a trade they made the first time they traded Dadonov and it got reverted, this one is better.

But, I’d never call this a good trade for the Golden Knights. They sent a 2nd round pick and Nick Holden to the Senators less than a year ago for a player that went on to score 43 points and was be named the most valuable player in home games. Now they’ve traded him away for absolutely nothing and forced themselves to be an LTIR team for the next four years. It’s a disaster, it’s just not as much of the one they tried to make in March.

**Salary cap data for this article was sourced from PuckPedia.com. Massive stick taps to @PuckPedia and @MtlfanSakic for answering a ton of questions to help me write this piece. If you found even one word of this story illuminating, you owe them both a follow on Twitter.**