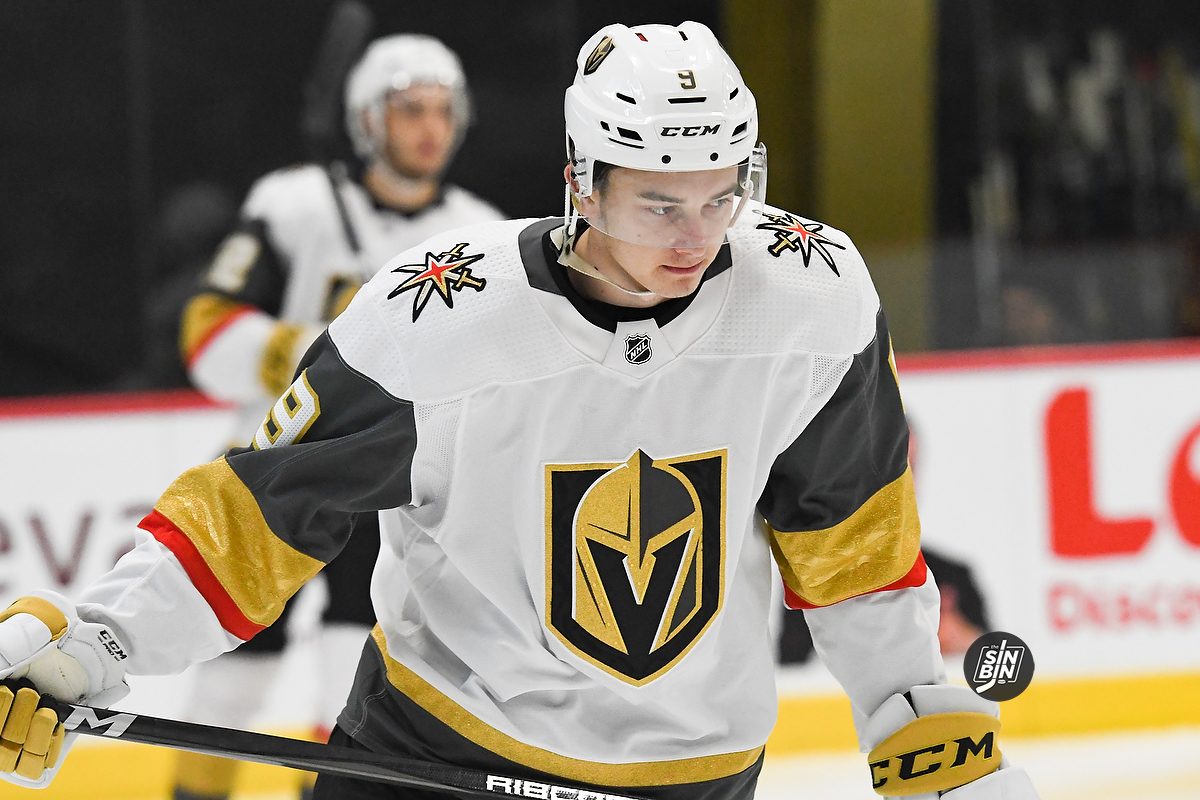 As the 6th overall pick in the 2017 NHL Draft and the first player ever drafted by the Vegas Golden Knights, Cody Glass was instantly thrust into the spotlight.

That light got even brighter after the other two first round selections by the Golden Knights were each traded in separate deals netting Vegas Max Pacioretty and Mark Stone. Glass was the only one left and with the success the team was having on the ice, he’s long represented the only real blue-chip prospect in the Vegas system.

The Golden Knights were purposely patient with Glass. He played his 20-year-old season in the WHL. Since, he’s spent the majority of time in the NHL, but a pair of recent demotions to the minors leaves his spot on the roster for this playoff run in question. This current trip to the AHL marks the third consecutive season the #6 overall pick has played in the minor leagues, which had me wondering, is this common?

To try and help answer that question, I went through every Top 10 selection from the 10 drafts prior to when Glass was picked. I wanted to see how many players played in the AHL at all, how many have made multiple trips back after reaching the NHL, and how many remained with their original team after a third stint in the AHL.

Glass got his first AHL action late in 2019 (year 2 following his draft), when he joined the Wolves for a playoff run to the Calder Cup Final. This is a very common path of the 61 players that spent at least some time in the AHL. Going back at some point is not all that uncommon either, 41 of the 61 players saw a second stint (in a different season) in the AHL. It’s the third trip that separates Glass from many of his Top 10 peers. Just 17 of the 100 players have seen AHL action in three separate seasons, which Glass now has.

A third trip still doesn’t truly have history going against Glass in regards to becoming a good to great player as Kadri, Schenn, and Turris are all solid. It does though if the expectation is that he does it with the Golden Knights. Of the 17 players to make at least three appearances in the AHL, 12 of them were traded within five years of their first professional season, which is by the end of next season for Glass.

The five that weren’t are Kadri, Dal Colle, Virtanen, Fleury, and Hamill. Fleury was just traded at this deadline, Kadri was sent out of Toronto ahead of last season, and Hamill has been playing overseas since 2013. Both Dal Colle and Virtanen remain on the team that drafted them, but neither play a massive role on the roster.

All in all, what I’ve taken away from this is Cody Glass is going to have to be an anomaly if he’s going to become the player everyone expected him to be and do it with the Golden Knights. In the past 10 years, his situation simply does not exist for players that go on to be elite.

The Golden Knights do have a habit of pulling off feats no other team has though. So, I’m not ready to give up, but history unquestionably offers a warning sign.