How Often Do The Golden Knights Coaches Talk About Changing Lines? 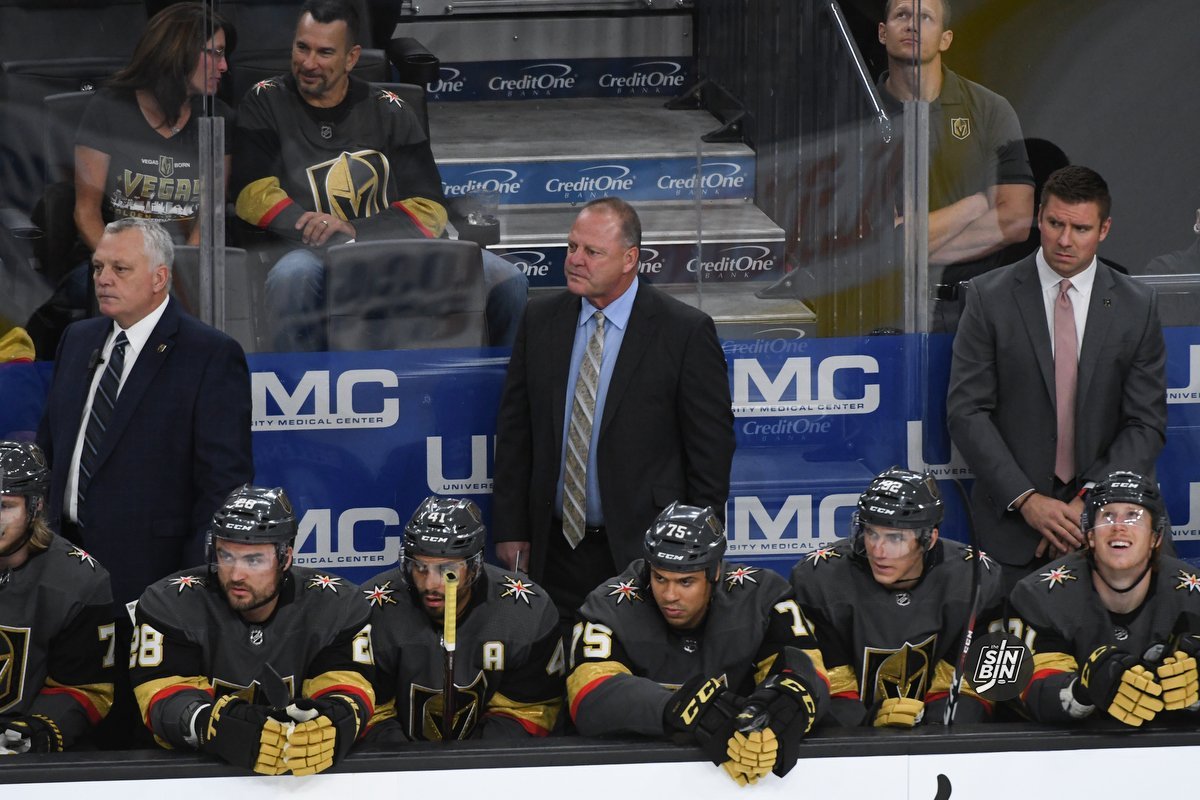 If you are anything like me, every conversation you get into about hockey ends up turning into a pseudo coaches meeting where you consider all the different line combinations and what might be better than what the team is doing right now.

We’re fans though, that’s what fans do. Guess, second guess, armchair quarterback, and criticize when the team isn’t winning. But how often do the Golden Knights coaches actually talk about switching up the lines?

45 minutes this morning. We were going over the lines and that. We do it a lot. I mean obviously when you are winning you just keep rolling the same lines but when you’re not winning and you want to change some things you (go through) who will work with who and what will fit. Sometimes you overthink it but for the most part that’s what our job is, trying to get the best line combinations out there. -Gallant

Tonight, Gallant and Co. will run the lines out the same way they’ve started the last two games.

If you ask me, it’s time to break up the top line. I’ve thrown out ideas such as matching up Marchessault with Reaves, swapping Stastny and Karlsson, or even completely dismantling the top line onto three separate lines.

Gallant isn’t known for radical line changes, but that doesn’t mean they never come up in their daily discussions.

Not too often. Very seldom. I mean we’ve been pretty fortunate for the last year and a half that things are going pretty good. So when you hit a rough patch you try to say the same but sometimes you have to switch up the lines a little. -Gallant

The Golden Knights are searching for answers. They’ve found them temporarily here and there (see Nashville, Detroit, and Tampa) but all in all, they haven’t found the perfect combination.

We know now though that the discussions are happening. If the losing keeps up, it’s only a matter of time before we see something a bit more drastic than what we’ve seen already.