How 122 Minutes Changed The Direction Of The Golden Knights Season 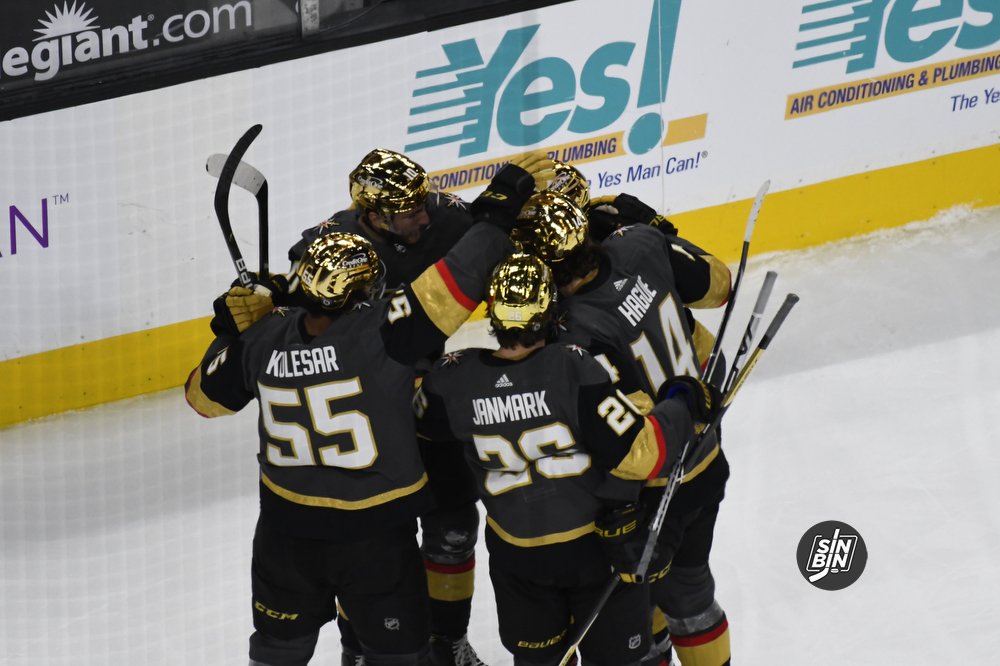 It’s amazing how quickly the tides can turn for a professional sports team. For example, the Atlanta Braves were floundering below .500 in late June, holding the tenth worst record in the National League. Now, Atlanta is three games away from winning the World Series. Okay, maybe the Golden Knights two game Central sweep isn’t of the same magnitude but the tone surrounding the team and the fanbase is a stark difference from what it was on Tuesday afternoon.

There’s no arguing who’s lineup was more talented over the past two games and especially on Tuesday night. Down to their bare bones the Golden Knights did something that not even the organization expected to happen, win back-to-back road games in Colorado and Dallas. It was a tall order but coach Pete DeBoer and his makeshift roster performed as if Mark Stone was leading the way. However, the absence of Stone and others were replaced with gutsy performances by the current, less-talented Golden Knights.

Clearly, DeBoer got through to his players before the road trip began on Tuesday. In case it wasn’t loud enough the de facto leaders (Pietrangelo, Marchessault, Smith, Karlsson, Martinez) made sure the message was heard. Based off their last six periods (and OT) the healthy players were highly motivated and reminded the league on back-to-back nights that their season wasn’t finished.

It was a gutsy road trip. It was a gutsy win again today, short bench, had more guys leave during the game, so we were basically playing three lines. Guys dug deep all week. Tough circumstances and guys found a way. It was a real character test and I thought we did a great job. -Pete DeBoer

One of the reasons Vegas was able to survive and collect four enormous road points was the brilliant play from their goaltenders. As expected, Robin Lehner was Colorado’s foil, and backup Laurent Brossoit put his team in a position to win the game down the stretch in Dallas. Without sharp goaltending this week would look a lot bleaker. Several times over the last two games Vegas could have lost confidence and let the game get away from them. Up 2-1 in Colorado, the Avalanche had more than a period to tie the game but Lehner and his teammates refused to let that happen.

Down late in the game on Wednesday, Vegas easily could have taken the loss and blamed it on rest, unfortunate travel delays, and a continuation of injuries but Jonathan Marchessault had different ideas.

We had a lot of adversity since last night, when you’re a professional hockey player there’s no excuse… You put on your work boots and that’s what we did tonight. We kept it a close game — we were able to get it to the last minute and it was a big game. -Marchessault

Another reason why the panic across Las Vegas has subsided for now, and hopefully for good, was the team’s attention to detail and the team’s inability to wilt. If Reilly Smith were a hip hop artist his top single would be called “Keeping It Simple” and after a loss it would be on repeat. The fifth-year alternate captain has always declared simplicity when Vegas is struggling. It might sound cliché but over the last two games the Golden Knights skated hard both ways, passed it cleanly, protected the puck, went hard to the net and didn’t pass up too many shots. Everything the local team did to win in back-to-back nights can be devoted to hard work and smart hockey. That’s keeping it simple.

What becomes of all this is in the long run is unknown but Vegas will have a chance to make it three wins in a row and climb back to .500 on Friday against the 2-4-1 Anaheim Ducks. With long term injuries lingering the future still looks murky but this week proved the 31st franchise can successfully keep their heads above water. If Vegas performs over the next couple of months like the way they did against Colorado and Dallas their Cup dreams will optimistically live on thanks to the past 122 minutes.