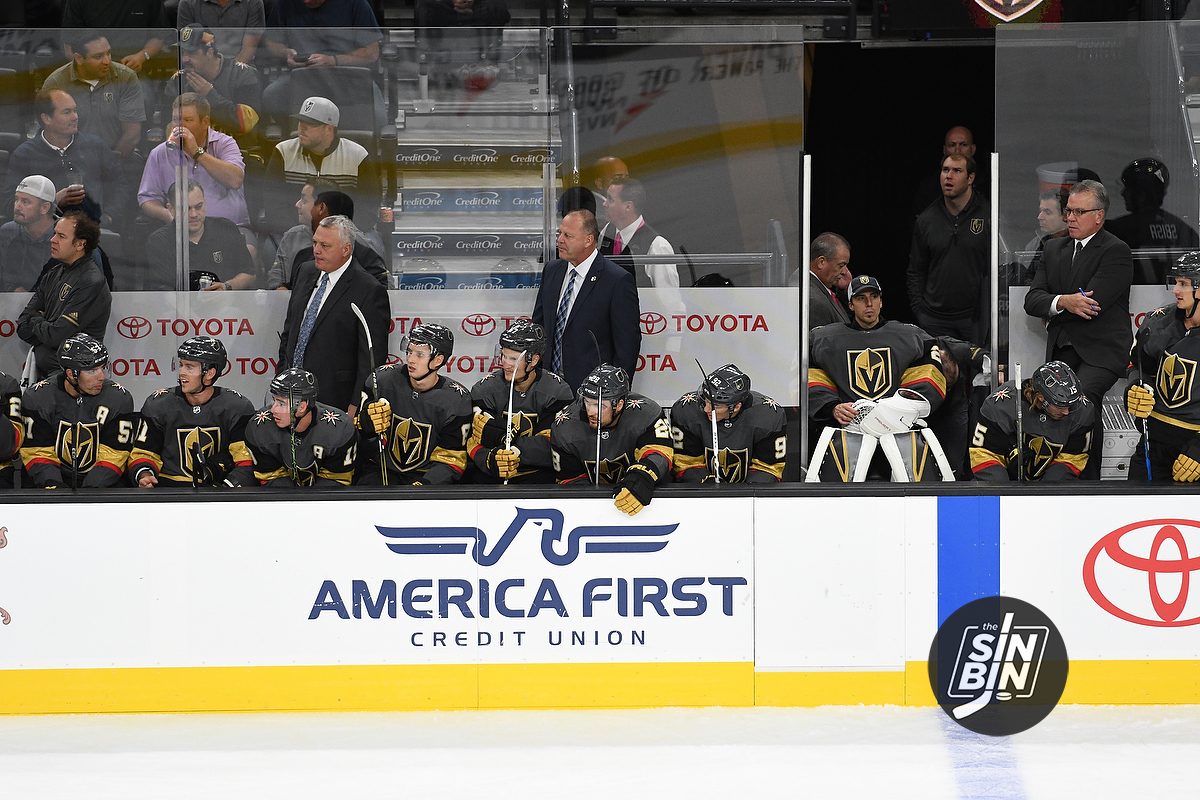 “We pissed away points that we should’ve got.” (Photo Credit: SinBin.vegas Photographer Brandon Andreasen)

A few weeks back, Vegas head coach Gerard Gallant answered my question about Marc-Andre Fleury in a peculiar way.

I can’t tell you the truth all of the time. That’s the way it works, to be honest with you. -Gerard Gallant (October 15th)

Well, that changed after Tuesday’s 6-4 loss to the New York Rangers. We got the brutally honest Gallant.

That’s two nights in a row that we pissed away points that we should’ve got. And tonight was a bad one. -Gallant

For the first time in his brief Golden Knights history, Gallant spoke like a ticked off coach on a two-game losing streak. Not an e-word coach content with a hot start. After two consecutive blown leads, a frustrated Gallant spoke the truth, the whole truth, and nothing but the truth.

We got too many veterans to be learning. We’re a good team, and we’re a better team than that. We’re not a real expansion team, we’re a good hockey team. We play a lot better than that. -Gallant

He wasn’t pointing fingers directly at anyone, but if you are David Perron listening to the coach’s postgame comments, it probably felt like there was a finger pointed right at him. Every time Gallant said penalty, he was talking about Perron. But Gallant wasn’t letting anyone on his team get away with their MSG collapse. Especially, after Monday’s Barclays Center collapse.

We made excuses last night (Monday) and again tonight we sit back defensively and they took it to us. We didn’t respond the right way and sat back instead of trying to attack like we did all game… That’s all on us. We lost the game. -Gallant

To be honest, I like honest Gallant. We’ve never seen this side of the Golden Knights coach. I thought it would take a lot longer before we saw him this furious. In his mind, he’s coaching a playoff contending team, not a first-year organization. Fans against the tank should be thrilled to read Gallant’s comments. Apparently, he’ll never accept pissing away points for better draft odds no matter how badly his GM may want it to happen at some point this year.