It’s that time of year when things in Vegas start to get really hot. Contrary to popular belief around the world, it actually does get pretty cold in Las Vegas (or at least it’s cold enough for all of us that live here), but as the weather turns colder, historically, that’s right when the Golden Knights have started to heat up.

It started the first season when the team got off to a roaring start and then came back down to earth a bit through the month of November. But then, when December started, they caught fire, snapping off a four-game win streak early in the month, ending it by winning eight in a row, and posting an 11-1-1 record through December, with the only regulation loss coming on the 1st.

In Year 2, VGK did it again. They posted a seven-game win streak at the end of December and into early January while snapping off an 18-3-3 record from November 21st to January 8th.

Things didn’t go quite as well the next season, but a 15-6-3 record from mid-November to early January had the Golden Knights in 1st place in the Pacific Division as the calendar turned to 2020.

Then, finally, last year, the schedule was all jacked up due to COVID which means there were no games in November or December. However, the Golden Knights won 11 of 13 including five and six-game win streaks from Game 18 to 28, the exact stretch we’re in right now.

Vegas has won each of their last three games and has dominated the puck for a majority of each of them. They are starting to get healthy and have begun to look much more like the team we’ve grown accustomed to watching over the past few seasons.

We’ve got nine games in 16 days before the (Christmas) break and all really tough tests, particularly on the road, so this is going to be a tough test and we’ve got to build on that last game. -Pete DeBoer

It’s a test that this team has passed with flying colors in the past, and so far they appear to be headed that way again.

Each of the last two games have been against dangerous opponents and the Golden Knights won them in much different ways. They managed to get out ahead of Calgary and hold on as the Flames pushed back, and then last night they fell into a hole due to special teams lapses but were able to storm back and win the game in regulation despite trailing by two in the 3rd period. 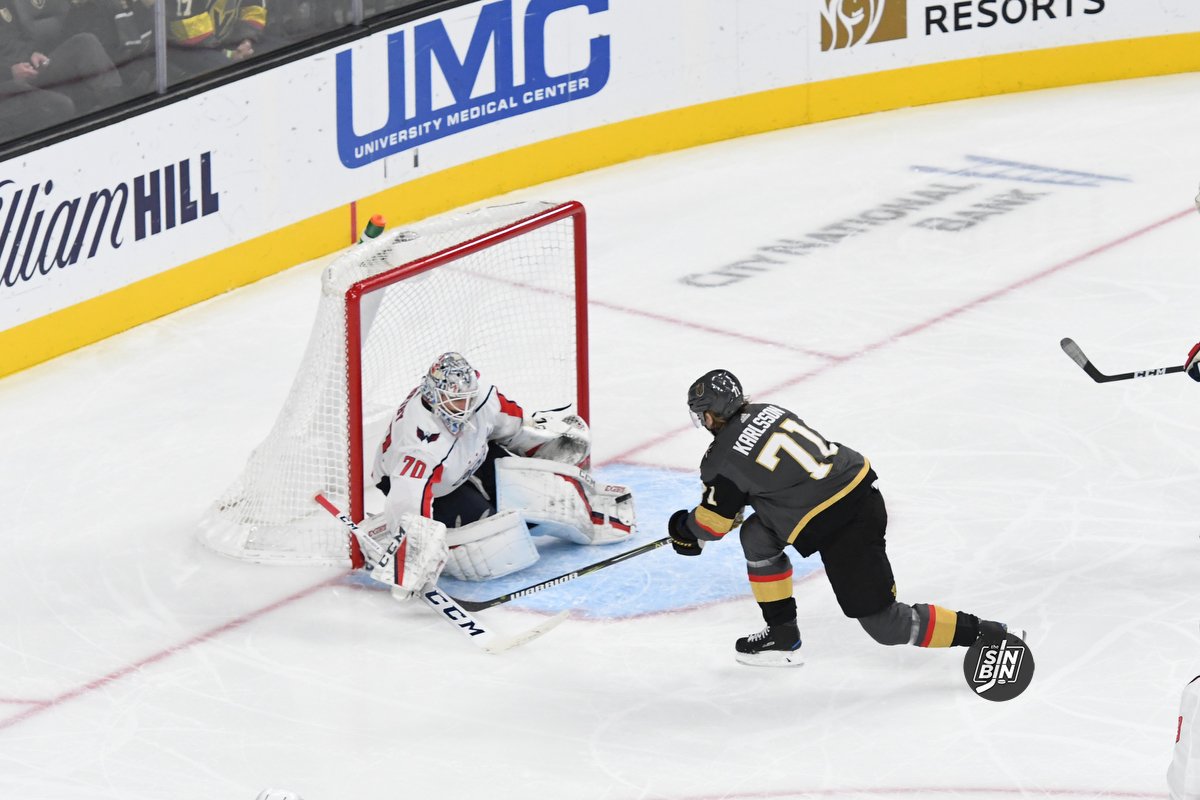 Whatever the reason, now is the time in the season they start to really hit their stride. Many of the biggest regular-season wins in team history have come in this window of time we are currently in. From the Tampa Bay game in 2017 to the revenge game against Washington in 2018 to a number of furious comebacks against St. Louis, Nashville, and Philadelphia, December and January seem to be the perfect time for VGK magic.

There’s no better time than now to start banking some points, and history is already starting to repeat itself for the suddenly red-hot Golden Knights.