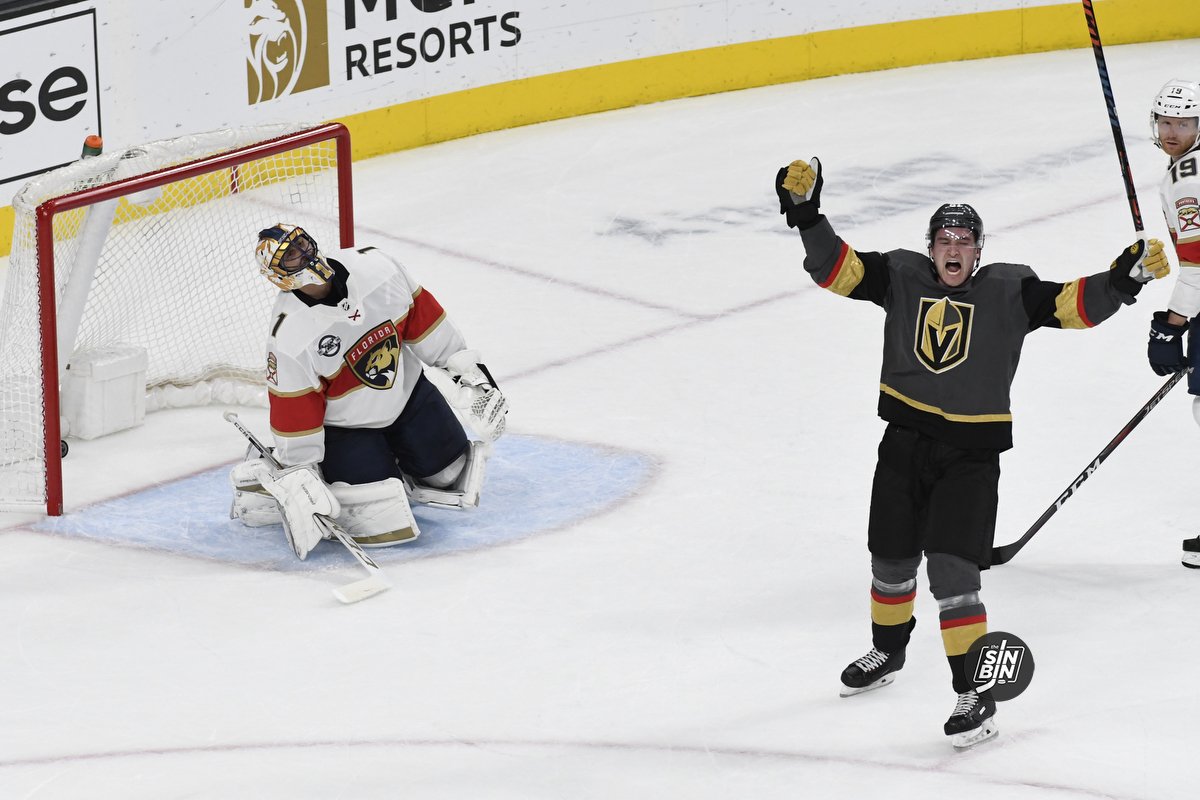 After six games of attempting to balance the lineup by splitting up the Misfit Line and separating Jack Eichel and Mark Stone, Bruce Cassidy had a change of heart late against Colorado that carried over into the following two games.

Instead of utilizing Phil Kessel, Brett Howden, and Michael Amadio to go along with Vegas’ six best forwards, Cassidy opted to load up. He reunited William Karlsson, Jonathan Marchessault, and Reilly Smith, and he created the super line of  Eichel, Stone, and Chandler Stephenson.

The Misfits we know all about. But the other line has come together incredibly quickly and has been just as dominant as everyone imagined it could be.

Eichel, Stone, and Stephenson have been on the ice together at even strength for a little over 27 minutes. They’ve scored four times, have outshot their opponents 26-7, generated 24 scoring chances (14 high danger), and have not allowed a single goal against. Dominant might not even be a strong enough word.

I want to highlight their two best shifts, both of which ended up resulting in massive goals for the Golden Knights. The first was against Toronto to start the 3rd period.

As you watch this, keep an eye on how much movement there is among the players, the variety of ways they generate chances, and how often the puck moves from one side of the ice to the other.

The shift begins with a clean loss off the draw (you all know why I’m pointing this out). Toronto gets it in, but Stone makes a brilliant play to get the puck off the wall to start an odd-man rush. This is the first chance of the shift and it’s created on a defensive zone play. Eichel makes a nasty inside move to get a shot but it’s stopped.

Then the forecheck comes alive as Stone steams back into the zone to stop the breakout. Eichel and Stephenson win a puck battle and get it to Stone alone in front. He’s a bit too fancy with it but he doesn’t give up on the play and VGK win another loose puck. This is where we get our first cross-ice pass, a beauty from Stone to Eichel. Eichel delays and hits another cross-ice pass to Stephenson. Then, loose puck in front, Stephenson wins it and shovels it into the empty net.

The whole shift, it’s eclectic in how VGK are getting it done. From defensive zone plays to lead to the rush, to seam passes to break down the defense, to forechecking, to getting the blueliners involved, to individually skilled plays from all three forwards to finally winning onto a loose puck in the most dangerous part of the ice, this shift really has it all.

This shift against the Sharks is all about movement. Instead of watching the whole play, pick a player on the Golden Knights and only watch him.

What’s amazing is that I didn’t even have to tell you which player to watch because they all do it.

From Stephenson skating around the entire zone on the give-and-go play to create the goal, to Eichel tirelessly working both sides of the goal, to Stone winning battles and being the outlet in the center of the ice the entire play, to Theodore using his skating to open up lanes for the forwards, to McNabb refusing to simply wait at the blue line but instead vacating as Theodore and Stephenson skate into his area moving players with him.

This is what has been missing for years from the Golden Knights’ offensive arsenal. There’s no one specific play or player the opposing team can key in on. Instead, there’s diversity in how they create chances and in the end, it tired out the Sharks and led to a tap-in goal.

These two shifts are absolute masterpieces.