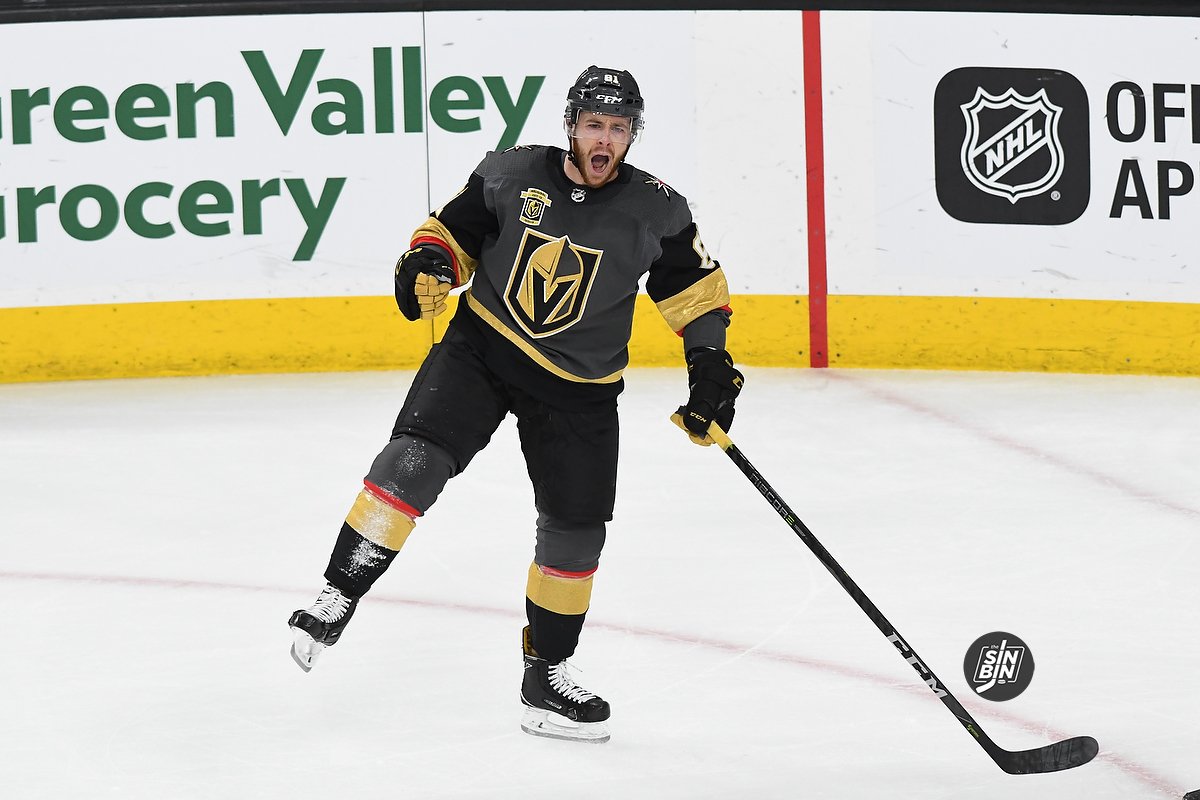 Down the stretch of the regular season, there was a common refrain from most hockey fans, (four-letter word) the Golden Knights.

It seemed like everyone outside of the Vegas fan base was openly, and strongly, rooting against the Golden Knights, almost finding the adversity VGK were facing to be comical. Whether it was tweets directly from other teams or Twitter accounts banding together, it was definitely in vogue to cheer for anyone else in the Western Conference.

Everyone does, everyone roots against us, but it’s all about the guys that we have in that locker room, the ones we battle with. There’s nothing much else you can do. -Shea Theodore

But they still aren’t exactly sure why.

It’s a great question, I have no idea. -Theodore

I’m sad to think of (how the perception has changed.) We would see the last few games that the whole NHL was rooting against us. It’s sad to think that but it’s not necessarily because of one person that it happened like that. It’s just an accumulation of a few things that people were just irritated with us. -Jonathan Marchessault

Usually it’s something players shrug off as uncontrollable and in many ways unimportant, but when you look at the shift in perception from the Expansion team that reached the Cup final to the Year 5 team that miss the playoffs, it’s impossible to ignore.

The question becomes, is it healthy, is it helpful, and can it be harnessed?

People have hated us, everyone wants us to lose and it just fuels us for sure. -Theodore

Maybe for some guys, but not for me. It fuels me sometimes. -Marchessault

My favorite soccer team back home in Sweden is called AIK. Everyone in Sweden hates them. And I do not mind that at all. Cause it’s us against the whole MF world, you know. I love to embrace that so I do not care if everyone hates us. It means that we’ve done something good. -William Karlsson

Or does it add an extra layer of pressure to an organization already working under enormous expectations?

To be honest it’s disappointing. I’ve spent the majority of my career here and I’m as proud as you can get to be a VGK. I’m super proud and obviously I don’t like hearing that so I’ll do everything in my power to change it. Come back on good terms in the world of hockey and maybe the hockey gods will be on our side. -Marchessault

It’ll be up to the Golden Knights to decide whether to go full Karlsson and embrace the role as the NHL’s heel or take the Marchessault approach to “to everything in their power to change it.”

The supposed fuel that it adds has not seemed to show up in the results and The Creator’s recent comments about the team lacking an identity seem to lead toward it being healthier for the team to find their way back to the loveable Misfits as opposed to the Dark Side.

It’s just another layer to an offseason that will either put the Golden Knights directly back on the path of success or send them further into the pits of despair. Whether it’s Vegas or everyone else, someone will get the last laugh by this time next year.