Throughout their series, the Blackhawks used the word ‘heavy’ 31 times to describe the Golden Knights in press conferences.

“They’re a heavy team, they’re heavy on the puck. They make it really tough for you to take the puck off them.”-Jonathan Toews, CHI captain 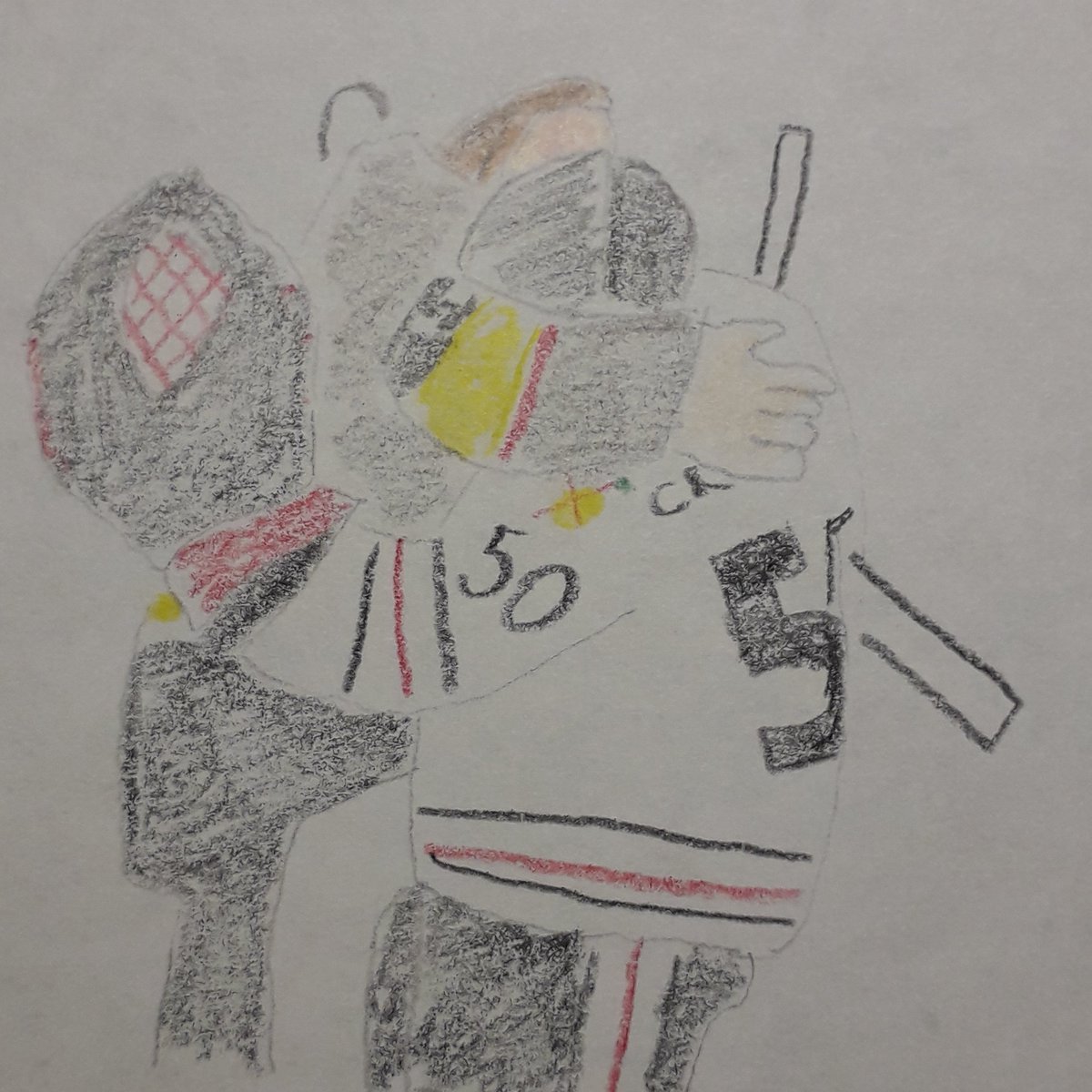 Blackhawks captain Jonathon Toews uses “heavy” to describe two things. Vegas’ size, and their ability to hold the puck once they possess it. It’s no secret, the Golden Knights are big and most of their players are hard to bump off the puck. Which was apparent right from the start of the series.

Mark Stone is 6’4″, 219 pounds but also has the puck super glued on his stick. Alex Tuch is 6’4″ as well, and his skill, speed, and size make it difficult for a defender to strip the puck. Max Pacioretty is 6’2, with the lethal combination of power and a rocket shot. These are examples of being a heavy team, and playing like one.

They play a different game then the Oilers. They’re a very structured, simple team. They play a heavy game. You got to tip your hat sometimes, they play well as a squad. -Calvin de Haan, CHI Defenseman

Blackhawks defenseman Calvin de Haan used the word to describe differences between the Golden Knights and a faster, skill-based team like the Edmonton Oilers. Edmonton has Connor McDavid, but what they didn’t have was the team structure and physicality Vegas has. The Golden Knights get scoring from multiple players, not just two, they defend, and rarely veer from their gameplan.

We know they’re an excellent team. They’re a heavy team, they get on the forcheck and try and hold you down… We gave them some easy ones, easy chances. They score 3-1 and during that stretch we just weren’t very good.-Jeremy Colliton, CHI coach

Chicago coach Jeremy Colliton called the Golden Knights a heavy team after three of the five games. Again, it wasn’t just their size, it was Vegas’ forecheck. When the Golden Knights push the puck with pressure they make teams feel like they’re being weighed down. All twelve forwards have that ability allowing Vegas the fortune to use all four lines.

Then there’s the natural use of the word.

“They got that heavy fourth line that likes to throw their body around. I think we did a good job of being aware of when they were on the ice. They still got their licks in. We have to do a better job of being smart and protecting ourselves by playing with more speed.”-Kirby Dach

Ryan Reaves is the quintessential definition of a heavy player. His size and physical nature makes him an immediate problem for opponents. His thunderous forecheck becomes even more powerful when matched up on the same line with William Carrier. Brayden McNabb could be considered a heavy player, although his defensive ability is what you think of first. McNabb and fellow d-man Nick Holden are both 6’4, and each skate with a little bit of nastiness to them.

While the word ‘heavy’ is used substantially, it’s really a more in-depth way to describe the Golden Knights as a team.  I’ll let Chicago defenseman Duncan Keith explain, who perfectly did so without using the code word.

“They got all four lines. Their top two lines hang on to pucks, have speed and shoot the puck. I think it goes back to all five guys being on the same page.”-Duncan Keith, CHI defenseman

The changes over the past three years positioned the Golden Knights for a deep playoff team. Was it the size they added, or the style of players they acquired? We’ll have to wait and see.