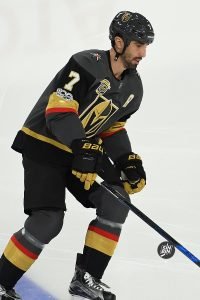 So what does that mean? It means the Golden Knights can freely send Garrison to and from Vegas to Chicago without him having to clear waivers until he plays 10 NHL games or more than 30 days have passed while he is on the NHL roster.So, let’s break down where we are with Garrison at this point.

Add it all up. He’s played in one game (second tonight) and has been on the NHL roster for eight days including today. Thus, assuming he plays tonight, he has a total of seven games left and 22 days until he is no longer exempt from waivers.

So, the reason they keep shuttling Garrison back and forth is not to rack up frequent flier miles, instead, it’s to make sure they slow the clock before he once again must pass through waivers. By sending him back during the All Star Break, McPhee bought himself three days.

Got it? Ok, let me add one more wrinkle. The NHL Trade Deadline is on February 26th. After the deadline passes, the NHL’s active roster limit of 23 disappears, so Garrison could remain on the NHL roster for the remainder of the season. Garrison’s 10th game would be on February 13th against Chicago. His 31st day of service (assuming he’s not sent out again before then) is February 22nd. So, if Garrison remains on the roster, there will be either four games if he plays them all or four days if he is scratched from games, in which he would be subject to waivers. 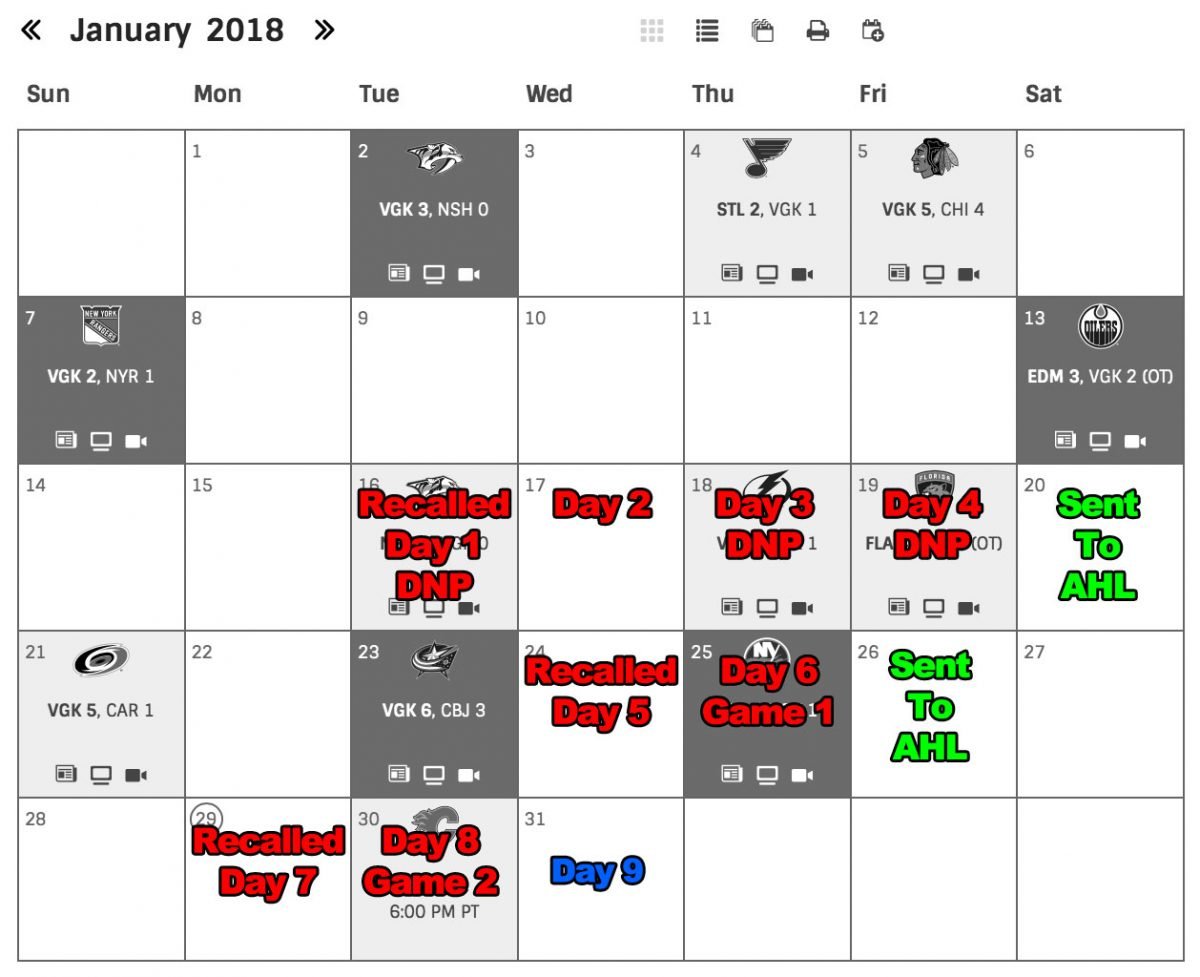 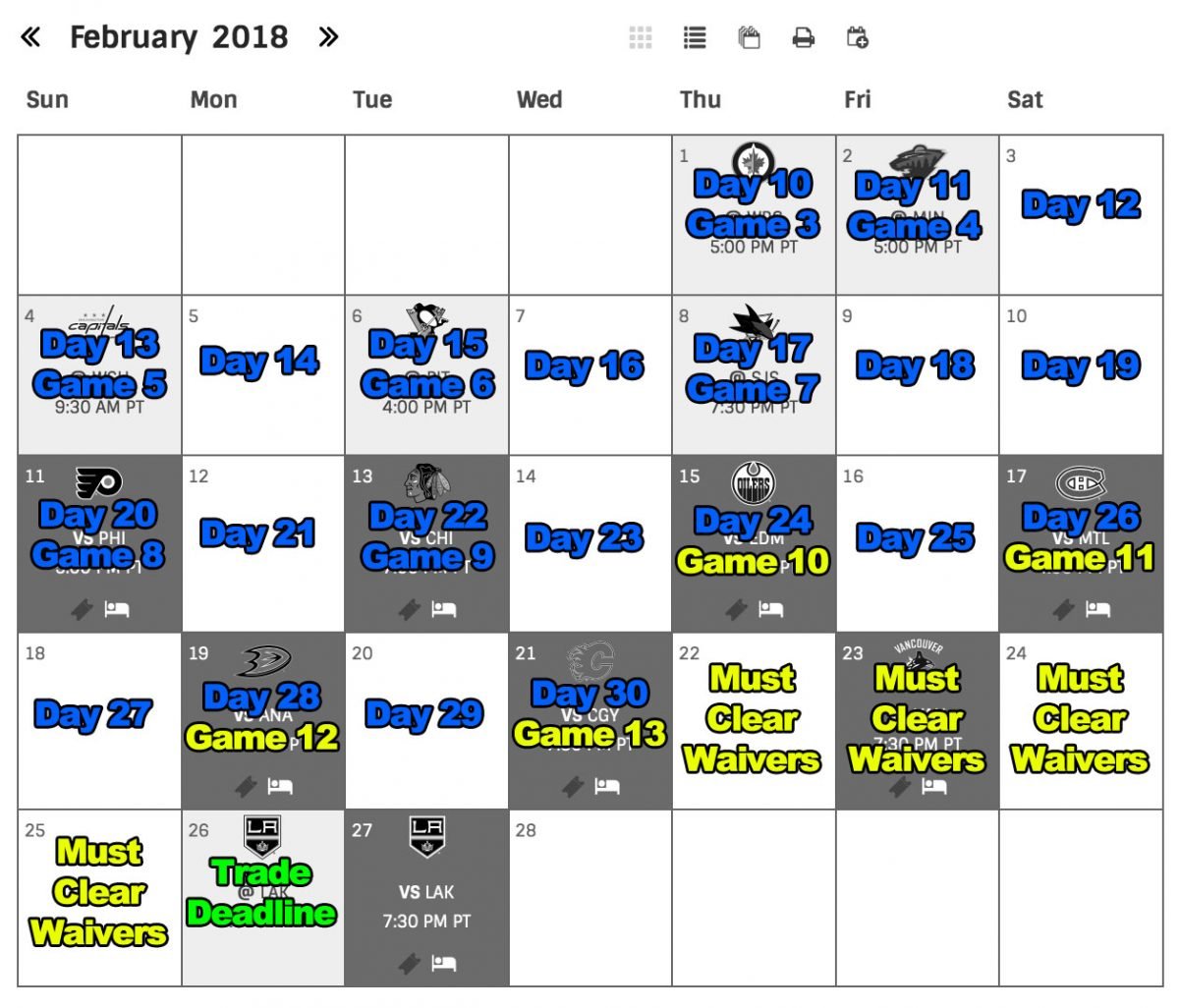 Garrison is a UFA at the end of the season and he’s 33-years old, so he will likely not be spending any more time in the AHL after the trade deadline.

That is, of course, if he remains on the roster when the clock strikes noon on February 26th.