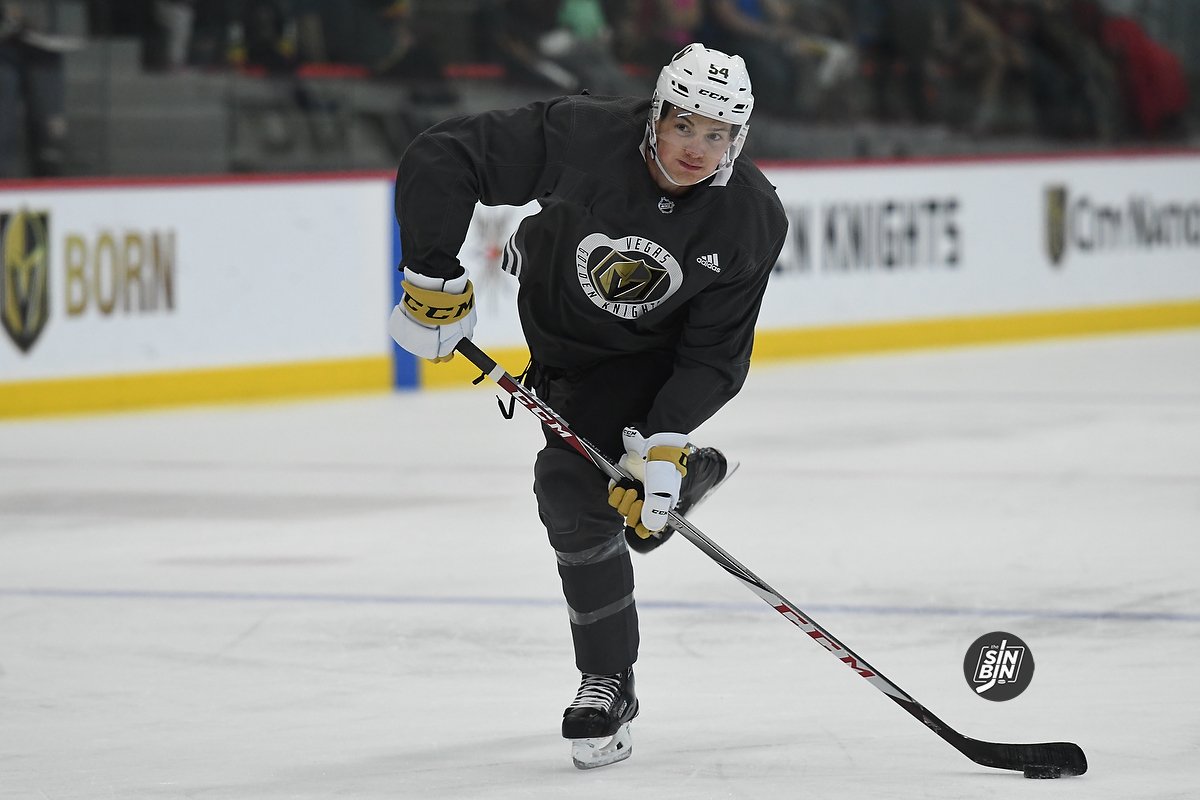 With the calendar turning over from May to June it means the Golden Knights can officially begin negotiations with Nikita Gusev and Jimmy Schuldt who signed entry-level contracts late in the 2018-19 season.

This contract will expire June 1 and then we get working on the second deal. You can’t work on that deal now, it’s a circumvention of the salary cap. So to get him in here it burns the entry-level part of his contract so he can get into a different level of contract in the summer. -McPhee speaking about Gusev on 4/14/19

Gusev and Schuldt are both restricted free agents. Gusev has arbitration rights while Schuldt does not.

The first step in the process for restricted free agents is for the team to extend a qualifying offer. By doing this, they retain control on the player. The player then can either sign that offer or the two sides can negotiate a different deal.

Both Gusev and Schuldt received the largest entry-level salary possible which means they will each be extended equal qualifying offers. According to CapFriendly.com, that offer will be a two-way contract with an NHL salary of $874,125.

It’s unlikely either player signs the qualifying offer. Gusev can, and probably will, file for arbitration. Not because he and his agent expect to go to arbitration, but because it will set a deadline on their negotiation (sometime between the last two weeks of July and the first week of August).

Schuldt will likely take the Shea Theodore path of not signing the qualifying offer and negotiating a longer-term deal. However, due to a relative lack of bargaining power, Schuldt’s shouldn’t last into training camp like Theodore’s did a year ago.

Where might both of those contracts land? Well, let’s go to the history books.

Schuldt’s deal is much easier to look at because we have a few recent situations similar to his.

In 2017, Mike Vecchione signed with the Philadelphia Flyers on March 31st. He played in two NHL games before the season concluded. That year in college he was named the ECAC Player of the Year, was a Hobey Baker Finalist, and scored 63 points in 38 games. Vecchione re-signed with the Flyers on a one-way, two-year contract at $900,000.

In 2016, Brandon Tanev signed with the Winnipeg Jets on March 30th. Tanev was the best defenseman on the team at Providence College before making the jump to the NHL. Tanev played three games in the NHL before three months later signing his second contract with the Jets, a two-way, one-year deal worth $874,125.

In 2013, Drew LeBlanc’s signed with the Chicago Blackhawks. His story is nearly identical to Schuldt’s. Both grew up in Minnesota, each went to St. Cloud State, both were captains of the Huskies, and both were nominated for the Hobey Baker. LeBlanc went on to win the Hobey Baker and signed with the Blackhawks on April 12th. He played in 2 NHL games before re-signing with Chicago on July 19th for $575,000 on a two-way, two-year deal.

So, add it all up and it looks like Schuldt should come in somewhere in the ballpark of $1 million AAV next season. It’ll likely be a one or two year deal and he’ll come to training camp looking to win a job, otherwise, he’ll head to the AHL with the Wolves.

As for Gusev, it’s a lot different. The only other player to ever win the KHL MVP award and come to the NHL is Alexander Radulov who was drafted and signed with the Nashville Predators before ever playing professionally in Russia.

There really isn’t a comparable situation to Gusev’s. Gusev is locked to the Golden Knights because he’s an RFA, he has not played in a single game in the NHL, but he’s proven himself at the KHL, IIHF, and Olympic levels to put him on par with high-end NHL players.

However, this is the Internet, so I’m well aware that in order to publish this article and not have people with pitchforks show up on more doorstep, I have to offer a guess. So here goes.

Vegas gets what could be an absolute steal for three years while also minimizing risk against Shipachyov 2.0 and Gusev gets around $8 million guaranteed with the carrot of becoming a UFA fairly quickly and cashing in big-time if he succeeds at the NHL level.