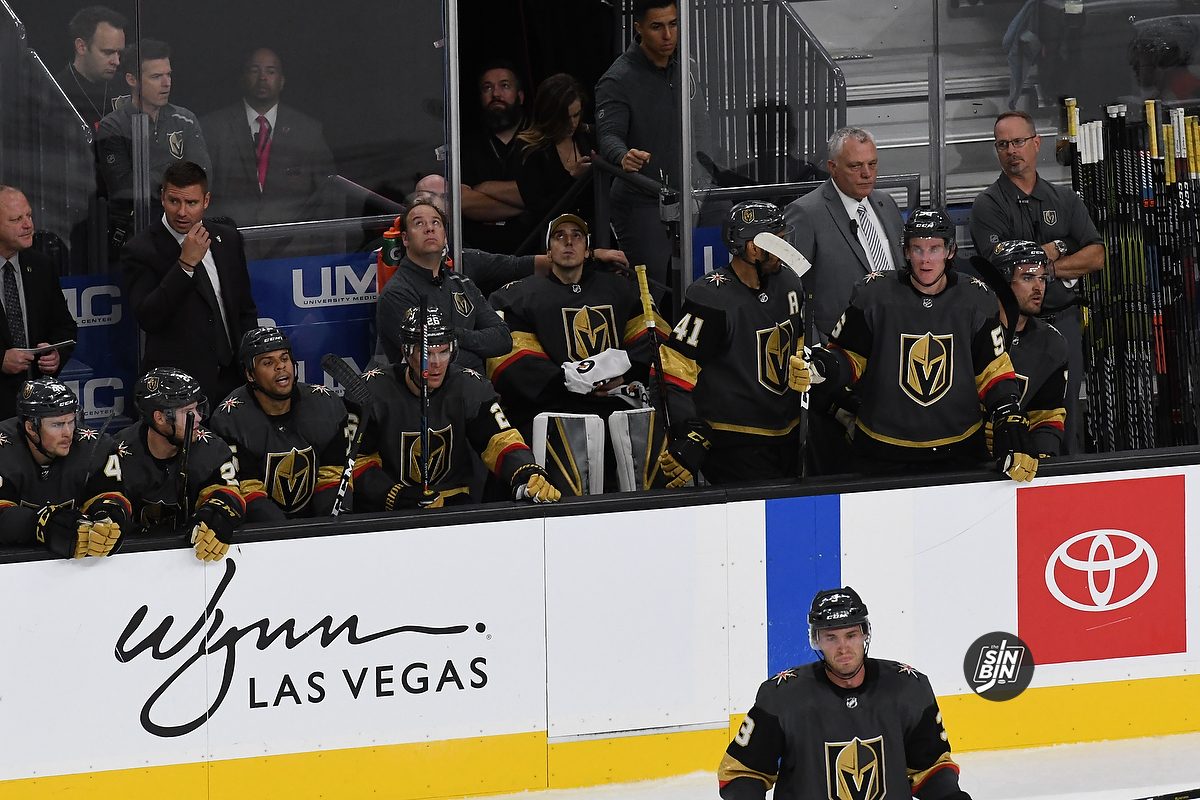 There are Golden Knights fans everywhere, and we love every single one of them. So, today we present you with a Guest Post from across the pond, in the United Kingdom, where Scott Mackay urges his fellow VGK fans not to go crazy over just three games.

Welcome to the NHL, quite possibly the hardest league to win in world sports.

You have to put your body through 82 regular season games to have a chance to see the playoffs and even then you have potentially another 28 games to go. It’s a rollercoaster with ups, downs, sideways and loop the loops. The Golden Knights enjoyed a fairy-tale season and the fairy-tale was rode all the way until the final hurdle. That one just wasn’t our series, it didn’t go our way.

Us Knights fans have been treated to tremendous hockey under the worst circumstances of a year ago and this team became more than a hockey team, smashing records and proving to other fan bases that we are here to stay and more importantly bringing together a community.

At the time of writing, we are 1-2-0. Believe it or not, we have 79 games to go and to see people losing it on Twitter about how much this team ‘sucks’ is really quite worrying. C’mon guys get a grip, I understand that we should have won those games but that’s professional sports, you will win some AND lose some, it’s all part of the rollercoaster. We will be absolutely awful one game and win, we will be amazing another game and lose.

When I first started following the Knights story before they took to the ice it was amazing to see some many people get pumped about having a team to call their own. But what came with it is other fan bases saying that ‘we are on a bandwagon’ and will soon jump off it. I’d hate to see these people be proved right because of THREE games in our second season. I believe that the panic button should not be hit, now, or anytime in the next couple of years, unless of course, they do go complete balls up and the team regresses to a point that they are unrecognizable.

I do understand that we are entitled to criticize how poorly someone has played or whether the forecheck was absolutely shocking, I do it – we all do it. But don’t go down the route of leaving your seats early and refusing to watch the team and even revoking support (believe it or not I saw a tweet stating this). Over on this side of the Atlantic we call those people ‘glory hunters’, where the hunter will conveniently change support to choose a winning team. It’s not a great look.

Let’s not forget the quality is there on the ice, it’s a Stanley Cup Final team! New lines, players and systems take time to bed in. The coaches are the same, we have got the same great GMGM and some brilliant prospects waiting in the wings with great promise. Not forgetting, that we have got the best in-rink crowd in the NHL by a desert mile. It’s all a process and you must trust that it will happen.

Of course, winning is hugely important but remember this team brought our community together when we needed it most, now the team needs us, so get chanting, bring the noise and ‘keep calm and carry on’, win or lose. Welcome to the NHL.