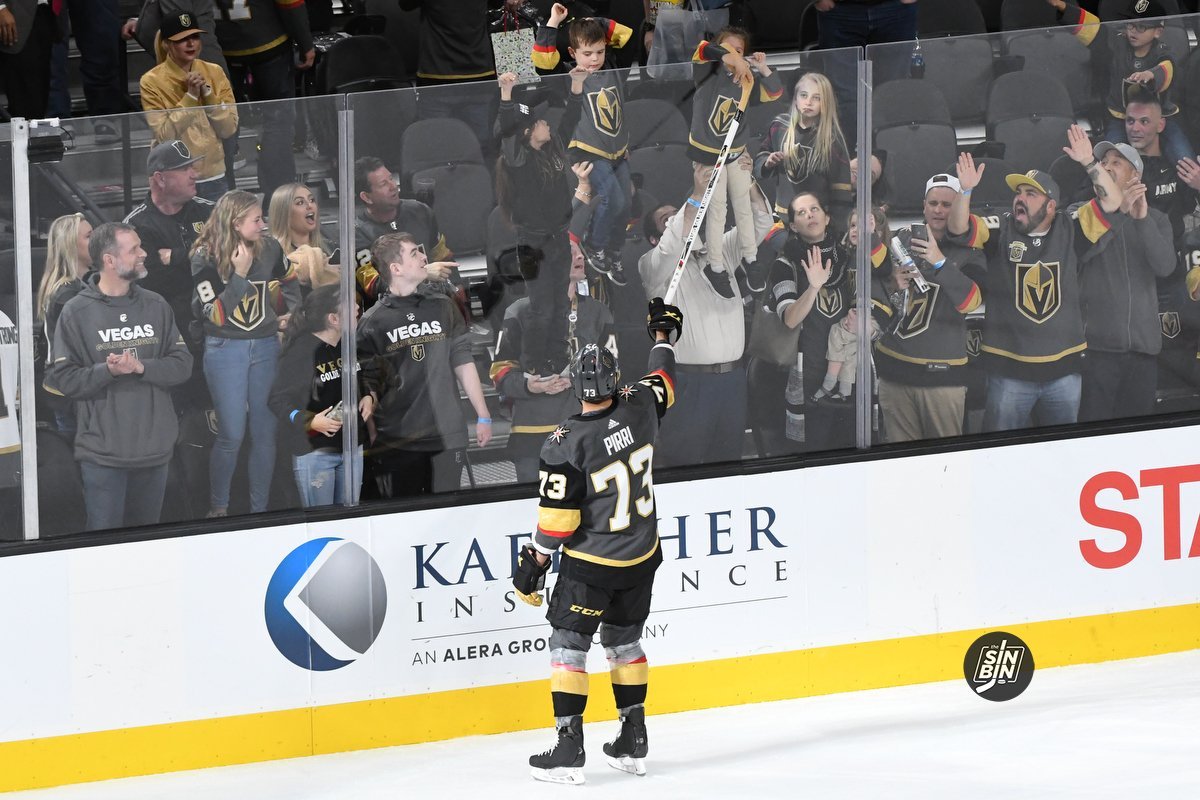 The signing of Brandon Pirri was a bit of a shock for most, but today’s guest post author, Brock Lammers, explains why keeping #73 around makes perfect sense.

At the Final Press conference of the 2019 season, Brandon Pirri said it was all about opportunity. He just wants to play in the NHL. The Knights have listened and they have signed him for 2 years $1.55 million. This isn’t the biggest contract he has signed in his career but it is a good contract for Brandon given the point he is at in his career.

Brandon Pirri is no doubt an NHL caliber forward, as demonstrated by his 10-game 2019 midseason scoring streak. I thought the Knights might have traded him last season. He was hot and his contract was expiring. It felt like there was value in a piece they were potentially set to lose, but they opted to not only keep him, but he remained on the roster through the rest of the season and the playoffs. This tells me that the Knights see something in him.

With the trade of Erik Haula and Ryan Carpenter leaving to free agency there are some open forward positions for Pirri to take. Pirri is a very exciting player with good speed and an excellent stick. He seems to always find himself in a great position for prime scoring chances. His net presence makes him a good asset on the offensive side of the puck. Pirri has also stepped up his defensive game which was one of his notable flaws last season. Many think this was the reason that he struggled to stay in the lineup and many believe if he fixed this aspect of his game he could claim a permanent spot in the lineup.

Game 7 of the 2019 First Round was the best game of Pirri’s career in my opinion. He was all over the ice, aggressively forechecking, had a good defensive stick, and of course, always creating offensive chances. If his play remains consistent with his Game 7 performance I believe he would be a good candidate for a starting slot on the opening night roster. However, with the depth of the Knights roster at the forward position, any sign of inconsistency is a sure way to become a healthy scratch.

His game 7 performance was what the Knights were looking for all year from him and they got it at the most crucial time. With two forwards already gone and another one or two potentially on the trade block, Brandon Pirri is more than an insurance plan, he’s a legitimate 3rd line option for 82 games.