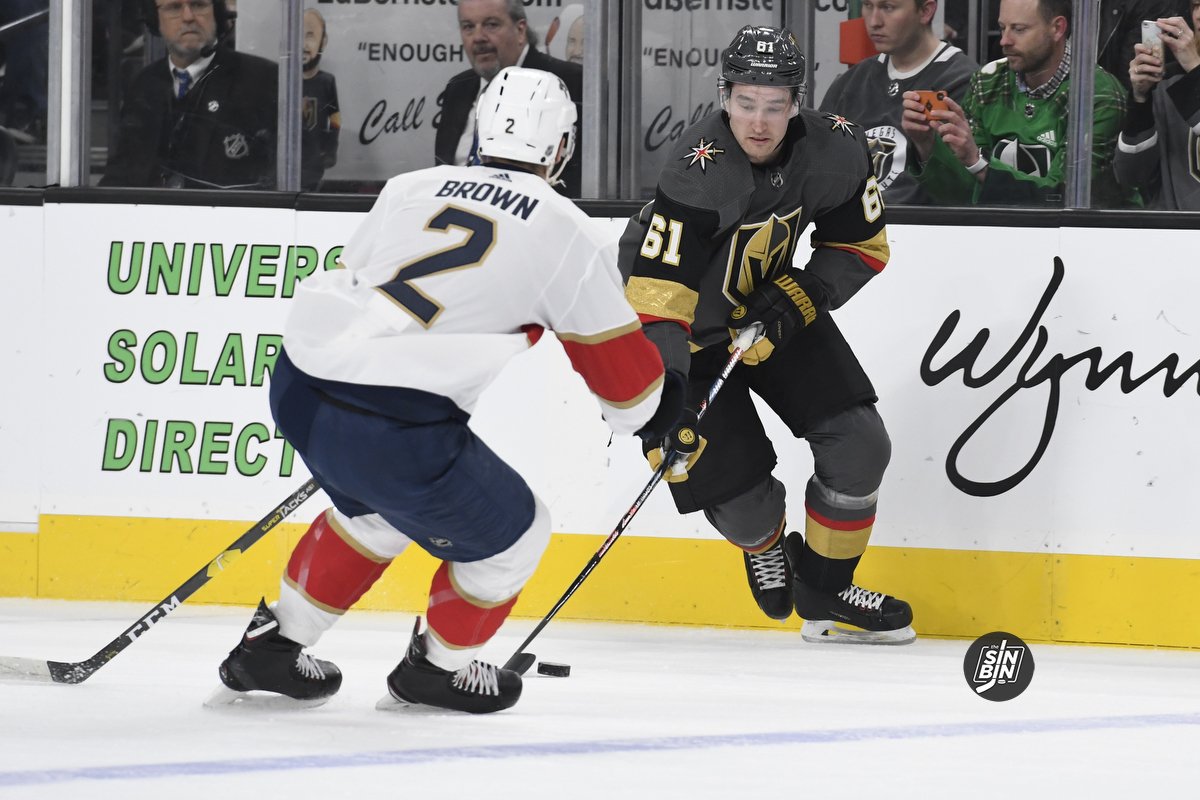 The Golden Knights were in a peculiar spot at the trade deadline this season. They were the reigning Western Conference Champions who believe they upgraded the team in the offseason, they were also firmly entrenched in a playoff position and had as good a shot as anybody in the West to make another run. However, they were mired in the worst slump in franchise history, the magic of the inaugural season appeared to have worn off, they still viewed themselves as a new franchise without a bevy of prospects in the system, and they struck out mightily at the deadline a year ago.

That led to speculation ranging all the way from trying to make the blockbuster, to sitting still and doing nothing, to even selling and focusing on the future like they were supposed to be doing last year. The fact of the matter was, all options were truly on the table for George McPhee, and he had to choose the right one.

In the end, we know how the story goes, they made the biggest splash at the deadline not only acquiring Mark Stone but signing him to a mega-extension keeping him here through 2027.

However, behind the scenes, it looked a bit different.

A lot of people were talking about us ‘big game hunting’ all week and we really weren’t. –George McPhee on Two Man Advantage Podcast

McPhee says he didn’t think the Golden Knights were going to do anything. Then things changed on deadline day, he saw we he thought was a bargain and he went for it.

We had talked to (Ottawa) five days before that and it seemed like it was a lot and we just weren’t going to participate in it, and then a couple of teams dropped out and we got a call and we were back in and we pursued it. -McPhee on Two Man Advantage Podcast

Obviously, McPhee and his staff had ideas of what they would like to do, but as few as 12 hours before the deadline, he wasn’t sure any of it was actually going to come to fruition.

We were trying to find a player that might make sense but when we listed the players Mark Stone was Plan A, if it made sense in terms of price and contract, and we thought if we don’t get Plan A we probably don’t do anything because this is when mistakes are made, at the trade deadline and on July 1st. This was Plan A and it actually worked out. -McPhee on Two Man Advantage Podcast

As the deadline approached though, Plan A ended up not being the only bargain that may have cropped up.

It all goes back to a discussion McPhee and his staff had prior to the previous deadline, when they made up their mind that the current version of their team is good, like, really good.

So we had a good team and we had a good discussion one day looking at the team and saying we could trade some of the free agents at the deadline and try and rebuild a little bit, but there’s no guarantee five years from now that the team we would have would be better than the one we have right now, so why not make this one better? Why not go with these guys? They are young enough, they are good enough, they’ve got terrific team chemistry and character, so we’ve stayed with it. -McPhee on Two Man Advantage Podcast

They added then and they added now. In both cases, they added players with term. Tomas Tatar eventually turned into Max Pacioretty and this year’s piece was Stone.

It’s something that so often gets lost in sports when it comes to trades, that future assets also come with risk. In a way, banking on 19-year-old prospects and draft picks can be just as risky as mortgaging the future to supplement the present. The way professional sports are designed there’s an inherent risk in every decision.

McPhee and Co. recognized that the team they were trying to build down the road was already on the sheet of ice below their offices. So, they pushed the timeline forward. Instead of waiting for Erik Brannstrom, Nick Suzuki, and a bevy of draft picks to turn into stars in 2025 (which they still might), they cashed them in now to make an even better team in 2019. Time will tell if they were right or wrong, but the fact that they were able to look in the mirror and completely change courses of action should be exciting for Golden Knights supporters.

The best news for Vegas though isn’t that the team is in win-now mode, it’s that they didn’t go all in for just one roll of the dice. This isn’t the Columbus Blue Jackets who hung on to multiple UFAs that are likely to leave while giving up assets for a couple more guys that may be rentals as well. No, the Golden Knights should be in it for years to come.

This year I felt like before the trade deadline we needed a little jolt. We just needed a little something, and I believe we’ve got it. -The Creator on Vegas Hockey Hotline

**Both interviews sourced in this article are must-listens. The first is about a 15-minute interview with George McPhee by Pierre LeBrun and Craig Custance at the GM Meetings, which can be found here. The second is almost a full hour with The Creator on Vegas Hockey Hotline with Brian Blessing, that one’s here. Both are terrific and give tons of insight on what things looked like for the Golden Knights at the deadline.**