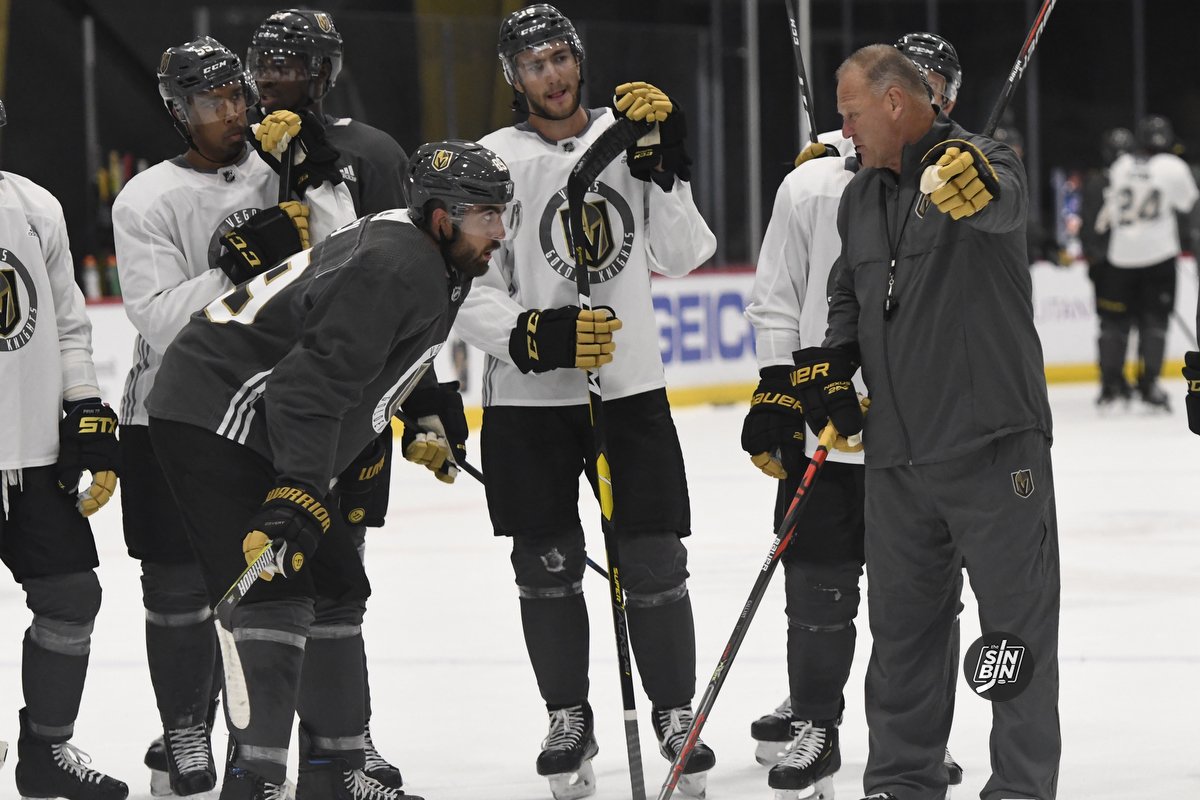 The stories began to leak after the Toronto Maple Leafs relieved Mike Babcock from his coaching position. Former and current players spoke out about Babcock’s harsh, critical style hidden behind his success. Then more stories came out by past players, stories that were very concerning.

Not very surprising the things we’re hearing about Babcock. Apple doesn’t fall far from the Tree, same sort of deal with his protege in YYC. Dropped the N bomb several times towards me in the dressing room in my rookie year because he didn’t like my choice of music. First one to

Akim Aliu broke open the door when he accused former coaches of being openly racist. Aliu’s claims were taken seriously enough that Calgary quickly parted ways with coach Bill Peters for his involvement a decade ago. They weren’t claims anymore, the nightmare stories by former players were sadly proven right. Peters resigned and the league is better for the swift actions.

Most teams got a chance to address the controversy over the past two weeks, so we thought it was time for the league to hear from some of the Golden Knights.

Guys coming out saying that got yelled at, if you’re a hockey player you have to have tough skin. If you’re getting yelled at you probably just have to brush it off. I don’t know. All of these stories coming out about the past is a little weird but this stuff about berated guys, racism and that stuff is important and needs to be discussed and taken care of. -Ryan Reaves

Ryan Reaves didn’t hesitate to call out Peters for his racist actions but he doesn’t want the outpouring of other stories clouding Aliu’s serious accounts.

Akim Aliu comes out with the racism story, that’s an important subject. That’s something that needs to be dealt with but the four or five other stories that came out seems like they’re just trying to catch a story and try and be part of a story that isn’t really there. There are certain subjects that need to be dealt with and then there’s certain things that are just noise. -Reaves

Twelve year NHL veteran Max Pacioretty has had his share of uncomfortable moments in his career but he’s never witnessed any form of abuse.

I can’t relate to any of the negative stuff that’s been coming out but often times in a team sport environment you can’t always be everyone’s best friend. You got to pick your time and spots when to be hard on guys and I think that accountability is present on pretty much every good team. -Max Pacioretty

Same goes for #75, he’s never seen any of the accusations firsthand.

I’ve never been on a team that had that. I’ve seen coaches and players battle, and sometimes they didn’t quite like each other. There’s going to be heated moments, it’s a heated sport. Sometimes the emotions get the best of you but I’ve never been a part of anything that crossed the line. -Reaves

In his time in the league, Pacioretty has seen coaching styles change to better fit today’s athlete.

Yeah, I’ve definitely seen different approaches from coaches. They used to come down on the young guys in terms of being hard on them. It seemed there weren’t as many young guys on the team, and when they did come up, coaches wanted to make sure they weren’t too comfortable and they made sure they played the right way. Often times the old school mentality was to be hard on the young guys but I’ve never seen anything that was over the edge. I definitely had some hard coaches to play for, and at the end of the day, all of the hard coaches I played for were the ones I feel made me the best. -Pacioretty

Both Golden Knight players showed their concern and support towards the former players that were emotionally and physically abused by coaches but they were also concerned with the piling on. It gives the sport of hockey a black eye, maybe undeserved.

Just because it’s coming out in hockey only doesn’t mean it hasn’t happened in other sports. You can’t tell me that there haven’t been heated battles in football or basketball. You see it sometimes on the sidelines. But you don’t want to hear any of that for sure, it’s not good for the game. You want to be talking about the actual sport and what’s going on on the ice. -Reaves

Yeah, it’s no good for everyone. Some of the stories you can’t believe that stuff happened. It’s shocking. At the same time, I’ve had coaches yell at me. I’ve had some coaches say things to me that in the heat of the moment I was pretty upset about but at the end of the day no one’s crossed the line with me. Most coaches know how to handle their teams and individual players. -Pacioretty

Gerard Gallant has been coaching in the NHL for almost two decades, so he’s seen the old and new ways of handling players. However, in his eyes, he’s always had the same philosophy.

I think if you ask my players what type of coach I am I think they feel like I'm a teammate of theirs. Can't comment on anyone else but that's the way I work." -Gerard Gallant

His players absolutely agree with him, Gallant is just like one of them. A teammate. That style, Gallant’s style, is the changing of the guard. Coaches across the sport should approach their players the same way.