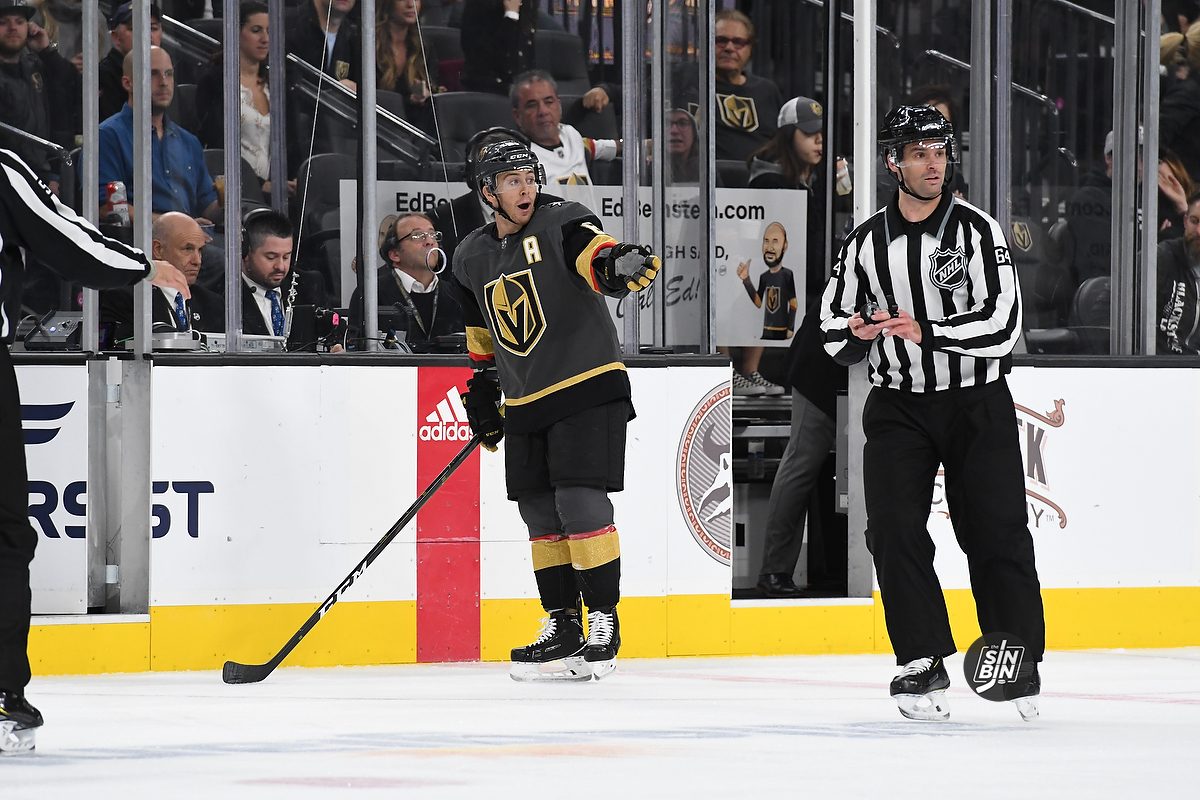 Yeah, this is how we feel about the season so far too. (Photo Credit: SinBin.vegas Photographer Brandon Andreasen)

We know this term gets thrown around WAY too much, especially when it comes to Game 14 of an 82 game season, but if the emotional leader calls tonight’s game against the Hurricanes a must-win, it must be a must-win.

It’s a big game for us. We definitely need to win. -Jonathan Marchessault

Okay, fine, he didn’t say must-win, but “definitely need to win” is close enough for me. It’s kind of unimaginable, that on November 3rd we’re talking about important games for the Golden Knights, but this is reality when a team is already four points out of a playoff spot and have their bags packed for a four-game road trip to the other side of the continent.

This is a team with expectations. We set the bar high for us. We know it’s going to be harder, but it’s nothing we can’t handle as a group. -Marchessault

It’s not just the two points that the Golden Knights want, it’s more that this team is a franchise that’s experienced nothing but winning, and they are sick of losing.

If you’re ready for a game, they better be must wins. I hope guys think this is a must win game. Not because it is, but every game is a must win. -Gerard Gallant

In Florida, Marchessault and Gallant faced a slow start which ultimately costed Gallant his job. While we’re nowhere near that situation here, the bigger point is that Panther team was never able to regain a playoff spot.

This is definitely a slow start. We’re not where we want to be. Nobody is going to feel bad for us. So we got to get out of this hole, keep battling and turn our luck around. -Marchessault

Tonight is the perfect spot for #81 and his teammates to turn things around. Carolina comes in with an acceptable 6-5-2 record, but have lost three straight including an overtime tilt in Arizona last night. Carolina fell into a 3-0 hole in the 1st, only to climb back to tie it, and then lose in OT.

We’ve been told there’s a locker room full of leaders. So I’m sure it’s eating at each and every one of them to come home from their road trip empty-handed. Tonight is a game that could help the Golden Knights set themselves straight. And I’m sure that’s the message Marchessault is spreading around the room.

2017 Draft Class Has Had Success In The NHL, It’s Time For VGK To Take The Plunge And Give Pick #15 His Shot