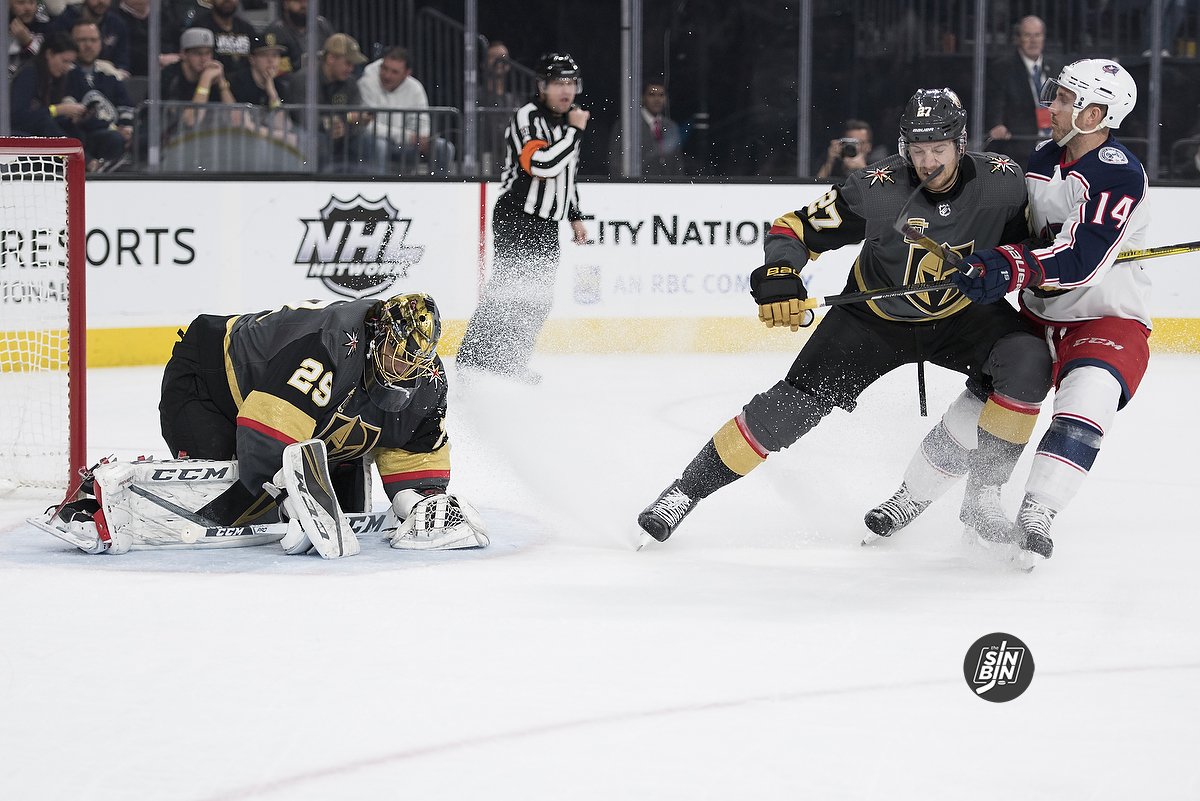 One of the most overlooked stats in hockey is zone starts. NHL coaches go to great lengths to get the correct players on the ice at the right times, but when examining stats, very rarely will you see a nod to a player’s zone starts.

When judging defense we like to use stats like +/-, Corsi, goal percentage, and defensive point shares. However, it’s important to consider deployment when taking all of this into account.

There’s no question that Theodore has become the Golden Knights’ most effective offensive weapon from the blue line. That’s why the coaching staff have used him in a role much different than that of Nate Schmidt and Brayden McNabb.

The difference between the top of that list and the bottom is massive. Hague and Theodore are drawing offensive zone shifts more than 6% more than the team average while McNabb and Schmidt are finding themselves starting in the D-zone around 6% less than the average.

Plus, Vegas likes to deploy Schmidt and McNabb against the opposing teams’ best player. They’ve drawn the lion’s share of minutes against Nathan MacKinnon, Connor McDavid, Elias Pettersson, Jamie Benn, and Patrick Kane over the past few games.

So, when you look at Schmidt’s 50.7% Corsi For compared to Theodore’s 55.1% it’s easy to say that Theodore has been the better and more impactful player. However, adding in zone starts and strength of competition should change the narrative a bit.

Ryan McGill, the Golden Knights assistant coach who runs the bench for the defense, is doing everything in his power to place Theodore and Hague in offensive situations and Schmidt and McNabb in defensive situations, and it’s working, especially since the change to VGKD 2.0.

Theodore’s offensive game is starting to shine through, Hague has been excellent in the offensive zone despite being snake-bitten, and Schmidt and McNabb are holding down the D-zone.

The roles are defined and the players are starting to thrive in them and that’s just how the Golden Knights like it.

Even if Schmidt’s stats don’t.

This is the story we referenced in the podcast from last night. It's a must-read if you have any interest in this subject.

Following his emotional press conference on Wednesday, I spoke with Robin Lehner.

He clarified his statements regarding the NHL's handling of COVID protocols as they relate to mental health, & expanded on specific undelivered promises.

This is also loaded up to all of our podcast platforms.

Here's our "podcast" episode giving our thoughts on the Lehner speech, the NHL's response, and what happens next. https://sinbin.vegas/special-podcast-on-robin-lehners-speech/

Here's our "podcast" episode giving our thoughts on the Lehner speech, the NHL's response, and what happens next. https://sinbin.vegas/special-podcast-on-robin-lehners-speech/

No Periscope but Jason and I are heading into the studio to chat about Lehner's speech today. We'll post it tonight.

"I respect him and I'll always have his back no matter what." -Mark Stone on Lehner's comments from this morning