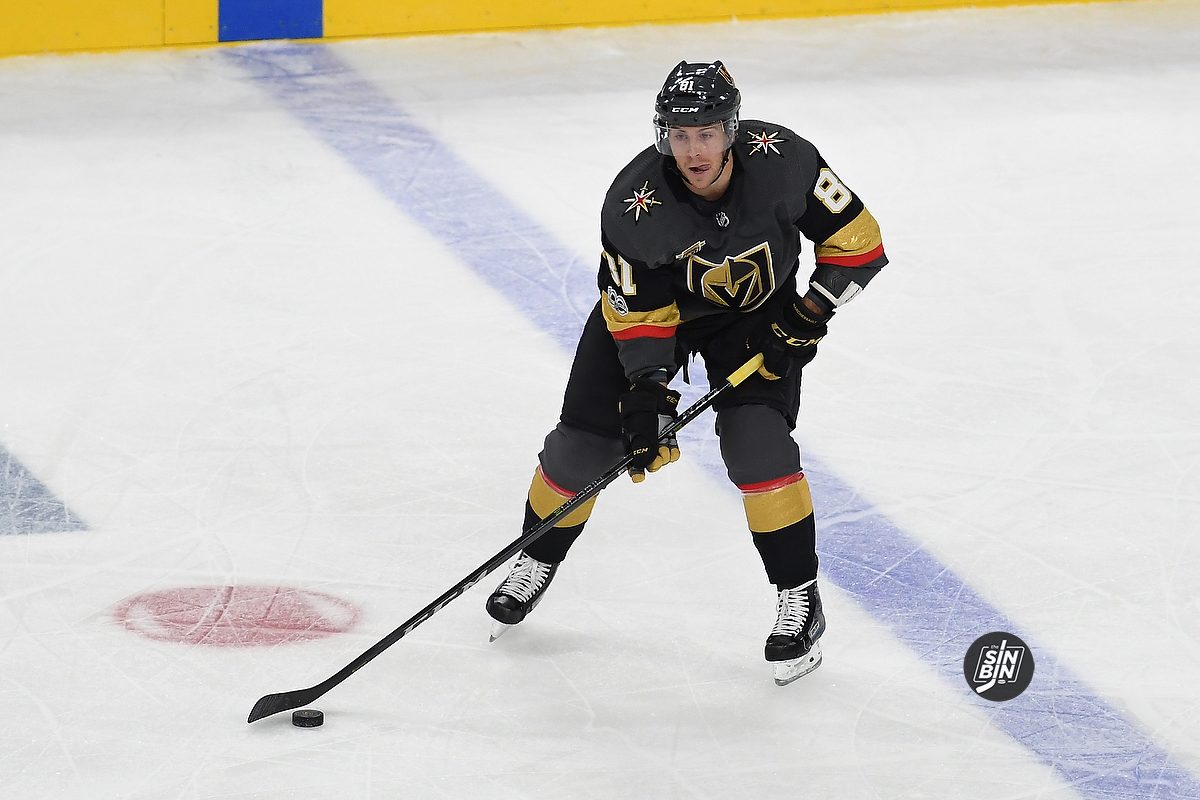 Since February 21st, the Golden Knights have played eleven games against teams in or fighting to get in the playoffs. Vegas went 4-5-2 in those games losing to Anaheim, Columbus, Los Angeles, Minnesota, New Jersey and San Jose. One thing in common with all of those teams is their urgency to win.

Ever since February teams have stepped their game up. We did also. -Jonathan Marchessault

You could see it in the game in San Jose. There was a playoff intensity, pace, and attitude and the Golden Knights matched it despite not having the same desperation as the Sharks.

We don’t necessarily need a playoff lineup, we need to have a playoff mentality. That’s by playing the right way and that’s what we’re focused on right now. -Marchessault

Definitely. When you play teams that are playing desperate, that’s when you tighten down, watch all the turnovers and really just play the right way. You have to be consistent in the final stretch leading into the playoffs. -Shea Theodore

Playoff mode isn’t just about picking up the intensity on the ice though.

It’s a fun time the of year. It’s definitely a hard time of year on the body but at that time you just need to rest, eat well and be ready for the next challenge. -Marchessault

While his players are openly discussing the postseason, All Star head coach Gerard Gallant is still maintaining his signature “take it game-by-game” mentality.

When we get the X beside our name, if we do that, then you’ll have your perfect playoff lineup… if we’re lucky enough to make the playoffs. -Gallant

Coach, you just played game 74 and you have 100 points. Lighten up a little, will ya?