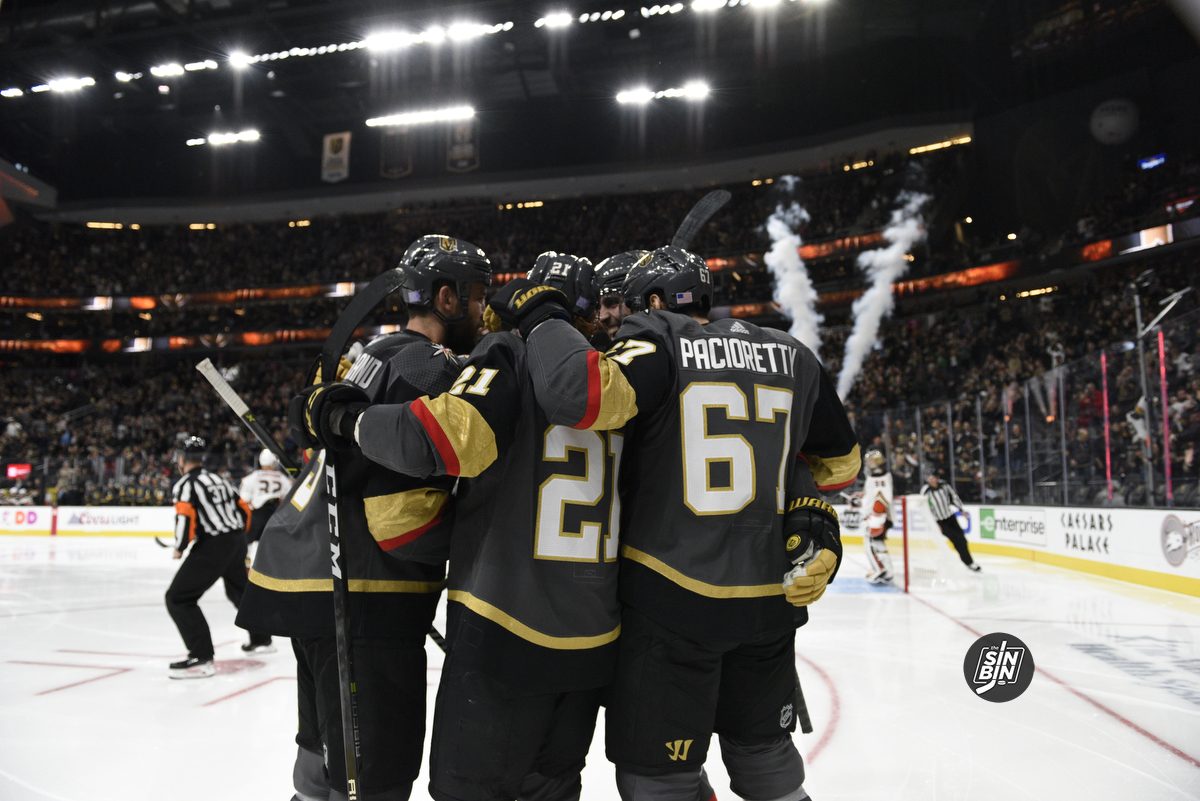 Who would have ever thought five games in seven days would be a blessing rather than a curse? (Photo Credit: SinBin.vegas Photographer Brandon Andreasen)

It was a weird quirk in the schedule. Five games in seven days including three road games and two back-to-backs. And the Golden Knights came into it with just 19 points in their first 21 games.

To put it politely, this past week had a realistic chance of breaking the Golden Knights. Instead, they won four of the five games, which were all division games, and went from seventh place to third in the Pacific Division.

We talked about it, I mean like you said it was five games in seven days and the guys need a lot of rest so there wasn’t much practice time, very little if any. The biggest thing we did was we knew we had to win these hockey games. We knew we had to get back in this race and start to competing and playing real well and I think our game’s back right now. We played excellent hockey in four of the five games and that’s why we got a little streak here so we just have to continue to play the way we are playing and like I said guys are starting to get some confidence and feel good with their game. -Gerard Gallant

Rather than the Sunday, Monday, Wednesday, Friday, Saturday marathon that was last week killing the Golden Knights, instead it may have jumped started them.

It was the perfect time, when you are feeling good about playing your game, to play often. When you like the way things are going you don’t want to sit back and think about how great you are you want to put on the gear and go play a game. -Max Pacioretty

The Golden Knights had been mired in inconsistency used a tough schedule to their advantage and even despite laying a complete egg in one game, they may have played their most consistent five-game stretch of the year.

We’re playing some very good hockey. We said it time and again, some of those losses we liked the way we were playing and we figured if we kept going that way that our bounces will come. You don’t want to make excuses for losses but when you play this sport you worry about the process and for the most part this year we feel with the exception of a few games that the process has been there. Now we are starting to feel comfortable and maybe that extra 5 to 10 percent of trying to make that extra play to score a goal and help your team win a game. -Pacioretty

The schedule doesn’t ease up yet either. Next is yet another three game road trip, their fourth such trip of the year. Then they return home for three of four, but then head back to the East coast for their fifth 3+ game road trip with games in Brooklyn, New Jersey, New York, and Columbus including another road back-to-back. 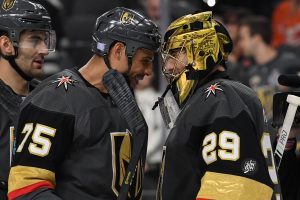 This guy had a pretty profound impact on VGK surviving the week too. (Photo Credit: SinBin.vegas Photographer Brandon Andreasen)

When all is said and done, on December 18th, the Golden Knights will have played 22 road games to just 14 home games.

If they do indeed make it through and find themselves once again competing for Lord Stanley’s Cup again, we may very well look back at the first half of this season and say it gave the Golden Knights the one thing they were missing from their tremendous inaugural season, adversity. If this team makes a run, they’ll be battle tested, something the 2017-18 Golden Knights couldn’t ever say they truly were.

Everyone Is In Hockey’s Fight Against Cancer