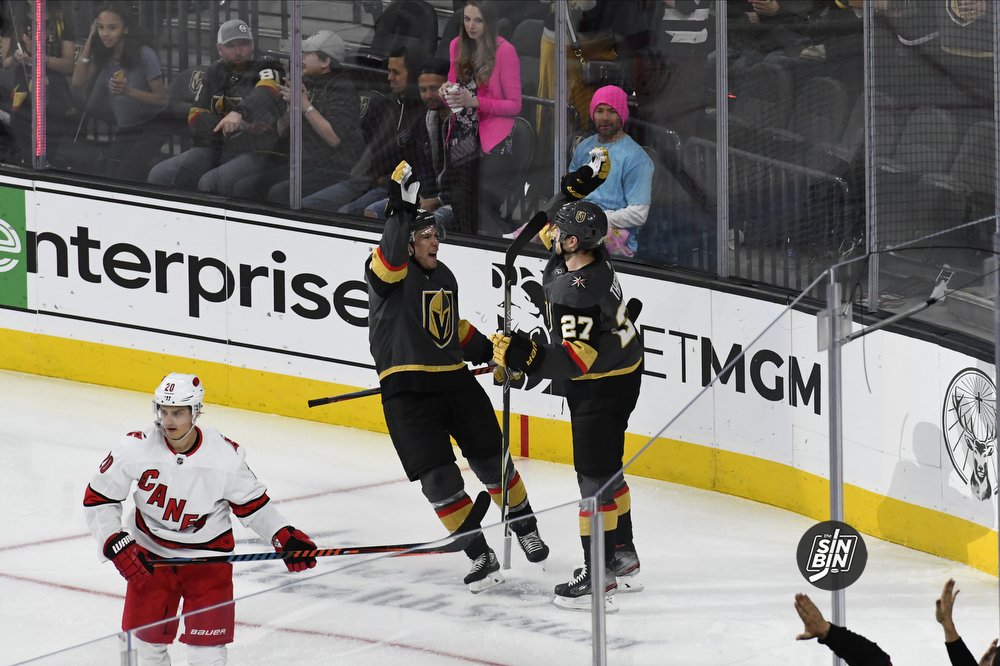 Just 9% of Smith’s points have come on the power play. In fact, he had four points while playing shorthanded and played almost an identical number of minutes on both (135 PP, 134 PK). Karlsson’s numbers aren’t quite as drastic, but they are similar. Of his 46 points, just eight came on the power play while five were shorthanded.

That means Tuch is going to have to be the main scoring threat. While he has shown that he can absolutely be that, it’s a lot to ask of a player who is in the middle of a disappointing season.

It’s not all bad though. Tuch and Karlsson present major challenges for penalty kill units when it comes to entries and Schmidt, Martinez, and Smith will make keeping the puck away from this unit nearly impossible.

The power play struggled a bit in DeBoer’s tenure. They’ve scored 12 goals on 55 opportunities (22%), but four of them came in the same game against St. Louis. Take that one game out and Vegas was converting at just a 16% pace. They scored a power play goal in just eight of DeBoer’s 22 games and only scored twice in the same game once.

Personally I think special teams are going to be huge. You’ll get certain opportunities in playoff games that can change a game or even a whole series. So that’s something we’re really trying to harp on and really trying to nitpick at right now. If we can jump into these games with a good power play and a good penalty kill it’ll make a world of difference. -Reilly Smith

Vegas should be one of the best teams in the conference at even-strength, so all they have to do is make sure special teams doesn’t give games away. The first unit looks dominant on paper and might be so good that the questions surrounding the second become obsolete. If the Golden Knights find success on the power play, they could end up living in Edmonton for quite some time.