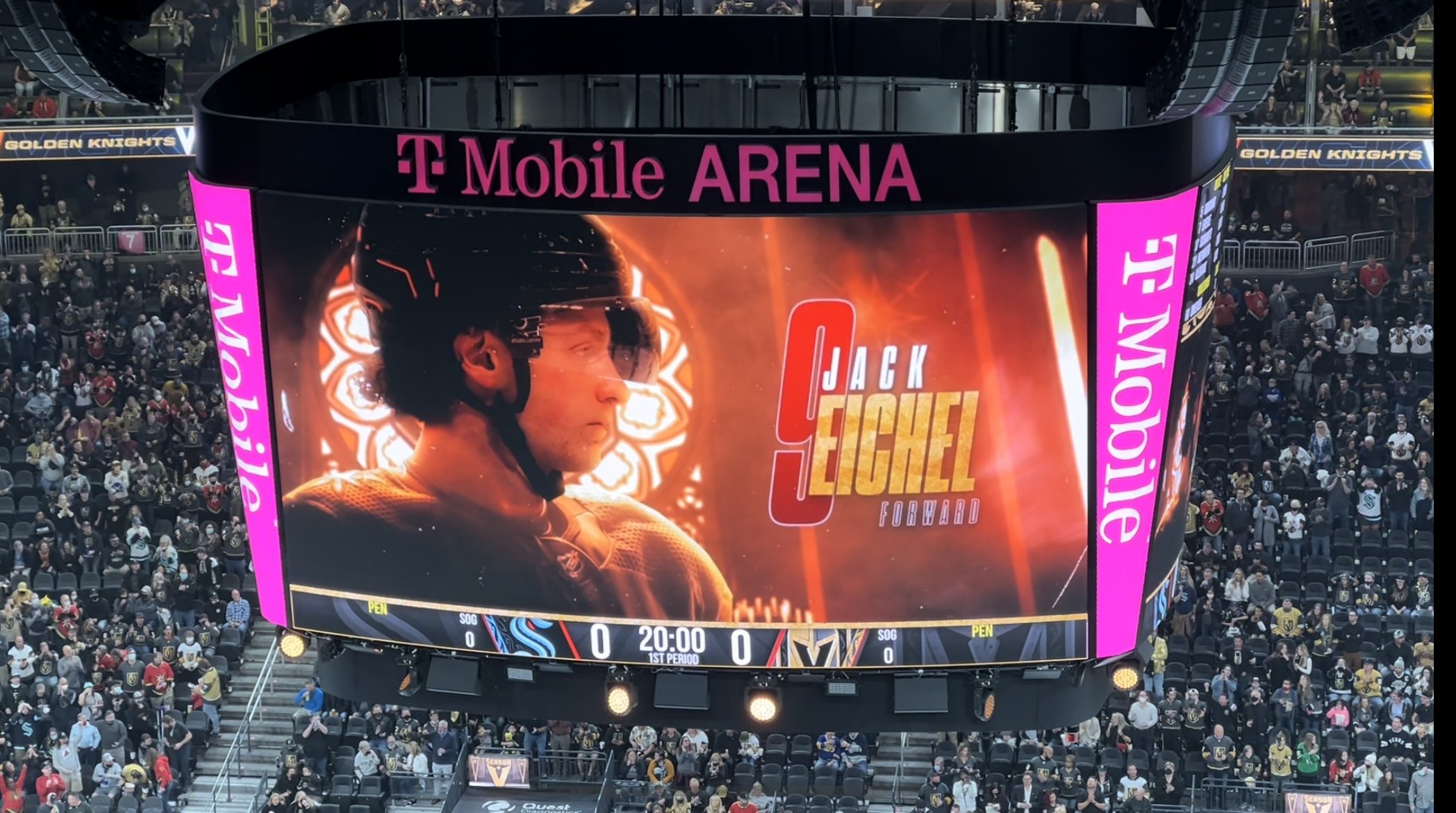 It’s becoming easier and easier to hear and see the frustration coming from the Golden Knights during their current five-game road trip. As the losses pile up some of the players are acting a bit out of character. Honestly, after the last few weeks who can blame them. In early January, Vegas was sitting comfortably in a playoff spot leading the Western Conference by three points. Now they stand 21 points behind the conference-leading Colorado Avalanche and hanging on to a playoff spot by a thread.

The rapid descent in the standings is taking a toll on Vegas’ players and coaches. After yesterday’s 6-4 loss in Columbus, a normally mild-mannered Chandler Stephenson was unfiltered about his club’s inability to win.

Everybody has to dig deeper, grab their nuts and just work. That’s the bottom line. -Chandler Stephenson

Stephenson seemed tired of making excuses and answering questions about how and when will the team turn things around. Like other teammates, they don’t have the answers, so they vent. Including coach Pete DeBoer.

We’re four games into this trip and I could argue we could have won every one of the games, but we found ways to lose. And that’s troubling. We’ve got to stop the bleeding. -Pete DeBoer

Four days ago newcomer Jack Eichel gave his now infamous postgame riff after Vegas’ 3-1 loss in Buffalo. Eichel’s disparaging remarks about his former supporters are still trending in trash talk history. Many in Vegas have already forgotten and really don’t care what Eichel’s feelings about Buffalo are. That’s fair, frankly, I don’t care much either. However, it was an opportunity for the 25-year-old to come out on top, but he chose the heel route, and that’s resonating around the league, especially in Buffalo.

Let’s chalk it up to emotions, and give Eichel a pass for being out of character. After all, it was his first toe stub since becoming a Vegas Golden Knight.

I think he’s pissed off. I hope that he reflects on it and recognizes he could have handled the situation better and differently. He’s rattled right now. -Brian Gionta on After The Whistle Podcast

In the 2015-16 season, Brian Gionta wore the ‘C’ for the Buffalo Sabres. A young, 19-year-old Eichel flourished under his captain’s leadership. The 2015 second overall pick registered 56 points (24 Goals, 32 Assists) in 81 games and finished fourth in Calder award voting. In Eichel’s own words, Gionta was a big influence on him early in his career.

He’s been a great pro and it was great for me to learn from him my first few years. I’ve never heard anybody say anything bad about him. It speaks to his character as a player, a person, a husband, a father. His work ethic and ability to overcome the challenges in his career… He’s somebody l grew up watching and all of a sudden I’m sitting a few stalls away from him my first years in the NHL. It’s an unbelievable career and I’m just happy I was able to be a part of it.-Jack Eichel, August 2018

It was at the fanbase, it was at the organization. It meant more to Buffalo; the city, the fans, the players than it did Vegas. He was pissed off about it. -Gionta on After The Whistle Podcast

Back in 2019, a few weeks after Mark Stone had been traded to Vegas he made some light comments about his new location that didn’t sit well in Ottawa.

These are the type of games you want to be playing in as a hockey player. If I wasn’t having fun, I’d probably still be in Ottawa. -Mark Stone, April 2019

The next day the newly acquired Stone asked the media if he could clarify his comment. He expressed his full love and respect for Ottawa, the Senators, and their fans. Once the message was revealed to fans in Ottawa things were smoothed over. It’s possible Eichel will eventually have his own retraction. In defense of the VGK’s top center, Stone wasn’t battling through a torrid stretch of poor play.

That’s the real reason Eichel was understandably pissed off. His current team is sinking while he was getting booed off the ice by the fanbase he played in front of for seven seasons. How can you blame him? The loss stung either way it’s sliced.

The true Jack Eichel came out. That’s Jack Eichel. That’s edgy, that’s forceful. Like a lot of great players he can be a sore loser. I think that one really hurt him. -Elliotte Friedman on 32 Thoughts Podcast

There’s a lot of pressure on Eichel, Stephenson, DeBoer, and the rest of the team. Pure and simple, the Golden Knights need to save their season immediately. And while it may come off as crass, immature, or even delusional the boys deserve some leniency.

After all, it’s not like Eichel was badmouthing Calgary, Colorado, or Tampa.