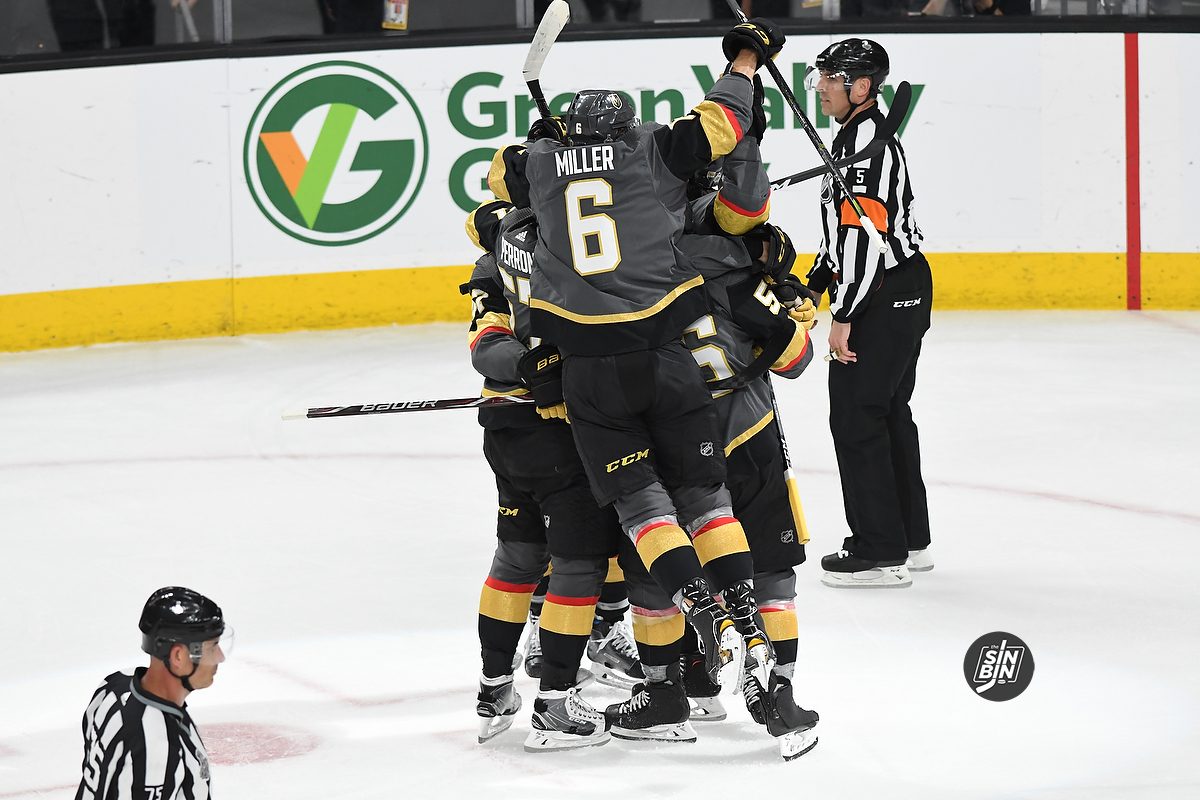 I’ve only played in one opening night game. I played 8:30 minutes but still had fun watching my teammates come from behind in entertaining fashion. Who am I?

In my third NHL season, I finally cracked the opening day roster. My team ended up losing to Colin Miller’s Bruins. Three Bruins players had two goals in a non-division conference game. Who am I?

My first NHL game was opening night in 2014. Opponent Reilly Smith scored the first goal of the game on a power play. It was an early East Coast, out of division battle. I wasn’t on the bottom line but blocked shots, of course. Who am I?

I still haven’t cracked an opening night lineup, but I think I’m going to at T-Mobile Arena tomorrow. Who am I?

I’ve played in six opening nights and I have 8 full seasons of play. Also, I have played opening night with three organizations, but there will almost certainly never be a fourth. Who am I?

In the first opening night with my second team, I had an assist and Brandon Pirri had a power play goal and an assist. I was second only to Ryan McDonagh in TOI. Who am I?

My first opening night I played top four minutes, and played against Pierre-Edouard Bellemare who got called for a boarding penalty. I should play tomorrow, but damn am I tired from my day on Tuesday. Who am I?

On opening night in 2008, I had a hat trick on four shots on net. I haven’t recorded a hat trick since. Who am I?

After I was traded I had to wait for the lockout to end before I played in my first opener. The season opened in January, kind of a weird feeling. We played the Phoenix, not Arizona, Coyotes. My teammate Jaromir Jagr had a four-point night. Oh, and Reilly Smith was his linemate. Who am I?

When I have played in October my teams are 5-0. However, I’ve never played on opening night. My last team played against Perron, Reaves and Stastny on opening night… but I wasn’t called up until February. Who am I?

In my first NHL opening game, the Sharks beat my team 4-0. Martin Jones was my teammate and he had to relieve our starting goalie. My linemate made some wacky comment about being better than the Golden Knights last year. Who am I?

My first opening night game was with a Metro team I scored 1:43 into the game… Last year I was +1 and witnessed history. I also probably shared a hotel room with my friend William. Who am I?

I started off slow in last year’s opener. I played minimal minutes and registered no hits. However, I had 5 the next night in Arizona. Hopefully, I’ll get in the lineup against Philly. Who am I?

In back-to-back opening nights, my team beat Toronto 4-3. I scored goals in both of those games. Also, in those same back-to-back years I was awarded an “A” and a “C.” Who am I?