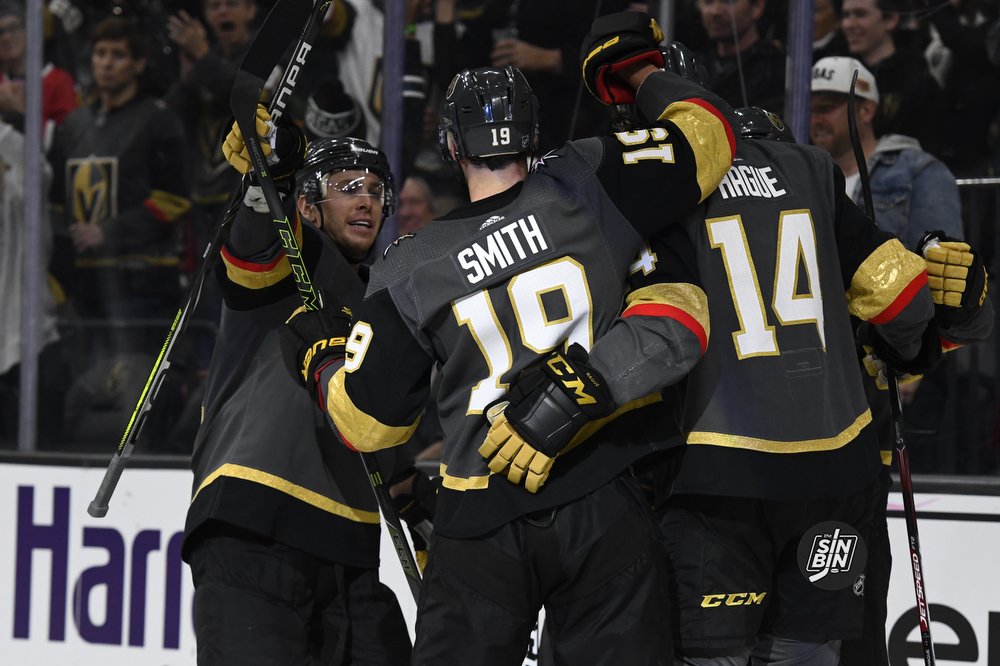 It’s not a terribly common situation in an NHL game anymore, but when the Golden Knights find themselves in a 4-on-4 spot, they’ve made the most of it.

Vegas has played 32:35 of 4-on-4 time this season, the 6th most in the NHL, yet no one has scored more goals with both teams short a man. The Golden Knights have tallied five goals and have not allowed any while playing 4-on-4 hockey.

Small sample size aside, the Golden Knights are almost more dangerous at 4-on-4 than on the power play.

The key for Vegas in 4-on-4 has been the defensemen. Both Shea Theodore and Nate Schmidt have two points and Jon Merrill and Nick Holden also each have a point. Between them, that’s six points in less than 60 minutes of combined ice time. The Vegas blueline only have a total of 60 points in 38 games, yet they have six in less than one game at 4-on-4.

As far as the forwards, Max Pacioretty, Jonathan Marchessault, Reilly Smith, and William Karlsson all have at least four individual shot attempts despite none of them playing more than 12 minutes.

No matter how you slice it, the Golden Knights are dominant at 4-on-4. Anyone else up for a petition to change the overtime format back?

Expect Another Active Deadline For The Golden Knights; But No Rentals